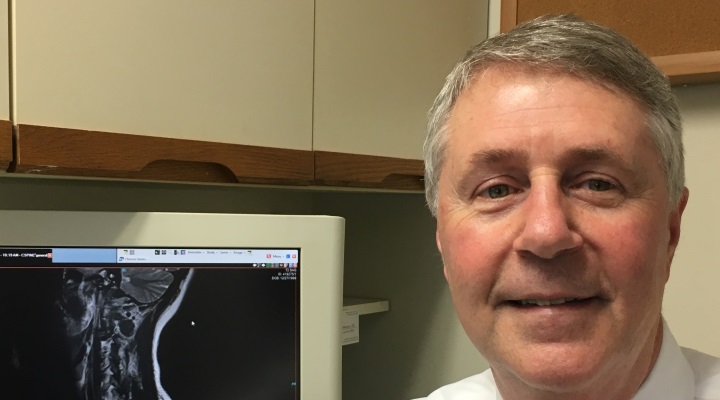 Dr. Donald Littlejohn, DC is a Chiropractor who built a thriving practice in Chester, New York. He dedicated the past thirty-four years to helping and assisting his patients. In addition, Dr. Littlejohn has worked with patients across four generations and has yet to consider retirement in the near future. In fact, Donald enjoys the busy yet productive as well as rewarding lifestyle that he has worked tirelessly to achieve today.

Donald Littlejohn grew up in Scranton, Pennsylvania. He was the eldest son and the first child of his family to attend college. While pursuing higher education, he was awarded a trumpet scholarship and completed his undergraduate studies at Susquehanna University in Selinsgrove, Pennsylvania. There, Donald Littlejohn earned his bachelor’s degree in music. Upon graduating from college, he spent the next seven years playing trumpet professionally while teaching music in the public school system. However, Donald Littlejohn quickly identified flaws in the public school system and thus decided to take command of the life he wanted to lead.

Donald Littlejohn’s next goal in life was to exert his full sovereignty over his life and his finances. As such, he redirected his focus on opening a solo chiropractic practice. In order to do so, he returned to college and attended the New York Chiropractic College in Seneca Falls, New York and graduated in 1985. By 1986, he and his loving wife Debbie found the best area to launch the chiropractic practice – Chester, New York.

Dr. & Mrs. Donald Littlejohn share time with their family whenever possible. They have a son and a very cherished grandson. In addition to the strong ties that he maintains with his family, Donald Littlejohn is an avid skier, hiker, and enjoys backpacking trips primarily in the Adirondack, but also all over the world. He likes gardening and working with his hands. Aside from his personal life, he acted as President of the New York State Chiropractic Association in the past but remains an active member of the organization today.

How did you get started as a chiropractor? What inspired you to do so?

I kick-started my career with a bachelor’s degree in Music. As such, I was a high school band director for seven years but ultimately felt a bit limited in my position. I quickly decided I was going to be more accountable for my own actions and wanted to take more control of my own life. In addition to that, I did not want to be a part of the bureaucracy of the public school system. Therefore, I made the decision to explore chiropractic care and pursue a career in that field instead.

The main reason that I chose to become a chiropractor is because I had always remembered my father had been a chiropractic patient in the early ’60s before chiropractic care had been licensed. They had even spoken about giving him back surgery at the time and it was certainly very troubling to hear. However, after consulting a chiropractor, he never had to have surgery. That miraculous revelation always stuck in my mind. That was the moment that I understood there were alternatives to western medicine. Becoming a chiropractor appealed to me since then. I am not a fan of medications, although there is certainly a place for them. I would prefer a more conservative measure whenever appropriate. My father had very good results with the chiropractor that he consulted with. Since then, I decided that chiropractic care was something that I would pursue and perfect. When I searched for a community to open my practice, my wife and I chose our community, and I have been here practicing chiropractic care ever since.

How does your practice make money?

I am a sole practitioner and I make money through one on one consultations with my patients. A technique that I often use is spinal manipulation, which is also known as adjusting. I have an ultrasound and I incorporate therapeutic exercise and deep tissue work. In addition, I have x-ray facilities in my office so I can take x-rays if I think they are necessary for the patient that I’m seeing. However, at the end of the day, I generate revenue primarily through one on one consultations with my patients.

Another aspect of my professional career that has happened lately is that I have been asked to serve as an expert witness in a malpractice case. I served for the defense for a colleague and the whole ordeal has been completely new to me. I have never done this before, and I get paid to review records. Once the reviewing process concludes, I then must testify in court on behalf of another chiropractor.

I was fortunate in the sense that I am a believer in “you don’t spend more than you have”. I started out with no more than I absolutely needed, and I was profitable within the first year. The first thing I did was to pay off my student debt. Once that debt was taken care of, the second thing I did was to add more equipment to my practice. However, with the equipment purchasing process, I paid as I ran the practice. I did not get into long-term contracts or leases simply because I didn’t want to face the burden of overhead. My life, as well as career motto, has always been ‘pay as you go and grow as you must’. Without the burden of debt, I was free to do what I wanted to do. It did not take me very long to become profitable.

I think anybody who starts out in something brand new to them will inevitably have doubts. I signed on to a management service and part of what they were doing was teaching me to grow as a person. Facing adversity was one of the things that we discussed. I was fortunate because when I chose my location, there was already a need for chiropractic care here. As a result, I started seeing more and more patients come in and my chiropractic practice quickly took off.

How did you find your first patient?

The way I obtained my first ever patient was through personal contact. I saw my first patient when he was sixteen years old and he is now forty-nine years old. His mother brought him in for lower back pain after we had struck up a conversation in a department store. I’m glad to have been blessed with the opportunity to help a young man and alleviate his pain.

I don’t do any outside advertising at this point in my life. I could use an update on my website of course, but that’s not entirely a priority for me right now. The main focus for me has been and will continue to be having one on one consultations with my patients and keeping my business thriving. If it comes up in personal contact, I won’t hesitate to tell people what I do, but I don’t really put it out there anymore. That said, however, there is nothing like a referral who comes in with a different starting point. Referrals provide me with a great sense of accomplishment compared to someone who Googled local chiropractors because it signals to me that I’ve done a good enough job that my patients are referring me to their friends and family.

I think the toughest decision we had to make in the past year is when my wife and I sold our home that we built over thirty years ago. Not only did we design the house ourselves, but our son was also born in that house. Since we sold the house, my wife stays in Pennsylvania and I commute to her over the weekends. It is about a two-and-a-half-hour drive and definitely a tough decision to make.

I would say I attribute my success to proper communication. Before I became a chiropractor, I used to be a teacher. Not only do I enjoy teaching, I also enjoy talking. In fact, I have a wide variety of experience in teaching, construction work, and commercial bakery. I look for commonality so that I can relate concepts to them in a way they can understand.

What has been your most satisfying moment since opening your own practice?

We handed out about 35-40 satisfaction forms to our clients this week. I was almost afraid to read them, but my staff insisted. Once I began reading, it became such a truly humbling experience. A lot of these patient reviews thanked me and my staff for being able to change their lives completely. People thought that they were never going to improve and they greatly appreciate the care that we have provided them. Again, reading these reviews were exceedingly humbling to me. I know I am just the conduit; it is their bodies that do the healing. But it is pure joy to me to see someone restore function in their body and have a fuller life. Knowing that my staff and myself have made the difference for my patients is where I get my greatest satisfaction.

The future for my practice is undoubtedly to stay up to date. More specifically, I transitioned my business to electronic medical records. Part of what I am doing now is evaluating my internet presence. I recognize that I must change the way that I operate. Times are changing and I must adapt or become obsolete in the process. Furthermore, I want to stay contemporary and incorporate new concepts as they come into the business. I have to tweak my practice so that I can continue to serve my patients to the best of my ability. Anything new must be ethical and consistent with my values.

What books have inspired would you recommend.

Napoleon Hill’s Think and Grow Rich is probably everyone’s’ favorite. I listen to Brian Tracy as well as Wayne Dyer and their motivational speeches. I also listen to podcasts and keep myself up to date on current events.

A recent purchase I made for my practice is an upgrade to some computer equipment that has helped my office run more smoothly and to become more efficient. Since then, I’m noticing an improvement in not only productivity but also efficiency among my staff.