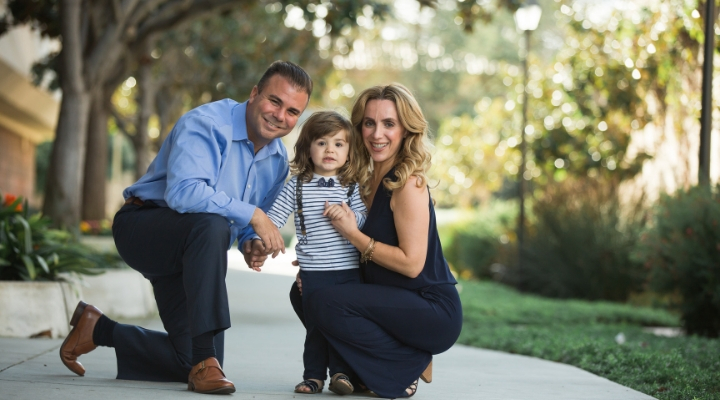 Through his public service and teaching, Dominic has helped to encourage young adults to learn about and actively participate in the political process. He has helped increase voter registration in his county and helped food service workers gain job security.

The Caserta’s have been in Santa Clara for 5 generations now, going on 6. Dominic’s roots are deeply rooted in the community and he is passionate about educating its young people and leading change for the city and a whole.

I loved being a student, especially government, economics, and history. I was planning to attend law school, but chose to take a year off. During that time, I started teaching at a Catholic school in southern California. I fell in love with it. The next year, I moved home and have been teaching at Santa Clara High School since. I have also served as a councilman for Santa Clara for several years. The inspiration for public service began at a young age. Ronald Reagan was President when I was a kid, and though I don’t agree with all his policies, I remember him having such a commanding presence. I was also fascinated by Bobby Kennedy. They were so interesting to watch. I knew I had to be a part of the changes I wanted to see. When I was first elected, I was the second youngest councilman for Santa Clara. I served two terms from 2002 to 2010 and was re-elected again in 2014.

I never doubted my calling as a teacher. I knew right from the start in 1997 that this is what I wanted to do. In regard to holding office, that was just putting into practice what I teach. My classes encourage political participation, so I felt compelled to do it myself. It just seemed natural that I should model for my students what actively participating in government can accomplish.

There have been several opportunities I have faced that were tough decisions for me. The first was making the choice to come home the year after I began teaching. I’ve had the option to move to different schools, some with higher pay, yet I’ve chosen to stay at Santa Clara. I teach seniors and mine is a class that must be passed to graduate. I’ve been faced with making that decision for students. It’s not always easy.

I’m compassionate. I teach with enthusiasm because the subjects are important to me.

In regard to teaching, obviously watching my students be successful is the most satisfying aspect. I was so honored to be named Teacher of the Year, both in 2016 and 2017. I don’t think anyone else has won two years in a row. I have coached tennis and basketball. I’ve been a speech and debate coach and a senior advisor. I am Department Chair of the Social Sciences Department at Santa Clara. As a councilman, I helped finalize raising minimum wage to $15 an hour three years before mandated by the state of California. We also passed a worker retention ordinance that protects workers, such as food service and hotel employees in case a contract goes to a lower bidder. What I am most proud of is a scholarship fund I helped create twelve years ago. Since that time, we’ve given nearly $250,000 to over 30 high school seniors with a focus on public service.

Honestly, right now I am most excited about spending time with my son. Of course, I’ll continue teaching and continue my own professional development. In the past, I’ve attended the State and Local Officials Executive Program at John F Kennedy School of Government at Harvard. I was awarded the James Madison Fellowship in 2010 and used that to get my Masters in Political Science. I still love being a student. I want to be a lifelong learner.

Books that have inspired me include Tuesdays with Morrie by Mitch Albom, The Art of Happiness by the Dalai Lama, and Team of Rivals by Doris Kearns Goodwin. I really enjoy biographies about historical figures. That one tells how Abraham Lincoln built his cabinet with people of other political backgrounds.

How do you get young people interested in the political process? What can I do to help?

I feel that it is so important to get kids interested at a young age. There are many ways to bring a sense of civic duty to life within the hearts of our young people. One of the best ways is to educate them in the process, and encourage them to see how they can be the positive change they want to see. One of the things I am most proud of is that at the high school, I helped create a voter registration program and because of that program, Santa Clara has the highest registered voters between 18 and 21 in our county. This has encouraged so many of our seniors and some juniors to become involved in their government in a way they may not have done so for years to come.