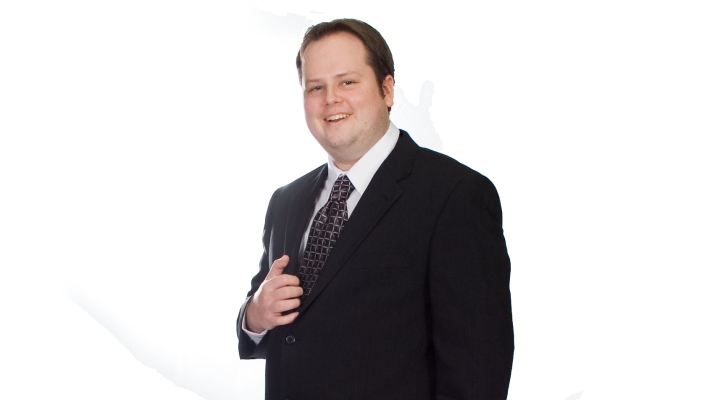 Before he started working at his current job in the release of information department as a client service representative at CIOX Health, David Shenkenberg has taught college level biology, lab, and lecture. He has also tutored biology, English and college essay writing. David has graded essays for Florida’s FCAT exams and Michigan’s MEAP exam. He has not only worked in a scientific lab, but David also has worked for Laurin Publishing; he has interviewed scientists and has written articles for Biophotonics International magazine.

He has two kids who are the most important part of his life. During his free time, he enjoys gardening, reading, playing video games.

I got started and inspired in the business partially due to economic demand; everybody wants medical records. The other part that got me started is the breadth of the field. I have an RHIT certification, which stands for Registered Health Information Technician, and my background in health information technology gives me the opportunity to work in many areas including trauma registry, medical coding, medical billing, administration, the release of information (which is what I am doing now) and many other areas.

We charge by request. In Michigan and according to federal law, we are allowed to charge many people as well as entities who request medical records for those records, so we do. We don’t charge for continuity of care, such as requesting records be transferred between medical professionals but if you want it for your own personal reasons like a lawsuit or if a lawyer or insurance company requests it we will charge them as well.

I would say it was immediate. There is such a high demand for records. Lawyers, doctors, researchers, and patients want them just for the sake of it. If someone passes away, the next of kin wants the records. It just goes on and on, so there is a lot of demand. The fact that we can charge legally makes it profitable.

My classmates and I had a lot of anxiety surrounding the implementation of ICD-10, which is a system for medical coding. This system is a complicated one compared to ICD-9. We were not sure when this system was going to go into effect, so we didn’t know if studying for it right then and there was worth it or not. What we did know was that we needed to have it eventually, so we prepared for it anyway.

The toughest decisions that we have to make are to decide whether or not we are going to accept or reject a request for records according to HIPAA as well as other laws and regulations.

I am very detail-oriented. I am always double checking my work. Given all the rules and regulations we have to follow, I believe that skill plays a major role in my success.

My most satisfying moment is when I had been hired (laughs), just that the employer has faith in me

Certainly, everything is going from print to digital. I am excited that there may be a centralized hub of patient information so that accessing records will be easy for the right people and that those records will be secure.

There are actually a lot of challenges because the medical software makers don’t want to share their proprietary protocol. It’s one of the reasons why this hasn’t happened yet. Ideally, you would be able to go to any hospital or doctor and request your records right then and there from the Internet, from the cloud, and there wouldn’t be this hassle that there is today. The reality is, computer systems don’t talk to each other, and that’s on purpose because of the software companies.

There is also a security risk because they have all your info in one space, and the hackers would love that.

So being able to one day have all of that information available and safe excites me and anyone else that works in this field.

The Long Tail which is about how on the internet you can buy anything. People tend to buy things that they maybe can’t buy at retail, and I found that really fascinating.

Great Comebacks is another book that I really enjoyed. It is about all of these successful people and their biggest failures, For instance, Walt Disney was fired from a journalism job because they told him he didn’t have an imagination. I mean, he is like the king of imagination right? When he started his first animation company it went belly up, it failed it was a disaster. He then went on to have great success, so that is one of the many examples.

Freakonomics is another. It is about economics but puts it in a way that everyone could understand. Economics is basically about math and numbers but Freakonomics describes people’s behavior around money.

Scanners, printers, computers. The dual monitors really help because we have one program where we access the medical records from and then we have another where we work with all the data and fill requests from. So, having the dual monitors make that process so much simpler for us.

What surprised you about your current line of work?

It is much more difficult than I originally thought. I really thought that release of information would be really simple, just taking some charts and making copies, but there is a different procedure for every type of request. Add on top of that the legality of the situation, you can get fired if you release the information to the wrong person.