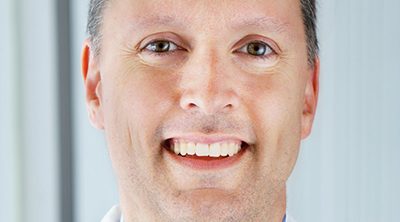 David Richard Roesener of Dublin, Ohio is a well regarded medical physicist currently working as a radiation physicist at The Ohio State University Wexner Medical Center, where he has been working with the radiation oncology department since early 2014. Previously, he had served as a senior medical physicist for Global Physics Solutions based in Chicago, Illinois where he acted as the primary physicist for two centers in the Chicagoland area. He would prepare multiple centers for state audits performed by the Illinois Emergency Management Agency. He is also certified by the American Board of Radiology. From 2006 to 2009, David Roesener was a staff medical physicist as part of the department of radiation oncology in the Barrett Cancer Center at University of Cincinnati College of Medicine. From 2005 to 2006, he served as a junior medical physicist at Brigham and Women’s Hospital at Harvard Medical School.

David R. Roesener holds a Bachelor of Science degree in Materials Engineering. He has also earned two Masters of Science degrees from the University of Cincinnati. The first he received in 2002 for Biomedical Engineering. The second he received in 2005 for Medical Physics. Mr. Roesener was an ASM International Committee member from 1996 to 2003. He was named ASM Outstanding Young Member in 1999. Other honors and certifications for David Roesener include the William Tholke Scholarship Award, an ongoing member of the American Association of Physicists in Medicine since 2003, and has held his Professional Engineer License from the State of Ohio since 2003. In his free time, Mr. Roesener enjoys playing music, recreational sports and exercise, as well as reading in a wide variety of subjects spanning scientific works to classical literature.

What made you choose a career in medical physics?

I was initially interested in working in the medical field, but I also had a strong interest in physics. Medical physics seemed like the perfect way to combine these two interests, and it has been a very rewarding career.

What are some of the most important qualities for a successful medical physicist?

A good understanding of both physics and medicine is essential, as well as the ability to apply this knowledge to solve problems related to cancer treatment. Good communication skills are also important, as medical physicists often work closely with other members of the healthcare team, such as doctors and nurses.

What are some of the challenges you face in your work?

The ever-changing landscape of insurance reimbursement for radiation therapy services is the biggest challenge I face day-to-day. The number of new technology options available to clinicians is also a challenge, as each has its own unique set of benefits and drawbacks that must be carefully considered before implementation.

What advice would you give to someone who is considering a career in medical physics?

Get a broad foundation in the physical sciences and mathematics, since much of what we do relies on an understanding of complex concepts. An internship or two in a clinical setting is also highly recommended to get a feel for the “real world” application of medical physics.

How do you deal with fear?

I think that fear is a natural emotion that we all experience at some point in our lives. What’s important is how we deal with that fear. For me, I try to face my fears head on and not let them control me. I also try to remind myself that whatever it is I’m afraid of, it’s probably not as bad as I think it is.

There are a few things that motivate me. First, I want to be the best at what I do. I strive to be the best medical physicist I can be because I know that in doing so I can make a difference in the lives of patients. Second, I’m motivated by challenges. When I’m presented with a difficult problem, I see it as an opportunity to learn and grow. Finally, I’m motivated by my desire to make a difference in the world. I want to use my knowledge and skills to help others and make the world a better place.

Tell us, how do you handle rejection?

Rejection is never easy, but you have to learn from every experience. The most important thing to remember about rejection is that it can’t always be your fault. Sometimes it’s out of your control and the only way to know that is by giving everything a try in order to understand what you are good at. The more experience you have, the better because when you get rejected for something you’ve done before you will know how much effort to put into future projects so they don’t meet the same fate! It’s okay if things don’t go your way – just keep trying until they do because not every situation calls for the same approach.

What are your future goals for your career?

I would like to continue working in the field of medical physics and help develop new and improved cancer treatments. I would also like to contribute to the advancement of knowledge in the materials engineering field.

What are some of your hobbies or interests outside of work?

I enjoy playing music, recreational sports and exercise, as well as reading in a wide variety of subjects spanning scientific works to classical literature. I also enjoy volunteer work and helping out charitable causes. Just recently, my band played at a charity event to help raise funds for cancer research.

“If your actions inspire others to dream more, learn more, do more and become more, you are a leader.” -John Quincy Adams

This quote motivates me because it reminds me that we all have the potential to be leaders if we inspire others to reach their full potential.