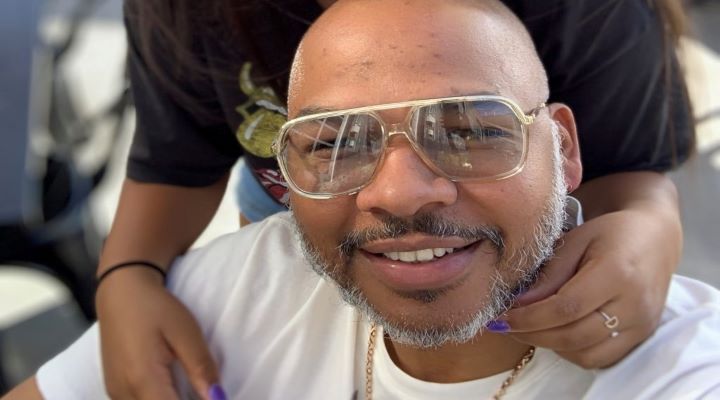 Darien Dash is an entrepreneur and activist who has dedicated his career to improving the availability of technology in underserved communities. With this vision, he has built a well-known marketing and internet empire and chosen to share his experiences and wisdom with both established and aspiring entrepreneurs.

Originally from NYC, Dash grew up in a family whose roots run deep in the entertainment industry. While in his sophomore year at USC, he first tried his hand at the family trade by starting a record label with his cousin, Damon. Their first venture was surprisingly successful, and the two grossed over $100K in revenue. After college, Dash went on to launch his first company, DME Interactive Holdings, and later, in 1999, he eventually became the CEO of the first publicly traded, African American owned internet company. Then, in 2000 Dash worked as an advisor to President Bill Clinton, working to help him understand how he could make the internet accessible to all Americans. During this time, he met Carly Fiorina, then CEO of Hewlett-Packard. Together, they partnered to start Places of Color, a technology firm that sold low-cost computers to minority communities. The company was eventually recognized as the Regional and National Technology Firm of the Year.

Today, Dash works as the managing director for The Movement Advisors. In this position, he works with a range of clients, from entrepreneurs just launching their first companies to the CEOs of major firms. His clients hail from various industries, including capital markets, banking, entertainment, sports, media, and cannabis — His goal is the same for all of them: help them grow their company. Whether a client is a young entrepreneur seeking a new avenue for growth or a veteran executive simply looking for a fresh perspective on a project, Dash is there to help.

Dash’s work does not end with The Movement Advisors — he also inhabits a few other key roles. He serves, for example, as director of 414 Media Advisors, a company that offers digital media and technology consulting to investment capital; finally, Dash Acts as director for Dunkin Donuts Franchise Growth Partners.

During my studies at USC, I read a book called Megatrends; the book essentially predicted that wealth would be transferred from captains of industry to barons of technology. I was really interested in the topic, so, after graduation, I accepted a position with a company called DMX as sales and marketing director. The company distributed a set-top box to users and offered thirty channels of CS-quality music 24 hours a day. However, while with the company, I noticed a flaw in the company’s distribution —they were not distributing to urban areas. I recognized this as an opportunity, and from there my business started: DME Interactive Holdings.

I work hard. I get up early, and I am at my desk early every day. I work long hours and dedicate my time to helping my clients. This mindset is what helps me make money and what has led me to the positions that I hold today.

Fortunately, I was able to turn a profit rather quickly. While working with my cousin, I
made over $100,000, which provided me the capital to get DME Interactive Holdings up and running. Within five years, my company had gone public, and I was consulting with the president on how to make the internet more accessible to all Americans.

Through my years in the industry, I have failed a countless number of times, but it’s a necessary part of growth as an entrepreneur. Honestly, I have always maintained the mindset that you have to have thick skin and a short memory in order to find success, whether you’re an entrepreneur, athlete, or pursuing some other dream. You will hear “no” thousands more times than you will hear “yes,” so you always have to be able to move forward, keep your faith in yourself, and take the rejection as an opportunity to learn. In the end, do not stop until your goal is achieved…and then, set new goals and keep going.

While working at DME, I saw the opportunity that the company was missing in the market. As I mentioned before, they were not distributing to urban areas because of fear that the product would be destroyed or that they would not get their payments. I used this opportunity to connect with my first client — directing my attention to the communities that others were evading.

Working with everyone. I strongly believe in working with everyone from those that are just starting their careers to those that are already successful; in addition, I treat them all the same and show them equal attention. I think that this business platform has been a marketing tool in itself and provided me more opportunities than I could have found via traditional marketing platforms. My motto is that the client comes first, and I am here to serve them — I think this mindset has served me well.

My toughest decisions are always related to business decisions with clients. In this line of work, there is never the “correct” solution — instead, creative solutions are required to help clients overcome their challenges.

I think that my repetition has driven my success. I dedicate my team to creating processes to help with expediting execution strategies. This saves time and allows our team to commit more attention to the issues at hand with each client.

When DME Interactive Holdings went public. This was the first time in history that a company with an African American CEO held this position. I am striving to bring equality to urban communities, and I think this was a big step in that direction.

In recent years, there has been an increase in African American and Hispanic entrepreneurs, both male and female. To witness these communities becoming more active in business ownership is something that really excites me. I think that as we see an influx in this, we are also experiencing more movement between entrepreneurial communities, social justice communities, and public and private partnerships. These interactions are increasing the demand for change, which is promoting growth in business.

Megatrends, published in 1982 and written by author John Naisbitt has been the most influential in my career. It provided me direction in the early 90’s. In addition, although not recognized as a business book, the Bible provides me with ongoing inspiration and has throughout my whole career.

Something that I always tell myself and wish I would have told my younger self is “Trees don’t grow in the sky.” I would remind my younger self to stay grounded and always keep the goal in mind. Once a goal is accomplished, appreciate your success, but always set a new goal; you should always be building and executing on the intent of why you started.