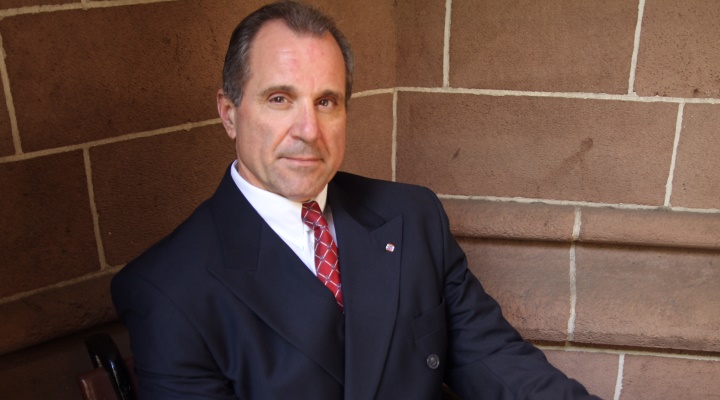 Dante Michael Anthony Vitoria formed the Vitoria Group, LLC after an extensive career on Wall Street. He hasn’t looked back since.

Before becoming a major player on Wall Street, Dante Vitoria was a working-class son of immigrants. He credits his parents for teaching him the importance of working hard and doing your best wherever possible. He attained his undergraduate education from St. John’s University and went on to complete his graduate studies at both Columbia University and NYU. With his strong work ethic and dedication to his personal best, he entered into the mergers and acquisitions aspect of financing.

In 1991, Dante Vitoria stepped away from the established firms of Wall Street to create his own. The Vitoria Group, LLC has thrived under his guidance and continues to grow more successful each year. The company currently caters to new businesses by finding both financing and/ or working business partners. They offer consulting services, venture capital opportunities, and still maintain a strong foothold in mergers and acquisitions.

Through his many years of serving clients, Dante continues to be an avid sports fan. He enjoys season tickets to many of New York’s sports teams. When he’s not watching the games, he attends the opera and enjoys taking in a Broadway show with his wife. At home he enjoys spoiling his family, which includes a 3 pound Yorkshire Terrier who knows she is a pampered pup.

That’s a good question. I guess you can say it was a pay it forward thing, I just didn’t know it at the time. There was this young man I met while I was in college. I was playing for a team and he wanted to try out. He wasn’t the most athletic of the bunch, but he did his best, and I talked to the coach about making sure he was able to be involved.

At the end of the year, he told me his father wanted to speak to me. Naturally, this caught me off guard. We worked it out, and I went to his house for dinner. The doors to his house were bigger than my home. He lived a very impressive lifestyle. While I was there, he asked me what I wanted to do with my life. I told him I wanted to be a cop or lawyer or something. Because I wasn’t that settled on something he told me to come work for him. I did. A couple of weeks later I was in mergers and acquisitions learning the ropes from one of the best.

When I asked him years later why he offered the job to me, he always told me it was because I was kind to his son.

In the 90s, the company I initially worked for was bought by a larger international bank. A lot was going on in the industry at the time, and this was a good move. One night I was approached at a cocktail party by a possible client. At the time he approached me he was the largest franchise owner for Applebees in the country. I took this to my boss at the time.  I was essentially told that I could do the work, but that the company wanted nothing to do with it. So, I did just that. I took it upon myself and made things happen. At a party they threw a few months later I was handed a check. The money the company made from this deal was in the millions. The check they insisted I open up was for one hundred thousand dollars. I handed it back to them and let them know they would get my resignation the next day. There was a joke about how it was a weekend and I couldn’t do anything until Monday. I quieted that thought when I explained that I owned a typewriter. I haven’t looked back.

It was a little terrifying at first. For the next six months or so things were interesting, but in the end, it worked out well. I really can’t complain. While it wasn’t always easy, I wouldn’t change a thing.

We make money for our clients and take a fee. This can be through efficiency consulting, or other means. Efficiency consulting is when we dive deep into the workings of a company and determine where changes need to be made. This can be difficult for the company owner at times, but I’m always blunt and honest with them. Many CEOs need this because we all believe that our company is the best. It’s like being too close to a situation to see it objectively. I’m the objective outside eyes for the subjective CEO.

It is also good for people to become aware of the fact that not every market is the right place for their products. This fact applies no matter how good the quality of the product is. It can be difficult for a company owner to accept this fact. That is where we step in.

We were profitable by our third quarter. In this industry, you can work three or four months with negative cash flow. Once the transactions close, the money flows in. There is no magic phone number or guarantee when it comes to financing. It takes time and some real effort to make that negative turn into a positive cash flow. We were able to do it in just a few quarters instead of a few years.

Everyone has doubts from time to time. With my personality as an alpha, I don’t believe there’s anything I can’t do if I try. Now, there are many things I won’t try to do because I can recognize my strengths and weaknesses. Knowing my limitations means I won’t waste time doing things I’m not prepared to do, therefore, everything I do try I will be successful in.

The biggest method of getting customers in this business is through word of mouth referrals. My connections drove prospective clients to me until I was able to find someone who I knew I could work for and find successful financing for.

I don’t use leads or work with LinkedIn or participate in other networking venues. These networking events are often business people trying to sell to other business people, which isn’t why I’m there. Instead, I find the best connections are made through casual conversations. The season ticket holders at the games are often the right people to connect with. They are your CEO or an attorney who has a client of their own in search of financing. Or they have also been the man or woman that is searching for a venture capitalist to support their new software firm or another startup.

A client came to me about investing in this opportunity based in India. Several had already invested and were excited about what this group presented. Initially, it sounded very practical and like a solid idea. After some essential research, I was able to identify the flaw in the situation and had to contact the clients about it. This fraud situation meant they would not likely see their money returned, despite any effort to the contrary. It isn’t easy to explain to a client that they were duped.

I find that being selective about the companies I work with is best. I know I need to be an impact kind of guy. I need to be the man who came in and helped turn your business around or improved it in a manner that made a huge difference. This in mind, I don’t take on a client I’m not very confident I can help.

Every time I close a deal. When I sit across the table from a client, I can see their whole world change. This is especially true if it’s a start-up company or a person who just needs working capital to move forward. You hear ideas start to pour out of them as if a weight was lifted from their thoughts.

Being a part of that is truly satisfying.

I love what this president has done for business and this country so far. It is wonderful that he told Trudeau that he is tired of how NAFTA has taken advantage of the American economy for too long and it is time to change it. This kind of business-minded CEO approach to running the country that is making a positive impact.

For me, my clients come first, second, and third with every deal. This president is treating the American people like his clients.

I am not an avid business book reader. Keeping that in mind, I would have to pick the Art of War by Sun Tzu. It isn’t as much about war as it is about negotiation and everything we do in life is a negotiation.

We are continually updating software, computer and phone systems. That said, we aren’t a firm that needs to buy new technology daily or even quarterly. We also don’t make lavish marketing purchases. What we do invest in is season tickets to various sports teams. If one of my team were to approach me about wanting to use the tickets to entertain a client, I am happy to allow it. However, I would prefer to lend the tickets to them and their family or partner in their downtime.

I’m pretty flexible, and I like to have fun. I’m open to anything that helps my staff be productive.

I won’t close a deal with a company, representative, or structure that I can’t believe in from all perspectives. I want that to be the same about us for our clients.

What is the most important thing a client should know or do when they are preparing to apply for a venture capital investment?

The first crucial thing a client needs to have is a concept. Most people find themselves drawing up a business plan with limited research, limited preparations, and straight numbers. This provides me with a snapshot of what you’re looking for, but it doesn’t tell me a thing about how prepared you are to do this.

You need to know what patents, trademarks, and government regulations that apply to your venture. Once you’re confident you know the most crucial information you need to take time to talk to those who have been in the industry. Listening to everyone you encounter in the industry both successes and, more importantly, failures will enable you to learn from the experiences of others.

Your business plan is not the only thing we are going to look at when you’re looking for money. The other thing you need to keep in mind when you’re applying for capital is that you need to have some. If you are not ready to invest in your own company, finding someone to invest will be much harder. There are always more people seeking financing than those who can or will invest. If you are not well prepared and unwilling or unable to invest in your company, then you are not ready for outside investment.