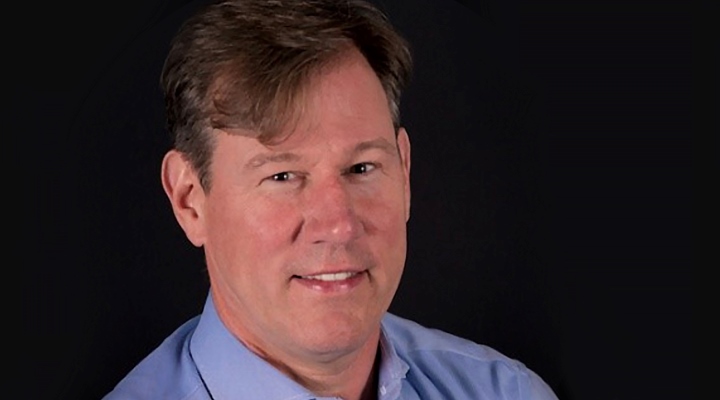 Daniel P. Lundy is a highly respected leader and seasoned software executive with nearly two decades of experience selling both software applications and database licenses.  He spent a large majority of his career serving clients in the financial services industry in New York City and Boston, calling on companies such as Merrill Lynch, Fidelity, Citibank, NASDAQ and the New York Stock exchange. Daniel, a native of Syracuse, NY, graduated with a bachelor’s degree from St. Bonaventure University.  He passed the CPA exam and began his career as an accountant, but later elected to pursue a career in sales in order to leverage his interpersonal and communication skills.  A champion of charitable giving, Daniel and his wife spend considerable time working with and supporting several local and national charities through the Hopkinton Country Club Charitable Foundation.  Daniel and his wife served as Chair and Co-Chair for one of the Foundation’s most successful Gala fundraisers, which provided significant funding for the Make A Wish foundation. Daniel enjoys the creative thinking process and has come up with several ideas for products and services that would solve a consumer need.  Daniel gained valuable entrepreneurial experience by preparing a “Rocketpitch” for one of his ideas, which he presented at a Babson College Venture Accelerator event.  The Accelerator provides resources to assist aspiring entrepreneurs in all stages of their development such as work space, workshops, mentors, and peer review.  An avid golfer and skier, Daniel honed his considerable skills while living in Colorado after college.  He has spent countless weekends on the New England ski slopes and golf courses teaching his children to golf and ski.  His passion for golf has led him to attend several professional PGA golf tournaments such as the Masters, PGA Championship and the US Open.  His free time is now largely spent attending his children’s hockey, soccer, and baseball games, golf tournaments, and track meets.

The idea for iOccasions.com came to me during the dot-com era, where everything was going on-line, including shopping.  I was intrigued by the potential for growth in e-commerce.  I also recognized that by getting a reminder about upcoming events, such as my anniversary or a relative’s birthday, I would have more time to think about the gift I want to give and have it there on time.

I developed partnerships with many of the mainstream retailers and they would pay me a small referral fee for traffic that was sent to their site from iOccasions.com.  There was no additional cost to the customer, they paid the same price as if they went to the site on their own.

As was typical of many e-commerce sites at the time, profitability was years out on the horizon due to the customer acquisition and site infrastructure costs.  I had projected three years to become profitable initially.

I started iOccasions.com with a group of friends and associates who were equally as ambitious as I was about the idea.  Each of us brought a different skill to the table.  Together we motivated and supported each other.  I think the most daunting part of the venture was getting customers to actually use the site, and making sure they were delighted with their experience on our site.

The first customers to our site were family, friends and neighbors.  Some of them then told their friends and we ended up with a small group of customers through networking and referrals.

Online ads targeting shoppers are optimal for customer acquisition, but they are an expensive resource.  We were able to do some limited online marketing.  If we had been better funded, we definitely would have advertised on social media.

What is the toughest decision you’ve had to make with this business?

The toughest decision we made as a team was deciding to shut down the site.  We decided as a team that the resource requirements were much more significant than we could provide on an ongoing basis.  I consider knowing when to pull the plug on a business an important entrepreneurial skill.

I think my ability to execute and get things done makes me successful along with my ability to network with others and leverage their skills and abilities.  I feel proud that our team was able to take an idea and explore it, pursue it and eventually launch it.

The launch of iOccasions.com was definitely satisfying because basically a business was created because of one of my creative ideas.  Entrepreneurial success brings a unique form of gratification and confidence for the entrepreneur.

I am excited about a new idea with respect to staying connected and ensuring your cell phone can be easily charged when you are out in public.  I know there is a need for enhanced cell-phone charging because a phone cannot stay charged for the entire day if you are using it often.  I see opportunity in this industry.

High-Level Selling by David Mercer is a solid read.  It is a whole approach and the book contains a lot of useful strategies.

Spending money on travel to facilitate face-to-face meetings with team members working in other cities proved worthwhile.  We had programmers that worked remotely and it was important that we meet face to face, at least initially, to ensure we were all on the same page.

What are one or two major lessons you learned from launching your business?

First, I would say start simple and don’t try to diversify too much in the beginning.  My first idea for this business was simple, ibirthdays.com, and was focused solely on birthdays.  Then I got the idea to broaden it to all occasions, such as anniversaries, etc., hence the name iOccasions.com.  This made things more complex.   I wish I had proved out the birthday idea first before incorporating all the other occasions.  Second, I cannot express enough the value of fleshing out your idea with an angel investor.  Seasoned investors can provide solid advice and open you up to thoughts you may not have considered to reduce your risk and improve your offering.