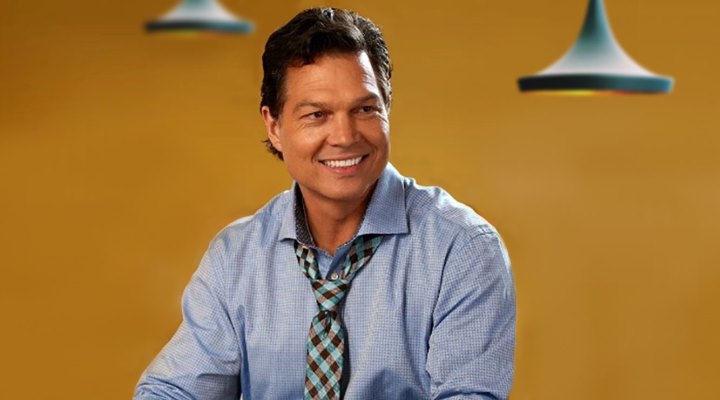 Dan Stammen is a “serial entrepreneur” with more than 30 years of experience in network marketing. Dan began his career in sales with Herbalife International when he was only 21 years old. As the company expanded, Dan was able to travel and increase his knowledge of business and marketing.

Dan Stammen has invested in or helped drive several companies over his career, including six years with Prepaid Legal Services (now called Legal Shield), where he helped grow a sales team of over 100,000 representatives and over 600,000 customers.

After a short semi-retirement, Dan Stammen joined WorldVentures with his friend and Co-Founder Wayne Nugent in 2005. He was CEO on and off for a total of six years before changing gears to become their Chief Marketing Officer and then Chief of Business Development, primarily working on special projects. WorldVentures is one of the world’s largest private travel clubs with over 400,000 members. Dan continues to invest in other companies, primarily those that will have a positive impact on the environment.

In his free time, Dan Stammen enjoys spending time with his wife and two adult children as they enter the workforce. He enjoys traveling, fishing, and golfing. While he primarily lives in Plano, Texas, Dan is also very excited to oversee a personal project at his home just outside of Tampa, Florida. This includes a boardwalk and dock for boating and entertaining guests.

What inspires you to continue investing in new businesses?

Each company that I have invested in over the last seven to eight years, other than the oil and gas industry, has been a company with a great story and a great cause. For example, with the manufacturing company I am working with, they are using the world’s largest biomass in the world to replace plywood. What we’re using is corn stover, which is everything that is left over at a corn plant when production is done. It is called Corn Board and can be used to make flooring or furniture, whatever plywood is used for. We have the potential to save thousands of acres of trees and reduce deforestation with this product.

Doing something for the environment inspires me. I believe so many more people are becoming more aware of the issues now and want to do their part. I can look at each side project and each has that kind of cause behind it. We’re helping to save the environment and people.

Another company, Medipure, is in various stages of clinical trials for medications to help with pain that helps pull us away from opioid-based medications. This company is working on a medication that goes under your tongue and reduces pain for 24 hours with no side effects. They are working on other drugs for anxiety, depression and psoriasis. These work on the bodies cannabinoid system. It’s not just about making money; it’s about being impactful as well.

How do you make each day productive?

The number one thing is to prioritize what needs to be done each day. Then, these things need to be delegated to those whose expertise can accomplish what needs to get done. I would love to say the companies I’ve worked with or helped build was from all my effort, but obviously, it takes the best to make a company successful. It takes engaging the right people to accomplish this level of success.

How do you keep all of your businesses organized?

Again, I have great help with the day-to-day functioning of each company/investment. It’s a team effort, from administration to sales and marketing. I have six major companies that I am invested in that all can create a great impact on the world. I have support for each to ensure things are on track.

I’d have to say, applying the right pressure in a certain situation to get someone to do what they agreed to do. In business, sometimes it is necessary to be firm. You usually get more with sugar than vinegar, but there are times when people do not live up to what they had agreed to. In those cases, you have to be ready to follow up, legally if necessary, to enforce what has previously been agreed upon.

I like to win. I believe a lot of the choices we make as adults have to do with how we grew up. My mother was the type to always say “finish what you start” and “you can do anything you put your mind to”. I took that to heart when I was young and I believe it has followed me into my career, as well. I’ve always been more optimistic because I had such great positivity during such an impressionable age. I’ve just always had that underlying motivation. I like to creatively think of an idea and then make it better. When one thing is accomplished, I’m always looking for the next thing.

That’s not to say that I don’t enjoy taking time to celebrate successes also. It is a huge boost when your team reaches a goal and it is so important to take that time to engage them all and appreciate the work they’ve done. If it wasn’t for the great people working with me, that goal would not have been reached, so acknowledging that is also a top priority for me.

I have a couple, actually. One would be the day my son decided to become an entrepreneur and decided to go to college specifically for it. He will be graduating before long and I am looking forward to working with him. We have a lot of fun together and I just know it’s going to make even more satisfying days for me.

Another is relishing in the success of my daughter. We have worked hard helping her with her acting career, but she has the talent and work ethic as just this year she been in three new movies and TV projects. Another is the day I sold a company and saw a seven-year advance of my commissions show up in my bank account. There was a lot of hard work going into that deal and it was such a gratifying moment to see that come to the realization.

I’ve also had the opportunity to be on stage at Cowboy Stadium giving a keynote speech to 25,000 sales representatives for our travel company. I felt like a rock star. That was a great feeling.

What does the future hold for you in business? What are you most excited about?

Right now, I have four or five projects that will all be impactful to the planet. It’s hard to narrow down which I am most excited about. When the corn stover takes off and is on the shelves at the local Home Depot, that will be a great moment. Honestly, though, it could be any of the other companies. We are close to going over a four billion in combined revenue with WorldVentures, helping people create memories and live life to the fullest is a tremendous joy. It’s difficult to narrow down what I am most excited about because there are so many different things going on at once.

“Think and Grow Rich” by Napolean Hill. Doctor Dwayne Dyer is an author that I’ve read a few books that have inspired me, like “Pulling Your Own Strings” and “Your Erroneous Zones”. They were impactful to me when I was young. Dr. Dyer always talked about how not to be victimized by other people’s actions you have no control over. I also have mentors that I have learned from throughout my career.

What advice would you give to someone who is just starting in entrepreneurship?

Find someone who has done what you are setting out to do. Learn from them. When I was first starting, I researched the top 10 salespeople in my local area and then I did what I could to meet them and become a sponge. Model the most successful people then make it your own.