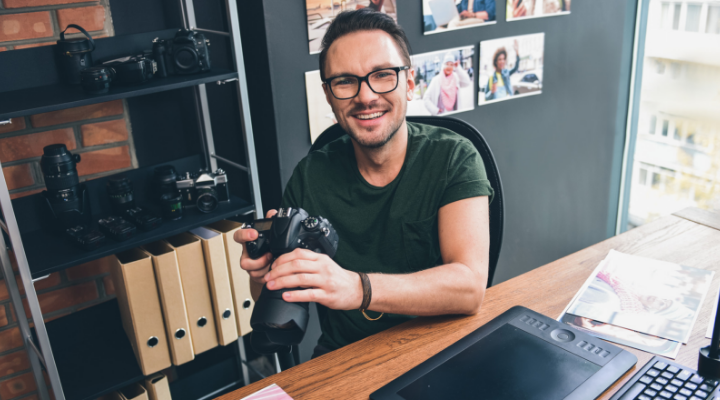 Dan Doyle is a well-known photographer with a studio in Pleasantville, Ohio. He recently moved his business from New York to Ohio, reconnecting with the landscapes of his youth while offering high-quality photography services to local businesses and residents. Doyle has a strong background in landscape, portrait, event, and fashion photography. His creative eye allows him to bring a fresh perspective to all of his subjects.

Doyle got his start in photography in high school. His teachers encouraged him to take as many photos as he could in order to build experience. He attended Ohio State University as a Photography major. After college, he traveled to Europe, where he took an extended gap year. He spent his time hiking and enjoying the amazing natural scenery as well as the differing architectural views around the area.

During his trip, he started a photoblog for his friends and family. When he returned to the States, he realized that his photoblog had gained a great number of followers. He was encouraged to continue his photography career.

He opened a studio in Queens, New York, where he honed his craft. He learned the business of videography as well, recording events and weddings. Doyle has become a leading voice in the photography community in Ohio since his move back to Pleasantville.

I got started in the photography business while I was still in high school. I took photos for my high school yearbook and I was occasionally able to sell a photo to the local newspaper. This gave me a great deal of satisfaction though not very much money. I went to Ohio State University where I learned to compose my shots and to photograph in a wide range of styles. When I returned from Europe, I started my business right away.

I make money through my full slate of bookings. Most of my money these days comes from portrait and studio photography. My landscape photography is mainly a side business.

It took a few years, and believe me, money was tight. At one point all I owned in the world were my cameras and studio equipment. I didn’t even have a car. I rented a terrible apartment, but later I was able to get a place with room for myself and for a small studio. It probably took me two years before I was really making enough money to support myself. Luckily, I had a few small artists’ grants which helped me pay the bills.

My first customer was one of my friends from college who had also moved to New York. I took his headshots for his stage career.

Social media is huge for my business. I get a lot of leads through Twitter and Instagram. I believe in the power of social media to change people’s attitudes and to spread the word about your business. I do have some problems with other people taking my photos and passing them off as their own, but as I become more well-known, this is less of a problem.

My toughest and yet the best decision was moving home to Pleasantville. New York had become so stressful, and I was having difficulty meeting all of my financial obligations. Rent in New York is sky-high. Moving back to Pleasantville has meant that I have more of a financial cushion and that I am able to put my profits back into the business instead of spending them all on rent.

My most satisfying moment was when I took photos of a famous gala in New York City. It made me realize that I had arrived as a photographer. I was among some famous photographers and treated like one of their own. It was truly an exciting night.

I am excited about growing my business in Pleasantville. I have started to take bookings for senior photos for high school students. I have made these sessions more affordable in hopes that they will draw in more customers for my wedding and events businesses. I also want to expand my videography business. I have begun a project to film local artists for YouTube and television.

I am inspired by Steve Jobs’ biography by Walter Isaacson. Steve Jobs wasn’t always the most likable person, but he had a truly outstanding and original vision for his company. He was able to change the world through his inventions. As an artist, I look up to him as a design innovator.

I recently bought a new 4K video camera. It was a huge investment, but I feel that I will be able to make up the cost in new bookings.

Who inspired you to become a photographer?

My high school teachers were huge influences on my early career. Without their belief in me, I never would have become a photographer.