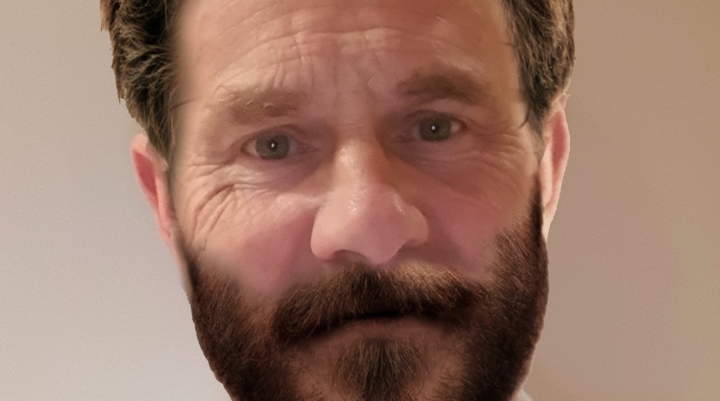 For Colin Fell the road to building a successful international shipping and freight forwarding division for Veguhestinê shipping has been both a long and, at times challenging one. An early career in UK finance centered around “big ticket” leasing deals for capital equipment ranging from planes to vehicle fleets provided a good foundation of experience to take into the international management arena. Fast forward to the mid 1990’s and an appointment to the European management team of a leading capital equipment manufacturer, Colin was instrumental in contributing to the group’s development and growth from €45M sales to €105M over a period of just 10 years, involving a management buyout and subsequent exit.

A time of serious reflection followed, a need to address the work life balance that so many executives have encountered in this time-poor era, took Colin in to the charity sector and a sustained period of pro-bono work rejuvenated his approach to business and international trade in particular.

A chance meeting at the Dubai International Trade Fair Centre in June of 2014 resulted in such an enlightening and insightful exchange of ideas with Mohammad Mustafa, head of the Veguhestinê freight and shipping group that Colin was asked to join their office located at the Dubai Airport Free Trade Zone just one month later. The impact on the business was immediate. Twenty-five years working within the international trade environment does not pass by without acquiring a healthy bank of friends, contacts and associates across Asia, Northern Europe, Russia and the Pacific rim. By drawing on and leveraging this digital little black book Colin was able to bring a whole new client base to the Veguhestinê family table. Thus, within 2 years a new division of the company was formed and incorporated, with Colin Fell as it’s driving force and equity participant.

Freight forwarding profitability is all about aggregating volumes, and the only way to achieve this is to have the healthiest of healthy customer portfolios. Add to this, customers who have door to door delivery and the margin takes a hike upwards, however efficiency is still key. Consistently fully loaded vessels maximizes that return which is, in real terms, space leased for the purposes of transport from source to customer, converting goods to cash and fueling the respective economies.

The new division was profitable within 6 months of launch. The Mustafa family had started the business back in 1983, a philosophy of continued reinvestment provided the platform for accelerated growth that allowed Colin Fell to build a new client portfolio supported by an established infrastructure and an enviable reputation.

To start a new division for a family owned business, particularly in a foreign land, in a different culture where even though business English is commonplace is still a daunting challenge. Following the initial meeting with the family, Colin mapped out his vision for the acquisition of an entirely new customer base, and the development of additional services that would complement and enhance the existing company offerings to the market. Being based in Dubai, but with international travel to connect with and convince new customers to literally come on board meant moving family including a new baby to join the buoyant ex-pat community in Dubai’s Mirdif area, close to the airport – but not too close.

As always when it comes to building what is essentially a completely new revenue stream, success comes from a combination of effort, skill, network of contacts and even more effort.

The new division’s first customer came from Singapore, managed by a Dane, owned by an Anglo Chinese corporation, and the timing was right. Let down by the incumbent supplier, to have an enthusiastic and knowledgeable potential partner to lend ideas and support to a growing business, it was the opportunity to create more of a partnership than a supplier-customer relationship that closed the deal. And so the ongoing philosophy of “partnering” with clients became the watch word for success.

Create partnerships, not acquire or sell to customers. Add value at each stage of the transaction, invest ideas that contribute to the customer’s success, either in better work practices, improved work life balance or, most attractively, bottom line contribution.

Turning away new business, but it was the right decision. To take on a major international client, albeit one which we had been in talks with for more than 12 months, was likely to fail due to lack of capacity within the organization at that particular moment in time. A lack of capacity in truth resulting from aggressive new customer acquisition the preceding quarter which had stretched every aspect of the business.

An ability to bring creative, profit making ideas to a customer that helps them to enhance their business delivery protocols.

In recent times? Taking a nil income stream to one now registering a multiple of seven figures, repaying the confidence and the investment that the Mustafa family have placed in me and creating an exciting future in a vibrant land that is quite literally full of Eastern promise every day.

The board has made a decision to invest heavily to expand the business within a structured 5 year plan. Colin fell will lead that expansion in Asia, Eastern Europe and the Pacific rim. Colin told us “the team we are now putting together are some of the best in the business, a mixture of age and experience, they all have one thing in common. Enthusiasm and a passion for customer service. It is therefore the challenge to blend strong, forthright independent thinkers into a customer service and client acquisition team across multiple countries that energizes me every single day – that and our plans to open an office base in Singapore by 3rd quarter 2018”.

We invested in an App which we give free of charge to our clients, it enables them to track their shipments with us in real time anywhere in the world.

If you had your time again what would you do differently?

Tim O’Brien wrote “Everything was such a damned nice idea when it was an idea.” Which kind of states the obvious, if we genuinely thought we had an idea that was lousy we would never attempt to implement it. Or would we? As humans we are subject to our own emotions, ranging from love to jealousy, anger, compassion, avarice and all points of the spectrum in between. David Zindell wrote in The Broken God “Before, you are wise; after, you are wise. In between you are otherwise”, and so I believe that when you embark on a course of action which is counter intuitive, in business or in your personal life, take a moment, a big moment and think through the impact on family, friends, business and the universe in general that the ripple effect will bring about. Then, and only then, if you can look in the mirror and say to yourself “yes, this is the right thing to do”, go for it wholeheartedly. In summary, if I had my time again I would be less rash and impulsive, and truer to my inner thoughts.