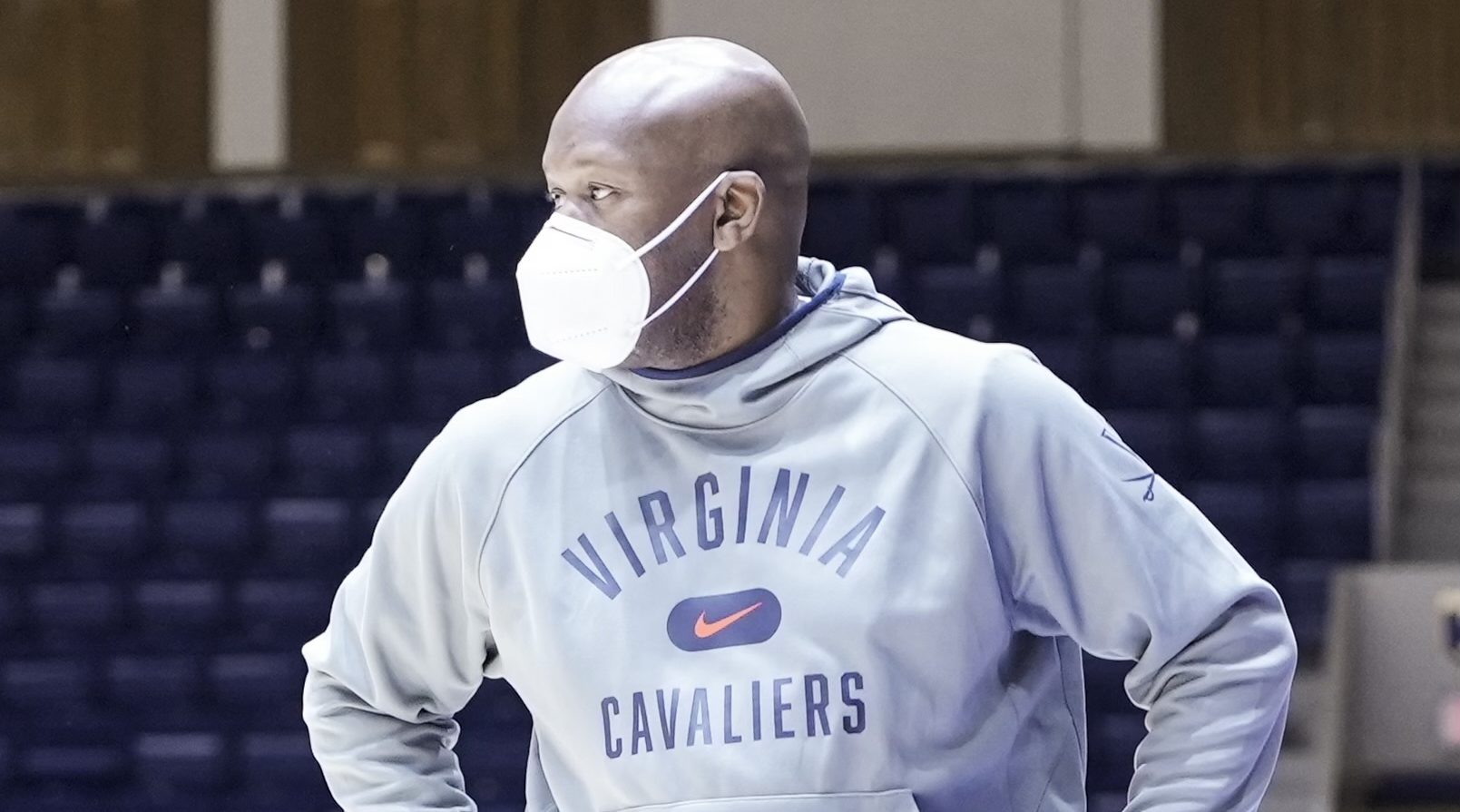 After leaving UNC Charlotte, Coach Vandross knew he wanted to be connected with a solid program.  UVA had a Director of  Player Development position available.  His former colleague and very good friend, Jason Williford, who is currently the Associate Head Coach at UVA asked him to consider the position.  It would mean a big step back because he would not be able to coach on the floor or recruit. The big positives for him: he would  be able to get  to know the players and spend  more time with his family because he would not be on the road recruiting. Coach O says “I had to really think about this move because it could be looked at as a negative when applying to other jobs down the road.”  After talking with Coach Tony Bennett about the position, he was really intrigued and felt excited about the new role he could play and helping the team pursue a national championship.  After a conversation with his wife, he joined the UVA Men’s Basketball Program in the spring of 2015.  Coach O was in his initial role for two years and then promoted to Assistant Basketball Coach.  “I don’t think I would be here if I was not open to going down an unexpected path for my career and being part of a program that has won several ACC Titles and a National Championship makes it that much sweeter.”

How did you get started in this business? What inspired you to start?

My first job was a volunteer assistant coach at Brockton High School in Massachusetts. After playing college ball I really missed being a part of a team so I talked to Victor Ortiz who was my High School coach and he asked me to come help him coach the varsity team. I really enjoyed my time with those guys and I realized where my passion lies.

How do you define where you are in your coaching career?

More ups than downs. Coaching will test your will and you have to have no quit mentality.

How long did it take for you to get to this point?

When you were starting out, was there ever a time you doubted this was the profession for you? If so, how did you handle that?

I definitely doubted myself at times, but in the times I struggled I leaned on my faith and the support of my wife/family.

How did you get your first coaching job?

I volunteered as an assistant coach at my high school in Brockton, MA. My former high school coach asked me to come back and help the team.

What is one strategy (other than referrals) that you’re using that works really well to network in this business?

When I meet people, I am intentional about how I follow up with them. Contacts are very important in this business.

What is the toughest decision you’ve had to make in the last few months? Or years?

The balance between work and family. I have missed some important events in my kids’ lives and I have to live with that. I know they understand what I do but it’s hard for me not to be able to attend some of their activities.

Being genuine, down to earth and being willing to help others..

Winning the National Championship in 2019.

What does the future hold for you in sports? What are you most excited about?

I hope that I’m still around the game in some capacity. I’m also excited about watching how my children will grow and figure out what they want to do in life.

Lead from the outside by Stacy Abrams

It takes what it takes by Trevor Moawad

What is a recent purchase you have made that’s helped you stay both focused and competitive?

I recently purchased a set of golf clubs. I love the game because you play against the course and you have to be able to focus on every shot.