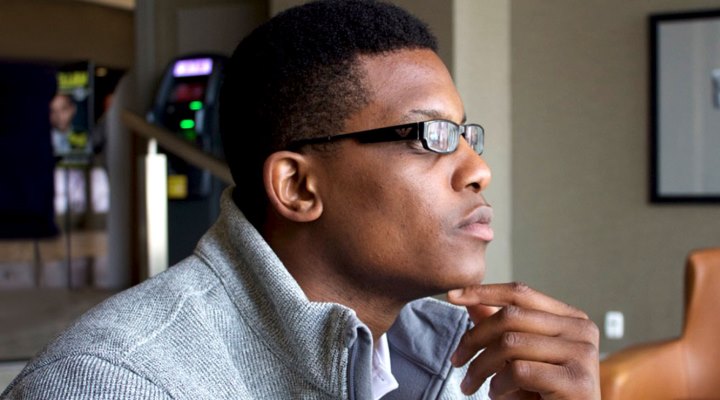 Chukwunonso Merah was born in Nigeria and spent his formative years in its rich traditions and culture of hard work, respect and family.  At the age of fourteen he and his family moved to Calgary, Alberta where he became immersed in a whole new way of life.

From a very young age Chukwunonso was motivated to be independent and that included financial independence. Since he got along very well with other people a position in sales which focused on people and rewards based on effort turned out to be a really good fit for Chukwunonso.

He recalls really love hearing people’s stories and feeling like he was empowering them with a product or a service which he believed would help them. After many positions in sales and his growing ability to identify needs in the market place, his desire to become a business owner was a natural progression.

The idea of his own company, EZPZ was born which would do two things; it would level the playing field for those who are really good at what they do but average at marketing themselves and it would take the risk and guessing out of home renovation projects for consumers. Soon to be launched, this project, his commitment to his current employer and his family are three important focuses for Chukwunonso right now.

Tell me about yourself that a lot of people don’t know about you?

I am an avid reader and I am actually considering starting a book club. It’s something that I think will help a lot of young men especially.  I think that a lot of people really discount the power of books and there so many great books which I have been told have been life changing.

What are your strengths?

I am highly adaptable which perhaps comes from having to acclimate to new surroundings in a new country from a young age.  Of course, I have a clear baseline and certain principles which I won’t compromise but overall, I am able to adapt and push forward in the face of change.

What is your proudest achievement?

My proudest achievement revolves around figuring out parenting and managing family life.  There is this saying “life is like a milk crate not a beach chair” meaning that you never get to really lean back and relax. You have to stay engaged, sit up straight and keep your eyes on the ball the entire time and that is what parenting is like. At the same time the experience has really made me a better person.  I thought that I knew everything or at least everything I needed to know until I had my son.  Having my son is the reason I became interested in studying psychology and learning about human behavior to be better equipped to handle the challenges and to rise to the occasion. There is nothing more rewarding than his happiness and there is no car I could drive or house I could live in that would make me happier or prouder.

When you were starting out, was there ever a time you doubted your career would work? If so, how did you handle that?

When starting out in a new venture I think you doubt it every day and often.  If you are not paranoid as a founder, then you are probably complacent. At the beginning I think that it is important to determine worse-case scenarios, what is the worst thing that can happen if this thing crashes and burns and if the worse thing doesn’t involve myself and my children then I know I can survive it.  I am then able to embrace the doubts and meet them with preparation and hard work making sure each box is checked and every effort has been taken. With each day that goes by the doubt becomes less and is replace by confidence and that is how you get through it.

I have always been a direct marketer, having a face to face conversation has always been my way in sales.  In our era online interaction chatbots has been very successful for me.  It allows for prompt responses, that personal conversations feel and it’s an approachable that builds trust between the customer and I.

Honestly the launch of EZPZ has been a tough decision for me the last few months because I am with a great company right now and I deeply respect my boss who has been very supportive of my work in the organization as well as my dreams and aspirations outside of the organization.  It would be easy for me to simply continue there, it’s very comfortable, but in the grand scheme of things EZPZ is a concept that I believe in which will be so beneficial to home improvement consumers and professionals alike and there is nothing comparable in the marketplace right now.

Curiosity and the realization that you don’t know what you don’t know has opened new doors and greater knowledge for me. I think admitting once ignorance and humbling yourself has a way of affecting your relationships, personal and in business, in many positive ways.

What does the future hold for your upcoming business? What are you most excited about?

The immediate future is the launch EZPZ.  After the launch in the home renovation industry I am excited about expanding the concept to different industries because the concept and model can be applied to a lot of areas.

I recently started working out again and exercising can be fun.  I also enjoy hanging out with the kids doing some of the activities they thrive on and I am looking forward to teaching my son how to play chess.

Sapiens by Yuval Noah Harari which examines the history of humans from the Stone Age up the twenty-first century was a very inspired read.  The biggest thing that I took away really was the idea of the stories and myths, and how a lot of these things that we take for granted as rock solid and unshakable are just stories that we’ve all agreed to tell each other.

I recently purchased a WordPress theme which will be very helpful to our website.