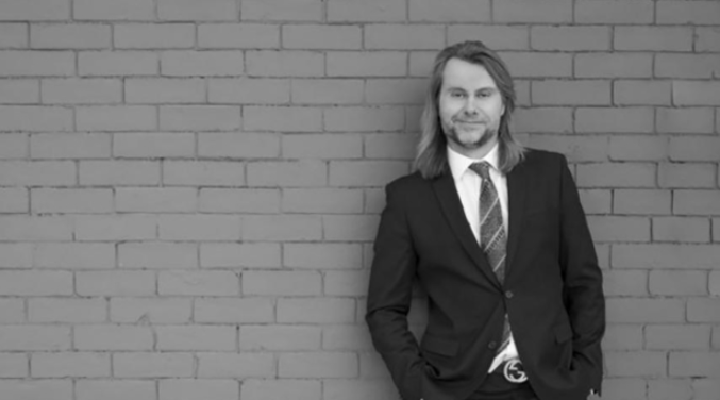 Christian Deslauriers is a Criminal Law attorney with his partnership firm of Deslauriers and Lemieux. The firm handles all sorts of interesting cases with a lot of them involving high profile clients, across Quebec and Ontario.

Christian got his degree in civil law in 2000 from Laval University in Quebec City and went on to bar school in 2001. He did his articling at the Office of the Prosecutor of International Criminal Tribunal for the former-Yugoslavia and came back to Canada at the end of 2001.

He was with the Public Defenders Office in Quebec for a year, and at this same time, started his second law degree in Common Law at Ottawa University, to become a Juris Doctor. In 2003, he got his degree in Common Law, and then did the bar in Ontario where he became a member of the Law Society of Upper Canada.

Christian was the youngest lawyer to argue in front of the Supreme Court, at age 29 and has represented people charged with war crimes, Genocide, drug trafficking, murders, among others. He occasionally is asked to comment on television shows about laws in Canada and new regulations. Within the two jurisdictions that he works in, he has been in 57 different courthouses as well as the International Tribunal for Rwanda and the Committee Against Torture of the United Nations and the Supreme Court of Canada.

Christian doesn’t have much free time, but when allowed, he spends time with his three children and is a hardcore skier. He enjoys Traditional Japanese Karate and is currently working on reaching Black belt level. He is also the team captain for the Tremblant 24h, a fundraiser for sick children.

What made you want to become a lawyer?

I find that I am very good at arguing and convincing others of my opinions. I was raised in a special environment which helped me to gain these traits.

What made you want to open your own firm or partnership?

My father has always told me, “try not to become a yes man.” So, I have always wanted to be my own boss. I like to have control over my success.

What aspects of your job do you find the most challenging?

The job that I have is very demanding which requires me to always be present 100 percent of the time. No matter if I am traveling to Australia and I am on the coral reefs diving, I am always thinking of a solution for my clients. Your phone rings anywhere on the globe now. I was in Spain two years ago, sitting on the beach, and I had phone calls about work. I can get calls in the middle of the night, early morning or anytime that someone needs me. If you’re doing the job right, then it is very demanding.

What do you find most enjoyable about being a lawyer?

The most enjoyable thing about my job is the influence that I can have on society. I really like fighting for people’s rights against the big guys like the state or a large organization.

What makes your firm unique from similar firms?

The bilingual aspect of it. It’s very special because, in Ottawa, it’s a bilingual city, but most criminal defense lawyers are English speaking, firms as well. They have a hard time providing services in French. I cover everywhere in Ontario for French speaking clients. I think it’s a niche and the fact that I’m a lawyer on both sides of the river. I think that makes us special, the fact that we work in two languages.

This is a very difficult question because with the job that I have, I make very tough decisions every day. Where are they going with this? Would you abandon this argument? Should you appeal this or let it go? It’s difficult to pick one answer for that question, sometimes it’s challenging to make decisions and I try not to make them for clients, rather with clients.

I’m a go-getter, and I don’t like to stop unless I have achieved my goal. When I do something, I do it to win. I will stay up at night to make sure I’m ready for the next day. Some lawyers go in unprepared, I go in trying to be as ready and as prepared as I possibly can be. I think that’s what makes the difference.

Since I don’t stop until I have reached my goal, I feel like I have endless achievements that have been satisfying within my career. The first one was to be able to do my articling at the International Tribunal for the former-Yugoslavia. Another big achievement was, at the age of 29 years old, I was arguing at the Supreme Court, which was the youngest person to do so. I also won at the Committee Against Torture with the Boily case, that was a big achievement as well because it’s not very common to win cases at the United Nations level. The acquittal of my client in the Genocide case. I was told by a very old lawyer on that day, “Christian, appreciate this moment. It may never happen again in your career.” That was something.

The opportunity I had to represent a member of the Senate of Canada, very high-profile case. The fact that I was able to represent him, on top of the fact that I was able to clear him of every charge, the last one in October 2018. The fact that he walked on everything, no repercussions on his career. Another big achievement in my career was the Ottawa University Hockey team (The Gee Gees) case, it was a big battle. When a client is charged of gang rape in the “Me Too era”, it makes it much more difficult to win. That was a huge win. All these things put together were the most satisfying things in my career.

What does the future hold for your law career, and what are you most excited about?

The future holds a lot of opportunities for me. I am always thinking about international law and very interested in going back to the International Criminal Court. I have also had a junior lawyer join us in the firm and she is doing very well. We want to continue to expand the firm to be able to help more people.

One of the books that has taught me a good life lesson is The Alchemist by Paulo Coelho. It is a very interesting book about someone searching for truth, but the truth is just under his feet at the beginning. He goes very, very far to come back to square A.