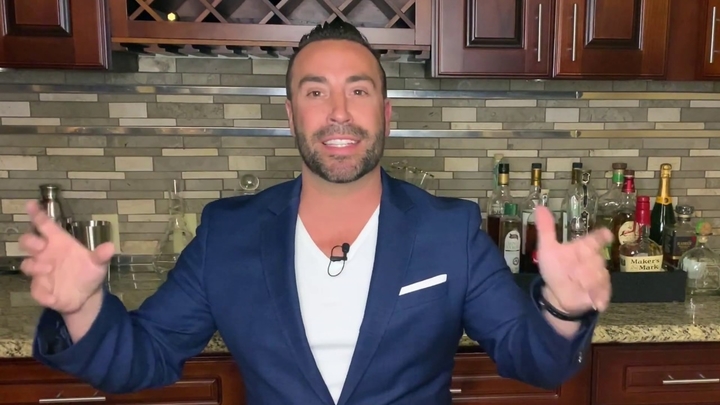 Chase Harmer is the CEO of Los Gatos based payment processing innovator PayCertify and the host of the Beta2Boss Podcast.  He is a man who never takes defeat and always keeps rolling forward, solving problems to solutions that clients did not even know existed.   For nearly a decade, he has been building the payments platform of the future.  Harmer prides himself as a lifelong entrepreneur who has worked 100% on commission since starting his first business in his early twenties.

His lifelong commitment to helping others succeed is reflected in more than 40 episodes of his podcast, where he interviews self made millionaires and billionaires to provide a platform for those who need a millionaire mentor but have no other access to one.  He started his latest company, PayCertify, to build a payments eco-system that puts merchants first, and easily integrates with only two lines of code.  The company helps entrepreneurs scale, eliminate fraud and increase bottom line profit using the proprietary Fee Rebate Generator and Merchant Rebate Generators developed by Chase Harmer.

I started in payments when I was 19 years old.  I realized very quickly that I was very good at this business and the opportunity that it presented to run with it on my own.  I was hustling every day knocking on doors and cold calling merchants to build my book of business.  I also saw that payments were a commodity business and unless I was able to build a platform that offered a lot of value to the merchants that I was not going to be able to maintain the book or grow it to scale.  So instead of just settling for making a million dollars a year, I risked it all and started building the platform of the future.

It took the company nearly three years to become profitable, not including two pre-revenue years where we were just building PayCertify’s eco-system from scratch.

I doubted it at every major set back, which seem at times to be never-ending. The length of time you need and the grit you must have to compete and be unstoppable is tough, but when you put yourself out there, you don’t really leave an opportunity to fail.  In my eyes, failure would be equivalent to death.  To me, there is no chance at failure because there is no other choice but to succeed.  I have too many predatory eyes watching to see what happens and the only choice is to be more valuable than they are and win.

We put on our first merchants through our confirmation product which catered to the phone center space.  That first customer back in 2014 made us realize we had a lot of work to do back then, which through years of perfection has allowed us to offer a truly unique platform built for merchants looking to scale in a major way with less integration and more bottom line profit.

Personal branding and making yourself an authority in a space along with public speaking.  If you have an opportunity to speak publicly do it and don’t turn it down.

Letting go of an employee that had been with us for 3 years.  It is never easy to move on, but when things aren’t working we need to address them and if they cannot be addressed or improved we must move on.

My optimistic attitude.  When you are building a software company there are so many things that go wrong, that you have to have an unwavering ability to eat dirt for the first few years as everyone is in beta, but you just need to get better and continue to improve the platform until you become relevant and partners and clients can’t ignore your presence.  In order to do that you have to be able to see the light, even when there is no light to see so you can make it to the other side.

When you are able to do exactly what you say you are going to do is a great feeling especially when you own the product and are in full control of the platform.  When you are selling something and it is not yours, the only thing you can do is make more money, but the satisfaction of it being your own product working and doing what it was built to do at scale is an amazing feeling.

We are looking to build a platform to scale so that we can look for a potential exit in 2021.  Until then, we are enjoying the journey and have set a goal to help 10,000 entrepreneurs and business eliminate up to 100% of their processing fees through our innovations and technology.  It is very exciting to be part of a project that is managing billions of dollars in revenue annually, and growing exponentially.

I don’t read as much as I listen to E-books in my car, but the book that has made the most impact on my daily business activities is a book named Principles by Ray Dalio.

Recently I began investing as a sponsor into the Istack Training Events which has opened up an entire new platform for PayCertify to connect with new entrepreneurs and digital innovators.  Public speaking is something that scares most people, so making the investment, and getting up on stage and getting to share PayCertify’s vision with hundreds of people who it is built to help is an incredible rush.  We have always been working with world class entrepreneurs to help further bring awareness to our brand.