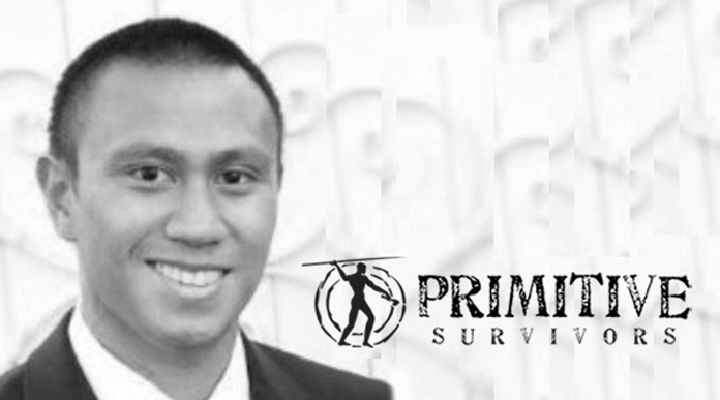 Charlie Deleon Guerrero lives in Eugene, Oregon with his two children and his wife, Sarah. He was born in Guam and moved to Oregon when he was 2 and a half. He has been there ever since and he considers it his home. Growing up Charlie knew he wanted to own his own business. He would constantly dream about owning a skateboard or snowboard shop because that’s what he was really into when he was younger. He always envisioned doing something different than your traditional 9-5. Charlie knew he wanted to be an entrepreneur, he just didn’t know exactly where or how. He believes that passion expanded later in life as he started to figure out what he wanted to be as an adult.

Charlie first joined an MLM and failed horribly at it. Afterward, he looked at how to generate leads that were interested for the MLM business as a last straw resort. Fortunately, discovering lead generation just opened the doors to everything else in internet marketing. From there he networked with other people, started consulting and eventually started advertising for other people’s products. It wasn’t until recently did he decide to start his own brand, Primitive Survivors. They sell flashlights, headlamps, survival straws, backpacks, and other outdoor gear marketed toward outdoor/adventure enthusiasts. It hasn’t been easy; there have been many late nights, bloodshot eyes, and getting up early to start building the business. It’s been a tough road, especially having two young children who he considers his world. Needless to say, he had to make sacrifices and do the extra work in the beginning because he built the business from the ground up. But it’s all been worth it!

I launched Primitive Survivors because I’m an outdoorsman myself. I’ve always been the adventurous type ever since I was a little kid.  I already owned previous businesses prior to Primitive Survivors, but none of them sparked my passions. With Primitive Survivors, I wanted to tie one of my huge passions and grow it into a business. You often hear the quote: “If you’re doing what you love, then it’s not considered working.”  This inspired me to start something that I enjoyed, something I was passionate about. I saw that vision with Primitive Survivors.  Because I enjoyed hunting, fishing, hiking, camping or just anything outdoor related, I knew I could grow something big. That’s where the journey began.

We get our products manufactured and order them in bulk at a lower discount price.  It takes some money upfront to cover the costs and a lot of research with who is manufacturing the product.  To us, it’s not all about profit, but also providing a quality product to all our customers.  We take support tickets and feedback very seriously and always try to better our products and services.  We become profitable on any initial order and then scale it by offering other products the customer may be interested in during the checkout process.

We first started with a test product that was a tactical Christmas stocking geared towards men that we thought would be an interesting item for the holidays.  It was a great idea and ended up with a lot of positive feedback, but I launched it a little too late and it was a scramble.  We got a lot of customers out of the initial test phase, but after all expenses, we ended up taking a loss.  We learned a lot from this product, timing, dealing with customers in a mass quantity, and also just making the right decisions at the right time. It was a great first launch and couldn’t have asked for anything more, simply because it was a stepping stone towards the bigger picture.  We became profitable after our second product launch and that grew into profit within its first month.  Overall from the start of launching Primitive Survivors to being out of the red, it probably took about 3 months.

After the tactical stocking idea, I knew I couldn’t rely just solely on e-commerce web sales; I would have to lead customers into a funnel to sell them on multiple products.  When we launched that funnel, keeping consistent sales was a challenge. It was up and down when we first started that funnel and this is when I had some doubts.  Selling other people’s products is much easier than handling the backend plus the front of the house sales (not to mention managing cash flow, ordering new inventory etc). It’s a constant struggle, even when things are going great.  I’m always planning and mapping things out in my head of the next product that will sell great.  Being the leader of a growing organization takes a toll, in good ways and bad.  I think that doubt will never go away, I think I’ll always have it every day; but, I also think that doubt is what fuels me at times.  It awakens a side of me that pushes every aspect I know I am capable of doing. Don’t get me wrong, I love it when things are great and I take pride in that.  I have full confidence that everything will always grow, but I also think it’d be ignorant to be in charge of so much and not have a small amount of worry and doubt.

Our first sales were generated on Facebook with the stocking idea for Christmas.

It boils down to getting in front of the right group of people and just putting it out there.  We’ve used Facebook very heavily for generating new sales, acquiring “fans” of our brand, Primitive Survivors.

It’s easy to sit back and operate on a few sales a day. I’m still profitable there, but the toughest decision was the decision to grow the business to more than just a few items.  There’s so much more to it than just ordering more inventory; I need a place to store it all and a small team to manage it! Trusting people with a business I’ve built from scratch is a skill I’ve had to learn.

I’ve always been a self-learner and self-starter.  I think that’s why I’m where I am today. It takes focus to sit down and work on a project for months not knowing if it will even turn out a buck in the end.  On top of that, I’ve always been a self-driven person, I don’t need someone to help keep my motivation up. When I envision something, I get tunnel vision until I see a result that I’m satisfied with. On a bigger picture, my family is my everything.  They’re the main reason why I push so hard to grow this business.

Getting the first sale is always the best! I also love just watching it grow each day into the brand I envisioned last summer.

There’s more I want to do with it. Eventually, it’d be great to be featured on outdoor and hunting shows that use the products. I want to give back to the community as well. When we get past this initial growing phase, I’d like to organize trips for youth groups and introduce them to the great outdoors. I also believe in taking care of your employees.  I want to focus on them and bettering their lives. I know if I invest in them, they’ll invest in the company – it’s really a win-win situation.

I’m wanting to move into a bigger space so we can house more products and allow for overall growth.  I’ve quickly realized space is crucial with a business like this and I plan on getting that taken care of.  I’d say one of the most crucial purchases I’ve made lately was a better more robust tracking platform. We’ve been able to quickly see true profit and loss in a matter of a few clicks. This is huge when you’re scaling and having to keep track of multiple expenses.

What motto do you live by?

“If God brought you to it, he’ll bring you through it.”