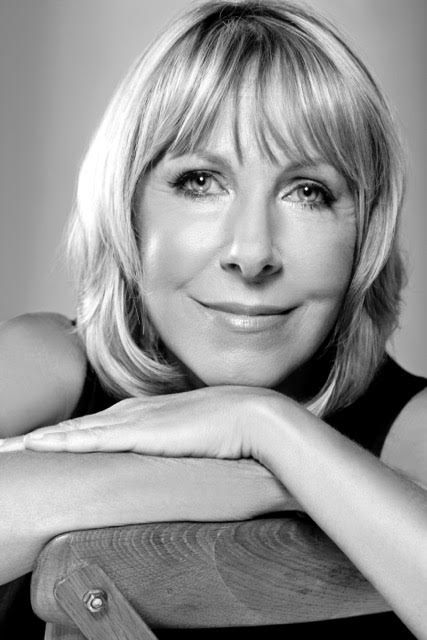 Carole Hambleton-Moser strategically built and managed Credit Suisse in Cape Town for almost ten years. Having left the corporate world now, she has merged her enthusiasm for business with her love of philanthropy and now spends time giving back to the community around her. In her free time, she enjoys hikes with her dogs and friends, and yoga and QiGong to help focus inward and take time for meditative reflection.

How did you get started in your transition from international banking to Board positions with NGO’s and social enterprises? What inspired you to choose this path?

Late in my banking career, I began to have contact with some NGO’s and social enterprises in South Africa where I was based which were engaged in work to address social issues or problems such as unemployment, lack of access to mainstream banking, absence of formal education necessary to obtain employment in the business or corporate sector, and I felt inspired by a desire to learn more about opportunities in the social enterprise space.

I was still in my corporate job with Credit Suisse in Cape Town, when the bank organized a conference in 2009 at their headquarters in Zurich on the subject of social enterprise and invited Professor Muhammad Yunus, the Founder of Grameen Bank in Bangladesh to be the speaker. Prof Yunus developed a model of lending money exclusively to women in rural areas, initially in Bangladesh, to help them develop small, entrepreneurial businesses. In his country, women in rural areas had no access to financing from the banking sector. Believing woman were inherently more likely to repay a loan than their male counterparts, if granted one, Prof Yunus’ innovative idea was to have Grameen Bank grant small loans to women on a communal basis, i.e. he would grant loans to a group of women who lived together in one community and were interdependent upon one another. The rules were simple:  if one woman in the group did not repay her loan, then none of the women in the group could be granted further loans, playing on the notion of shared responsibility and accountability to the other women in the group. The revolutionary idea took hold and developed widely beyond the borders of Bangladesh, to the point that Professor Yunus was granted a Nobel Peace Prize in 2006.

Some of my colleagues in key positions at Credit Suisse, Zurich knew of my growing interest in social enterprise and, consequently, I was invited to attend Professor Yunus’ conference. Further, I was asked to participate in a small lunch with Prof Yunus organized by the bank before the conference, and had the extraordinary luck of being seated right next to him! This gave me the opportunity for in-depth discussions with him about Grameen Bank and about South Africa. I asked him why Grameen Bank had not yet been established in South Africa. He replied that there had been an attempt, but it was not successful. Being thoroughly caught up in the enthusiasm of my conversation with this world visionary in social enterprise, I asked him whether he would be willing to try again if I committed to working on this project and to finding a team of people to assist.  He said, “Yes, please do” and handed me his business card. I was more overwhelmed. Here I had just been handed a mandate to do something I actually had no idea how to do, but which I desperately wanted to do. I had no direct experience yet with social enterprise, nor a team to develop the South African project with. More importantly, I still had a full-time job as the Head of Credit Suisse in Cape Town and wondered how in the world I could manage this project concurrently with my existing responsibilities.

What happened from here highlights, in my view, a destiny story about how things that are meant to be have a way of manifesting, even if they appear impossible at the outset. The global financial crisis was in full swing at this time.  Later in 2009, Credit Suisse took a decision to close the Cape Town Representative Office and consolidate all of its business in South Africa with the Johannesburg Representative Office. I was suddenly free to pursue the Grameen Bank opportunity but had to build a team of specialists. Through various contacts, I was introduced to one person after another, genuine specialists in the social enterprise who, in a relatively short time, agreed to come on board the project, all volunteering their time and expertise for free. With this, I was thrust into a brand new arena with no blueprint, but somehow it all came together.  I simply directed the project on a pro bono basis and handled the contact with Grameen, but the specialists provided all the knowledge and content necessary to carry out our feasibility study on the possibility of establishing Grameen Bank in South Africa.

My path in the social enterprise / NGO space has taken many new directions since I began, but the experience described above represented the start of it.

I have a pension fund from my corporate jobs and income from some investments, so I do my work pro bono as “give back” work. Many NGOs and social enterprises lack the funding necessary to pay Board members. It always makes me sad that somehow, in our world today, money seems easily available for bombs, guns and war, but so little money is available for what is healing, uplifting, nurturing, creating, and NGOs and social enterprises fight endless uphill battles for funding and skilled professionals.

When you were starting out, was there ever a time that you doubted it would work? If so, how did you handle it?

Absolutely, as described above in my experience with the Grameen Bank project.  I think pure enthusiasm and drive to achieve a goal, tenacity, identifying others to work with whose skills complement yours, plus a healthy measure of good luck all play a role. This applies to my previous work in the corporate world as well as to current positions on Boards of Directors.

Networking abilities, a high degree of enthusiasm, tenacity, optimism, and the ability to garner support for my ideas.

Being given the opportunity, in the year 2000, to open and manage a new Representative Office for Credit Suisse in Cape Town.

What does the future hold for you?

I hope to continue work on Boards in sectors that inspire me, to travel more in Africa and Asia, and to continue to pursue my interest in Eastern philosophy. I will travel to Japan in 2019 for a yoga, meditation, and cultural trip.

Tao Te Ching by Laozi; Mind the Future, a compendium of Contemporary Trends by Stephan Sigrist, Burkhard Varnholt (a former Credit Suisse colleague), Simone Ackermann and Gerd Folkers; and The Book of Laughter and Forgetting by Milan Kundera.