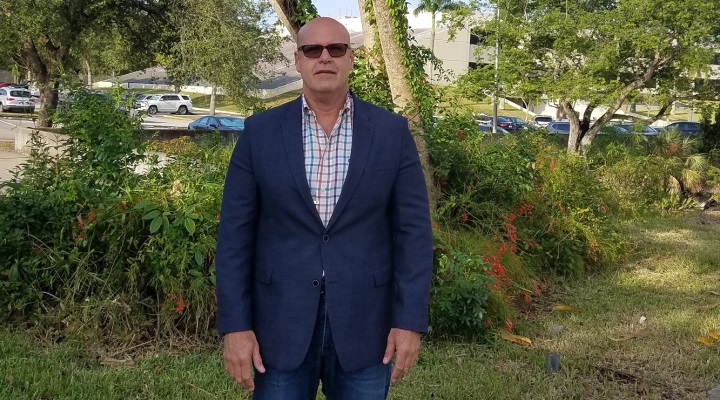 Carlos Jose is an employee with Miami Dade County and has been working for the county for three decades. He was also employed as an Assistant Director for Miami International Airport and is known for his results-driven work ethic. Carlos had a wide range of experience and focused on the fields of Project Management, Technical Services, Land and Airside Oversight, Emergency Management, Construction Planning and several other duties. His leadership and management skills had prevented an economic downturn before, during and after the recession for the bustling airport. Before his tenure as Assistant Director of Aviation Department, Carlos began his career with the county working in the Water Department, focusing on the county’s Water & Sewer e Department in 1987. Since then, he has been promoted to many divisions within Miami Dade County and within the Aviation Department before his venture as Assistant Director.

Carlos Jose received his bachelor’s in Management Information Systems from Barry University in 1992 and went on to achieve a Masters of Business degree in 2000 from the University of Miami. Mr. Jose participates and assists with Hispanic Community and is involved with the South Florida Hispanic Chamber of Commerce, Leadership Miami, along with Lighthouse for the Blind. He also spends time mentoring youth throughout the South Florida region. When Carlos Jose is not working or volunteering, he enjoys spending quality time with his family, as well as traveling, spending time at the beach doing snorkeling and, is an avid fisherman and enjoys helping others become successful in their careers.

I began my venture with the county through a different department, where I worked hard labor for the first year. Because at the time, my dad was working for the county in the Water & Sewer Department, and I was going to school for my Bachelors in Management of Information Services, so I thought it would be a good start to work for Miami Dade too. From there, I was promoted to the Engineering division of the Aviation Department, where I got more hands-on with their computer systems, learned CAD computer Aided Drafting and implemented my skills assisting other drafters within the department.  Several years later I was made the supervisor of the drafting section to be promoted once again to Division Director of Technical Support.  The division consisted of two sections Technical Drafting and Signage. Years after I was promoted to Division Director of Terminal Maintenance still overseeing his original division.  There I was in charge of the terminal facilities including electrical systems, mechanical equipment, and janitorial services.  Several years after that I was promoted to Assistant Director of Facilities Management. As Assistant Director I oversaw 44 shops and 4 divisions consisting of 733 employees and over 145 million dollar budget.

When you started out in this industry and on your way as you’ve gotten each successive promotion was there ever a time that you doubted that your efforts would work and if so how did you handle that?

I have had some challenges throughout my career with each job I took on, and it made me question my abilities to perform to the best of my abilities. One of the most significant challenges that made me wonder if things were going to work was when we created the GIS geographical information system, which at the time was new and we were the only ones who were using it. It was designed to create a database and drawing that accounted for every square foot we tenants used, so there wasn’t any space wasted, and if there were, then we would find ways to utilize that space.

We ended up discovering that there were a little over a million square feet of space that wasn’t accounted for and found that the money we saved by allocating unused footage covered the costs of implementing the software and database including training. So even though I had worried that our new system at the time, wasn’t going to work out, I remained patient and seen the results for myself, which was the best way of handling the situation before just saying forget it and give up.

Do you have any strategies that you like to employ on a day to day basis that expand your effectiveness and productivity or for yourself or your team?

As a leader, I like to lead others by example. We spend more time at work than we do with our own families.  That’s why I always refer to staff as my second family.  Assuring the work stability to staff is always very important to me.  I do not like employees feeling unsure of their future.  I cannot risk employees being worried about instabilities while working with dangerous machinery. Making employees feel comfortable enhances their performance and confidence. In addition, making sure employees have the tools and training needed to do their job safely and appropriately is key to their success.

There were a few decisions that were difficult during my tenure with Miami Dade County that were somewhat difficult. The first one happened approximately eight years ago, towards the end of the recession and I had to lay off 40 workers. It was not due to their performance, because these employees were excellent and demonstrated excellent work habits and were always team players. However, it was due to cost, and we were needing to reduce the size of our payroll because though we were fine during the recession, the airport was not making nearly as much, because travelers were not able to afford anything beyond the basics.

Secondly learning and adapting to a new work environment has been difficult.  After being with the airport for 28 plus years, being relocated and to a new environment within the County Government takes lots of will and ability to adapt.  Being in charge of the countywide service desk has challenged me to learn an operation center and assist in developing standards in order to streamline production.

There are a few things that make me successful. My persistence in achieving only the best work quality and deliver on time. What has helped me achieve success is, my ability to read and understand employees and their needs, work with their strengths and weaknesses, and identify true loyal employees and deflect nonsense. My loyalty to my bosses and the organization, which is an essential part of working together as a team. Without being able to trust and believe in the abilities of each employee and for them to be able to trust and believe in my ability to lead them, then the results would be horrible. We need each other to reach a higher goal, rather than work against each other or in a vacuum.

The most satisfying moment since I have started in the aviation industry is that I made the 30-year mark with Miami Dade County and Miami-Dade Aviation Department. I look back and think about how fast time has gone by because I thoroughly love what I do and everything that is involved with aviation. Also, the fact that reaching this milestone gives me a sense of security knowing that I have a future with the county government, and no matter what department I am put in, I know I will always have a job. For me, that feeling is second to none knowing that I am an integral part of the entire operation.

I am looking forward to working at another airport or institution somewhere in the world with high intense pressure and a team of individuals accomplishing major projects. All this is fine at this stage of my life because I am young and my kids are grown. I would love to explore new places learn new methods and produce a tangible and measurable work product. The thrill of running another airport or large facility is exciting for me; it’s something that I think is in my blood and a part of who I am.

There are two books that I would recommend and have been inspirational to me. The first book is Radical Candor by Kim Scott. It inspires me, because there are tons of tips for new and seasoned management alike and contains the framework to help build and lead a successful team. She uses real-life situations and strategies on how to handle them like a boss and move forward to help your employees become more productive as a whole.

The second book that helped me a lot is called Managing Humans, by Michael Lopp. The book helped me go beyond the idea of inspiring a team to do their work with humorous examples. It helped me take a close look at my employees as people and not just a number. In the end, Managing Humans helped me become a more understanding and productive boss and each team member has worked harder to increase productivity, and made me a more effective and understanding leader.

In return, that has helped my employees become better team players, and these strategies that I have learned has inspired them to reach to the top of their game. Because I followed the procedures taught to me in each book, it helped thousands of team members reach beyond their potential, because I explained each of these strategies to my managers.

It wasn’t a purchase that I made, but I hired a fantastic assistant to help me with my daily tasks and make things run a bit more smoothly. I had interviewed people from all over the country to find someone who could not only handle the tasks involved but who meshed with my style of working and whom I could work well with. Because you might find someone who is quite qualified to do the job at hand, but being able to bring out the best in a working situation and getting along well is just as important. That’s due to if you and your subordinates do not get along well, then there is a good chance that nothing will get done and you fall behind.

What future developments are you most looking forward to?

One of the things that are sweeping Americans and those from around the world is that we are interested in energy-saving strategies. With the cost of electric and other sources of energy going up, there is a huge market for companies to hire someone to analyze their energy usage and create a database that will eventually help them save money while being more environmentally friendly. The database would show companies in every industry about how much energy their facilities are using. The industry is something that I would love to get in as a career of sorts and would love to teach others about it.

I like to consider myself one of the front-runners in the wave of saving energy and the technology to make it happen. So, in the future, I would love my name, Carlos Jose, to be attached to the development of something to help us lower our use or anything that would be related to this emerging industry for public facilities and airports. I’d love to work in the analytics side of things to be able to streamline and use fewer energy resources, for both residential and industrial properties. That alone would save a lot of money, which then the cost savings would pass on to the people and help to make cities have less carbon footprint.