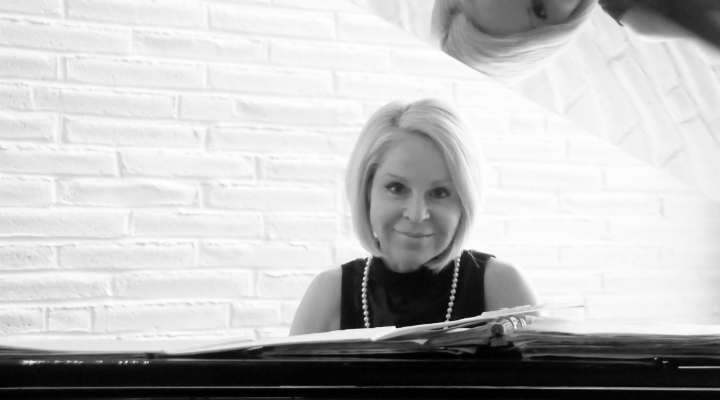 A brilliant and popular pianist and vocalist, Candace Evans’ contributions to the Midwestern music scene are as impressive as they are vast. Possessing the kind of musical range capable of inspiring envy in even the most accomplished of performers, Ms. Evans can cite an exceptionally diverse performance background that includes everything from soulful ballads to popular music and from improvisational jazz to standard classical pieces, all while spanning musical traditions from Broadway to Latin America.

Ms. Evans has performed at some of the most highly regarded musical venues of the Midwest, and she has even spent time as a sort of musician-in-residence throughout various parts of Southern California and Los Angeles in particular. While Ms. Evans is quite well-traveled as an in-demand pianist and vocalist, she has consistently expressed a great deal of pride in being able to perform in the Midwestern venues in which she was inspired to pursue a career of her own while still a member of the audience.

As a 15-year veteran of some of the most popular venues in the Kansas City area and beyond, Candace Evans has succeeded in showcasing her ability to excel as both a solo performer and as part of an ensemble of varying sizes. Like her husband, Michael Mally, Ms. Evans is an avid supporter of charitable endeavors and often shares her musical talents with a variety of organizations that include The Arthritis Foundation, The Leukemia Society, The Symphony League and The Dream Factory. Ms. Evans recently recorded and released an album entitled “So Nice,” which showcases her own talents as well as the talents of some of the most exceptional performers of the Kansas City music scene.

My classical training as a pianist and vocalist began at the age of eight, and there has never been a time in which I had any doubt that my career path would include a continued devotion to music.

I do a great deal of live performances, but I also earn income through album sales as well as by supporting other artists during their recording sessions.

There was a time when I had to take on other work opportunities to support my music career, but I consider myself quite fortunate that I did not have to do so for very long. The Midwestern music scene has been very kind to me.

I’ve always felt an strong sense of confidence in my own abilities, so I was quite certain about my pursuit of a career in music. My husband, Michael John Mally, has helped with that as well.

While attending Avila College, I developed some important professional relationships that helped me land my first performance opportunities.

There is nothing quite like a live performance to establish an immediate and lasting bond with those in the audience.

I had to leave out a lot of music on the cutting-room floor when finalizing the tracks for my most recent album. I am very proud of all the work performed during those sessions, so leaving anything out was unbelievably difficult.

This has been a passion of mine since I was just eight years old, and I’ve always felt that hard work is the only way to truly honor the music and the time that I have already dedicated to it.

The first time I heard someone else listening to music that I had recorded. It was both satisfying and a bit jarring to experience that.

I am always most excited about the next live performance on my schedule.

Donald Passman’s “All You Need to Know About the Music Business.”

I recently added some new equipment to my home studio, and it is certainly helpful to have a comfortable space in which to work.

In what ways has a career in music been a benefit to you over the years?

I’ve met so many wonderful musicians and have learned so much from them, and I really feel that playing music often imbues you with this positive energy that spills over into everything you do. Being able to play music for my husband, Michael J Mally, is yet another benefit of my music career.