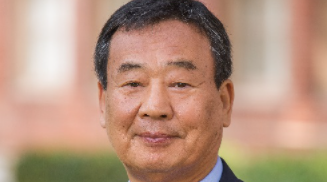 Professor Park has published numerous articles in the Journal of Marketing Research, Journal of Consumer Research, Journal of Marketing, and Journal of Consumer Psychology. His works have also appeared in many other journals, including Organizational Behavior and Human Performance, Harvard Business Review, and Journal of Retailing. Professor Park co-authored Marketing Management (Dryden Press, 1987), with Dr. Gerald Zaltman from Harvard University, and Handbook of Brand Relationships (ME Sharpe, 2009) with Deborah J. MacInnis and Joseph Priester. His most recent book, Brand Admiration: Building a Business People Love, coauthored with Dr. Deborah J. MacInnis and Dr. Andreas Eisingerich, was published in October 2016 (John Wiley Press).

In 1987, he was the recipient of the Alpha Kappa Psi award for his article, which appeared in the Journal of Marketing. He is also a recipient of the 2012 Fellow of Society of Consumer Psychology and the 2015 Fellow of Association for Consumer Research. He is a recipient of the 20th Paul D. Converse Award in 2020. Professor C.W Park was an advisor for Samsung from 1989 to 1998 and also served as a member of the Board of Directors for Samsung Corporation from 2001 to 2010. Professor Park was Editor of the Journal of Consumer Psychology (2008-2012) and is currently the Director of the Global Branding Center at the Marshall School of Business, University of Southern California (2008-2021). He retired from the University of Southern California in May 2021.

After retirement this year in May, I am still working on several research projects that I started with my collaborators a few years ago. They all pertain to the brand admiration topic and are very comprehensive in their nature and scope. In addition, I enjoy my outdoor activities, including everyday walks and golf. While walking about an hour every day, I thoroughly enjoy greeting my fellow walkers and patting their dogs. Walking in the early morning allows me to enjoy the private moments of dwelling on some intriguing issues that confront me. All in all, I surely love my retirement life.

From junior high school, I loved my school work. I wanted to pursue a professorship in university during college because I enjoyed writing, reading, and thinking. I also thought it would be a wonderful career for me to spend my whole life working on research and teaching your people. Besides, wouldn’t it be a cool thing to teach college students in a three-piece suit and a colorful necktie with a pipe in my mouth? This certainly turned out to be absolutely untrue, but 50 some years ago, I thought that the professor’s costume was a really cool thing, and I dreamt about it and wanted to be a professor.

I was fortunate enough to be one of the highest-earning faculty members in the marketing field of my universities where I taught. In addition, I was able to generate an additional income from various executive programs that I was running during my academic career. Finally, I also engaged in highly active consulting of several global companies like Samsung and SK for their marketing programs. In retrospect, it is still amazing to see how I was able to do many different tasks while also doing research and teaching.

There were a few instances in which I was wondering if I could ever make an academic career and I would ever be as successful as other well-known scholars in my academic field. When my hard-worked research papers over several years were rejected from academic journals, my self-doubt with my academic career came strong on me.
Whenever I felt down with the self-doubt toward my academic career, I went to my backyard at night, stared at the moon, and pledged myself to work hard on behalf of my family and my mother, who had been praying for me all her life. They were a powerful motivational force for me to bounce back from feeling low.

To get a faculty job at university, you need to be invited by the department of the university in your academic field for the campus interview first. You then need to receive an offer from the university.
In 1973 I was invited to three universities for the campus interview. One thing I learned from my campus site interview was that it is one thing how much you know about your topic, but it is another to present your knowledge to others for their understanding and agreement. Looking back to that period of my life, I am very embarrassed about what I could have done but didn’t to elicit the heart-felt applause from the faculty audience.

We all have 24 hours and differ from one another in how we allocate these 24 hours to various tasks each day. We also differ from one another in how intense we are in executing each task-namely, the intensity of our attentional focus on each task. My answer to this question is that (1) I allocate the most hours to the research area and the fewest hours to all other tasks, and (2) I also did my research work with a very intense attentional focus. In retrospect, I think that God gave me a mental and physical toughness to get me through my career working hard with a focus.

I can’t single out any particular moment in my career that was most satisfying. There were several equally satisfying moments in my academic career. The first satisfying moment was to receive the “acceptance” letter from the journal editor for my paper that took many years of hard work with a very innovative insight about a joint decision of both husband and wife. The key point of this paper is that due to the difficulty in assessing each other’s wants and preferences, both spouses reached the decision almost by accident through a set of heuristics instead of making a decision rationally by combining each other’s wants and preferences. See the source of the article: C. Whan Park, “Joint Decision in Home Purchasing: A Muddling Through Process,” Journal of Consumer Research, (September 1982), pp. 151-162.”

The other satisfying moments are when I received several acclaimed awards from my academic field. I received these awards at various stages of my 46 years career. Each time when I received each award, I was obviously elated, but at the same time, I pledged to myself that the best of my work is yet to come and should not dwell on self-recognition.

These awards are listed below:

(1). 1987 Alpha Kappa Psi Award for the most significant contribution to the marketing management field with the paper, “Strategic Brand Concept-Image Management,” Journal of Marketing, October 1986.
(2). Selected as the Fellow for Society for Consumer Psychology, 2011.
(3). Selected as the Fellow for Association for Consumer Research, 2015.
(4). Academic Fellow chosen in 2017 by the Korean Marketing Association (KMA).
(5). Recipient of the 20th Paul D. Converse Award in 2020. This award is conferred by a national jury of scholars and practitioners to contribute to the advancement of knowledge in marketing.

I think that I see a major opportunity to improve the MBA teaching in the business school. Due to the rapid progress in market data accumulation and acquisition and the availability of analytical tools, we have much more capable of understanding market dynamics about competition and cooperation of firms within and outside their own industries. Those who teach businesses in the university, particularly the MBA program, need to pay much greater attention to the market dynamic forces that account for the firm’s market success and failure. I am very excited about the future prospect of teaching the MBA program.

As I mentioned, I assign as many hours to your main work per day and focus on it with as great intensity as you can.