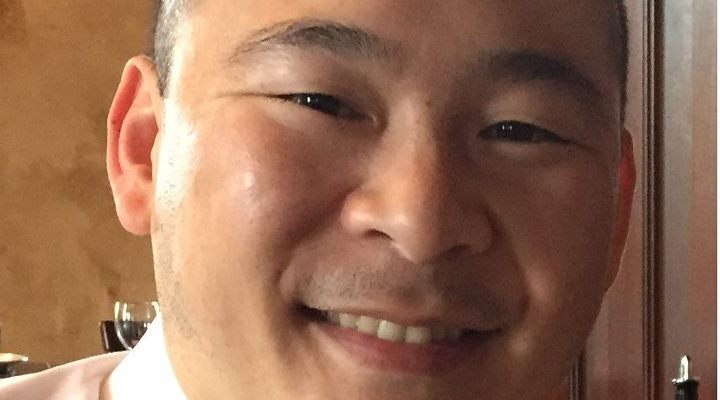 Born in Fresno, California in August of 1977, Bronson Quon was the youngest of two sons belonging to the Quon family.  When he was 7 years of age, the Quon family relocated to Visalia to support the family grocery business.  From an early age, Bronson started taking Shotokan karate lessons along with his brother and earned his black belt when he was 14.  An avid sports fan, Bronson also played track and football in high school.  It was through his experience in sports where he learned teamwork, commitment, and focus.  After graduating from high school, Bronson studied business administration with an emphasis in Accounting at California Polytechnic State University in San Luis Obispo.  He was fortunate to have experienced internships at two Fortune 500 companies prior to kickstarting his career in public accounting in southern California.  The exposure to a mix of public and private businesses in various industries, as well as earning his CPA license in the state of California, helped provide a well-rounded background and eventually, Bronson went into the private industry where he has served in various financial management positions in electronic payments, real estate property tax and software-as-a-service (SAAS) in the auto industry.  The collection of industries, employers, and experiences in the business world have helped shape Bronson who he is today.  Along the way, there were both good and bad decisions, successes and failures, mistakes and emotions.  During this time, Bronson married the love of his life and has two beautiful daughters.  If there is anything Bronson has learned, it’s that family is everything.  Happy wife equals happy life, so no matter how difficult or challenging work is, the one constant in one’s life will be family.  If family is disturbed, the entire work/life balance will be disrupted.

Bronson’s interest in accounting began during his tenure at Cal Poly. Majoring in business administration, Bronson was well-connected with various mentors. One of these was a roommate of his, who was studying accounting and performing tax and audit work at a local CPA firm. His roommate convinced him to apply for an internship to get some experience and to evaluate whether or not it should be pursued. At this time, Bronson applied for a co-op, a 6-month internship, at a Fortune 500 company in Burbank, California, and was accepted. It was there that he met and worked for an Arthur Andersen business consultant who was engaged to perform process improvement in the financial reporting and analysis department. They became close and eventually formed a mentor/mentee relationship. Bronson learned an incredible amount during this 6-month period and knew that he wanted to build a career in the accounting field, but especially in the public accounting field. Shortly thereafter, Bronson joined Arthur Andersen and Deloitte & Touche.

The accounting field is filled with billable opportunities that may include general bookkeeping services, reconciliation and analysis, internal and external financial reporting, budgeting and forecasting, internal control management and process improvements. As a professional in the field, there are special projects and consulting services as well.

Becoming profitable is based on a function of supply and demand and quality of work performed. Bronson has always been very customer-focused and service-oriented, so the level of work performed has always been at the highest levels possible. Simple attributes like delivering work timely, accurately, and at a fair price have kept stakeholders wanting more.

Never in Bronson’s mind did he doubt his work would be successful. A sense of focus and determination, based on his experiences as a youth, gave Bronson the confidence to succeed, overcome and adapt to any situation. Proper planning prevents failure – one doesn’t plan to fail but fails to plan.

The first customer(s) were through advertisements and postings. Beyond that, through referrals and networks built through the years and ongoing relationships with various contacts. Social media is also an extremely useful tool in connecting with individuals and companies in the marketplace.

Social media and search engine optimization are the key strategies used. Whether it is LinkedIn, Facebook or other types of media, being visible is the most important thing. Referrals will only get one so far and then once those run out, one must rely on organic growth and the ability to market oneself through various channels, including associations, publications, and special events.

The toughest decision is often a high-class problem. When one is first starting out in a business, he’ll accept any and all kind of work in the pipeline. Once that pipeline fills up, one must be more selective in choosing work because there’s only a certain number of hours in a week and one should not sacrifice quality for quantity. When one starts biting off more than they can chew, the work product will suffer, leading to loss of work and eventually, clients.

At the end of the day, everyone likes someone who will always get the job done. On time all the time with no mistakes. One must take pride in their work because if you don’t, it will be evident in the deliverable. Through it all, one must find a way to get the work done even during times of high-stress from multiple client requests, issues, personal struggles or other events impacting the work. That said, a certain level of work ethic is what drives getting the job done. At some point, hard work beats talent when talent doesn’t work hard.

Providing a deliverable to a customer, client or stakeholder is the most satisfying moment because it represents the culmination of days, weeks and/or months of work. A simple response, acknowledgment, or smile from a customer is all that matters.

As with any business, the future is changing every day. I’m most excited about this change, about departing the legacy business and creating the vision on a year to year basis. Those who don’t embrace change will be left behind because the world is moving too fast. So the biggest challenge is staying current – staying modern – staying technologically savvy. If you close your eyes too long, it’ll be too tough to catch up.