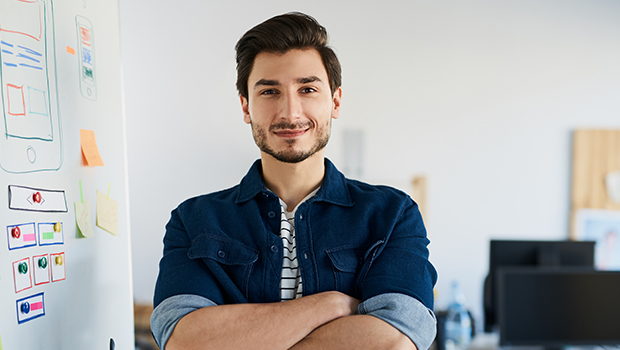 Specializing in streamlined UX/UI design, Brian Speier has left an indelible mark on the industry by demonstrating time and again that it is possible to strike a perfect balance between visually inspiring design and a highly functional user experience. With previous experience working for some of the industry’s leading voices in Portland UX/UI design, Brian decided to take on a new entrepreneurial challenge by founding a Portland UX/UI design consulting firm of his own. After hedging his bets by briefly working as a freelancer, Brian formalized his entrepreneurial career by founding Brian Speier UX/UI Design Consulting.

A native of Southern California who now lives and works in Los Angeles, Brian’s work has long drawn on the influence of the area’s artists and creative-minded individuals, especially the street artists and muralists whose work adorns what would otherwise be nothing more than another unremarkable expanse of gray concrete. The work of these artists serves as a constant reminder that form and function can coexist in such a way that one is vastly improved because of — not in spite of — the existence of the other.

During his time as a student at UCLA, Brian’s professional philosophy was further solidified in every interaction with his fellow students, professors, and alumni. Brian’s successful academic career earned him an immediate offer to further refine his design talents with one of the most prominent firms in the industry, and although he certainly benefited from the experience, the longtime Angeleno nonetheless preferred the opportunities afforded through entrepreneurship and set off on the path that ultimately led to the creation of Brian Speier UX/UI Design Consulting.

Even though I grew as a professional while working under someone else’s leadership, I couldn’t help but feel as though I was selling myself short. The inherent challenges of entrepreneurship, as well as the opportunity to push myself creatively, always appealed to me and served as the inspiration for my business.

This is oversimplifying things a bit, but I essentially create or streamline UX and UI designs with the goal of striking the perfect balance between form and function.

I started out by freelancing, so a lot of what I earned during that time served as the seed money I needed to get the business up and running. With a strong professional reputation already in place, the business was profitable within six months of its founding.

Even though I have always believed in myself and my abilities, I did have my doubts. In fact, those doubts were a large part of the reason I delayed making the transition from freelancing to entrepreneurship. Those doubts were erased once I experienced some initial success and had enough feedback to reinforce my belief in the company’s future.

My first clients had worked with me while I was still freelancing, which helped in building an initial base of clients once the business was formalized.

We have a few digital marketing strategies that have worked well for us, but I’ve found that the most effective strategy is the face-to-face interactions that are sparked once I point out a design inefficiency or anything else that could be significantly improved.

Resource allocation almost always gives me fits; I’m constantly looking for the most efficient way to use the funding we have available, which requires some difficult decision-making.

I firmly believe that what I do for clients is important and valuable, not to mention the passion I’ve always had for the kind of design that consistently strives for the ideal balance between form and function.

The most satisfying moment occurred when I let my previous employer know I intended to leave the company to found a business venture of my own: His simultaneously supportive and disappointed reaction let me know I was making the right decision.

I’m most excited about mobile applications and the limitless design potential that will surely exist in the future.

“The Lean Startup,” by Eric Ries, and “Don’t Make Me Think,” by Steve Krug.

In an indirect way, the painting I just purchased for the office has helped by serving as a reminder of the value of creative expression as well as the importance of striving for a balanced approach in everything we do.

What is your favorite inspirational quote?