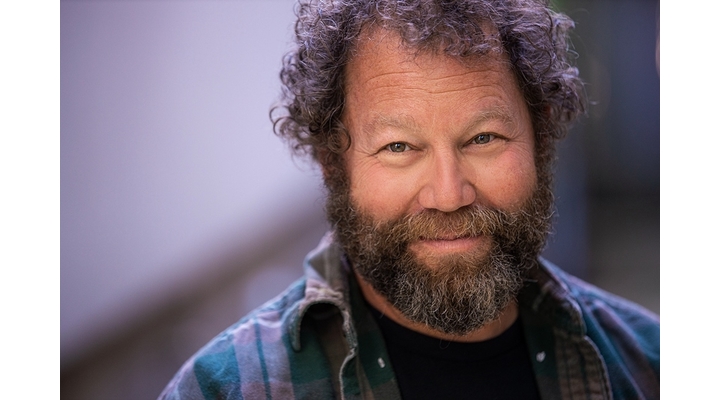 Illinois native Brian Posen has enjoyed a life full of performing arts. He has been in every position associated with the arts: actor, director, producer, creator and teacher. Even as a kid he was in the arts as a pianist. He started studying and performing at 6 years of age and started onstage in high school musicals.

Brian received a BA in Psychology and Criminal Justice from Indiana University Bloomington in 1987. This was followed by a BA in Acting from Columbia College in Chicago, in 1990. From the University of Illinois at Urbana-Champaign he received his MFA in acting in 1993 (and the recipient of the Charles Luckman Award Excellence in Teaching). He was hired to the training program at Second City immediately after graduation.

In 2002 Brian created and produced the Chicago Sketch Comedy Festival. The largest comedy festival in the nation, Sketchfest hosts over one thousand artists in January over two weeks, performing close to 190 shows over 8 days to over 10,000 patrons. In 2010, the Non-For-Profit Brian created several years prior, took over a run down three-theater complex, and breathed new life into the complex, renaming it Stage 773.

Within 2 years, Brian and his crew raised 2 million dollars and renovated the structure. Now the complex is open 7 days a week and host 100s of itinerant artistic companies, hosting over 5000 artists performing to over 75,000 patrons yearly.

Having devoted his life to the arts, it’s easy to see why Brian has been honored several years at one of the top 30 artists that make Chicago thrive.

After graduating undergrad and trying to figure out if I wanted to go to law school or get my MBA, I took a year to do an I internship and study college prep classes. I started taking an improv class with a friend of mine. After the first term, I decided to stay with it. After the third term, I quit my internship, stopped studying Kaplans and dove into the arts. I worked as an actor for three years before going to grad school.

I have an incredible work ethic and endless energy. I work seven days a week, maybe getting one day a month off. I wear many different hats and go from one job to the next. Teaching up to 12 classes a week and holding the positions of artistic director at a theater and program head at a training center, plus all the freelance work, it adds up to a nice chunk of change. I really worked myself to death, devoting my life giving back to the arts because of the impact it had on me.

I remember the first year that I made above poverty. I was so proud. My first national commercial came three years out of grad school and that’s when I started making a living. I was constantly running to auditions for commercials as well as teaching, performing and directing. It was a lot of 12 to 14-hour days, but I loved what I was doing.

When you were starting out, was there ever a time you doubted it would work, and how did you handle it?

I never doubted anything would work. I would never start in that mindset. If you have an idea, you do everything in your power to make it work. That’s always been my philosophy. And in Art… everything takes its own life and if you have a strong vision and also have the awareness and flexibility to embrace the life that it’s taking… then I usually always get a positive result.

If there’s something that I love, I dive in 100 percent. That, most times will open the next door. Because the passion and excitement are there. And that leads to the next door. If I wanted to step back from one area, I had others to go to. I always had the balance to avoid burn out.

How did you get your first audition/part?

Training, training and more training. Then you go on auditions again, and again. You have to do more than your due diligence. Build relationships with people and network with them, because they remember that. Persistence and determination are key points. Never give up.

What is one marketing strategy other than referrals that you’re using that works really well to generate new business?

Face-to-face conversation. Always the personal connection. I am the “product” so I’m out there networking and making connections.  Always make it personal.

My very strong, non-stop work ethic created success for me. Surpassing all expectations and using every avenue to make it work. Always staying positive. Having love and respect for everyone. Be understanding of everyone’s perspective. And creating something that calls people to action, thought and feeling.

How do I pick just one? Standing on a balcony seeing 500 people in a lobby and spilling into the streets.  Having all four theaters sold out for a festival that I created from a simple idea. Having to turn people away and hearing that we need to expand. To actually have been there, feeling that moment, and not just read about it in the paper. That was beyond amazing.

What does the future hold for your business, and what are each of you most excited about?

The festival is thriving and the theater is going well.  I’m excited about what has been created and to see it continue into the future.

That would depend on which version of myself we’re talking about.  For teaching, there’s Improvisation for the Theater, by Viola Spolin that’s the Bible.  It teaches you how to teach.

For the non-profit, there was no book. I simply surrounded myself with smart people with that guided us.

There’s no book for acting. My mentors and professors are truly what inspired me, not books.

Brian Posen On The Web

After completing our interview with Brian Posen, we found several other interesting articles on the internet: