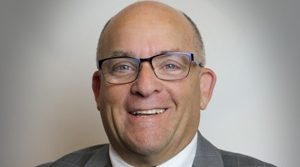 Brian Poliner, Ph.D., is a passionate educator and seasoned public policy professional, with a career that has spanned many decades in a wide variety of fields and disciplines in both the private and public sectors. Brian is a lifelong learner, holding a PhD in Leadership and Public and Social Policy from Niagara University, a master’s degree in Public Administration from Hilbert College, and Master of Science in Leadership/Business Ethics from Duquesne University.

Hardworking and focused in his educational pursuits, Poliner has received many scholastic honors and awards. He has been inducted into Kappa Delta Pi International Honor Society in Education, Phi Delta Kappa National Educator’s Association, Kappa Gamma Pi National Graduate Honor Society, and the Golden Key International Honour Society. He also received the St. Catherine’s Medal for Student and Scholastic Achievement, the highest honor given to a graduate student at Hilbert College.

A prolific researcher, writer, and speaker, Brian Poliner has participated and presented at international conferences around the globe on the subjects of public policy, leadership, management, governance, and organizational change. He has written extensively on the issues and challenges within the realm of education. Most notable among his works is his book Challenges and Responsibilities in Sustainable Education: Global​​ Responses to Critical Issues.

Brian Poliner has not only written about the field of education but has many years of experience in the practice of teaching. He served as an adjunct professor at Hilbert College, where he taught a variety of courses on the subjects of management, ethics, leadership, and public administration. He later served as Chair of the Graduate and On-line Masters of Public Administration, Health Administration, and Criminal Justice Programs, during which time he led numerous institutional initiatives and helped to develop new course content and graduate programs. In addition to his work in academia, Poliner has also worked as an instructor in adult continuing education to help those seeking their pilot certification.

Poliner has decades of experience in leadership and management in the private and public sectors. For over twenty-five years, he was President of BRP Aviation in Niagara Falls, New York, where he did everything from hiring personnel and instructing students to marketing the school and developing course curricula. He worked as Operations Manager at WNY Air Freight for twenty years, overseeing all aspects of logistics and supply chain to improve performance and business processes.

Brian Poliner was born in Allentown, Pennsylvania and currently resides in Clarence, New York. Shortly after his college years at Duquesne University, Brian married and later had two children, a son and a daughter. He has always valued the benefits of education, which led him to return to school late in life and earn two master’s degrees and a PhD. Among his many interests, Poliner enjoys world travel, having been to many countries in the Caribbean, Europe, and Asia. His favorite place of all is Hungary. He has Hungarian roots on his mother’s side of the family and still has relatives in the country. For years, he oversaw groups of students that travelled to Hungary, where they studied comparative politics. In his free time, he also enjoys raising tomatoes and gardening. A nurturer at heart, Poliner enjoys seeing others succeed and has continued to work at making the world a better place through his efforts in public administration and education.

I was in the private sector for decades. I’m a licensed pilot and I owned and operated an aviation business, BRP Aviation, for many years. I enjoyed what I did—flying, teaching, even the day-to-day operations of the business—but I wanted to do something to make myself better. That’s why I decided to go back to pursue a master’s degree. I first went back for a master’s in business ethics at Duquesne, but as soon as I had finished with that, I decided to enroll for a Master of Public Administration. I had done something to make myself better, but now I wanted to do something to help make the world better. Eventually, I went on to get a doctorate in leadership and policy, which, I felt, was the perfect choice to merge making myself a better person and the world a better place at the same time. It felt like a natural progression to go into teaching. I’d had the opportunity to improve myself through education and I had the knowledge to help others, so I ventured into the world of teaching and loved it. If you can teach others how to be good leaders and live ethically, they will in turn go out into the world and make it a better place.

I think that empathy and compassion for people play a big part in my being successful. You often see leaders of industry portrayed as being fixated on getting ahead and pushing everyone around them to make deadlines and squeeze margins, but that is a very narrow point of view and doesn’t accurately reflect the various personalities behind successful people. I also pride myself on being analytical and pragmatic—not reacting immediately to situations when it is more beneficial to consider the different perspectives involved. It’s important to remember that when working with others, everyone is coming to the table with their own needs, wants, and backgrounds. My goal is always to arrive at a win-win outcome. I’m also good at problem solving. I’m able to anticipate the possible consequences, whether they’re intended or not, and adjust during the planning phase. That has helped me to navigate some difficult negotiations without the regret of later looking back and thinking that I should have slowed down the process.

What has been your most satisfying accomplishment in your professional life?

Definitely, the most satisfying accomplishment in my professional life was earning my PhD. I was over the moon. I had put forth so much effort to accomplish that. It was the culmination of years of hard work. Beyond that, it also meant that I would be able to work with students and help them on their educational journey. I have kept in touch with quite a few former students that entered my program feeling apprehensive but had really come out of their shell and flourished over time. That has been the most joyous experience for me other than seeing my children grow up and become wonderful people.

What has been the toughest challenge you have faced in your career?

I have come to realize that in the early stages of my professional life, I was selfish. I let human frailties get the best of me. Unfortunately, I wasn’t honest with myself and those around me. I was involved in a non-profit organization where there was a misappropriation of time. I pushed the envelope with time and resources. I needed to learn some harsh lessons, but I did. I reassessed who I was, and saw that the person I was then was not who I wanted to be. I atoned and asked for forgiveness, and started to redefine myself. It was a humbling experience, but it has made me a better person and I have lived a better life since then.

What is something that’s true that almost nobody agrees with you on?

The phrase “It is what it is” is meaningless. It is really just a way to try to end a conversation. It means the person has given up on the topic or doesn’t want to explain what they really mean. When trying to negotiate or lead meaningful discussions, though, it is just a barrier thrown up. I never let that phrase be the ending of a topic of conversation.

What is one thing you do over and over and recommend everyone else do?

Count my blessings. It sounds cliched or simple, but it’s more than a mechanical listing of what I’m grateful for. There’s an anecdote I like to use. There are two young fish swimming along when an old fish swims by and says, “Hey, boys, how’s the water?” After the old fish swims away, the two young fish look at each other and ask, “What’s water?” The idea being that the things we are surrounded by and the way we see the world can become unconscious to us, and then, unfortunately, we take things for granted and become petty and give in to our lesser selves. It takes effort to be grateful. It takes self-awareness to look at what we have accomplished in life and to be honest about what was created from our own determination and grit and what was given to us or done for us. Often when thinking of the times we succeeded, we think of the way that we overcame obstacles. And when thinking of times we failed, we will list the things that went wrong. Being honest with myself about the role I played in my own triumphs and failures has helped me to lead a richer and more meaningful life.