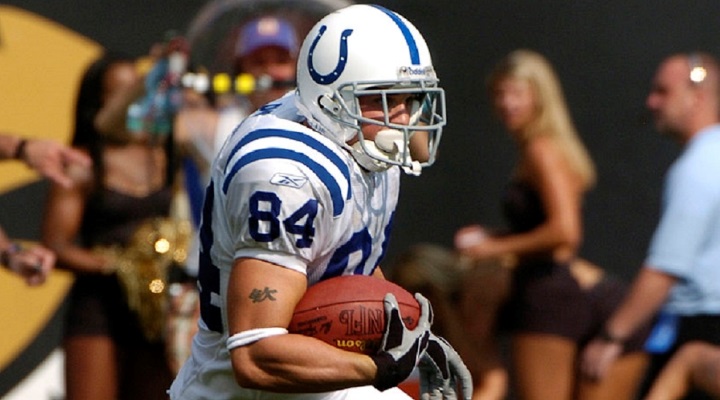 Brad Pyatt is a former NFL player for the Indianapolis Colts, St Louis Rams, Pittsburgh Steelers and the Dolphins from 2003 to 2006. Then began a career in Arena Football and was a wide receiver for the Colorado Crush, until he retired in 2008. He started a business in the health and wellness industry and ran the company until 2016. Brad Pyatt decided to head to his home state of Colorado and began coaching high school football at his alma mater, Arvada West High School in 2014. He’s won several awards over the years as founder and CEO of his former wellness company, including the 2015 Bodybuilding.com Awards for Protein Bar of the Year and the GNC Rising Star Award in 2012, amongst several others.

Born in Arvada Colorado, Brad Pyatt was an exceptional leader, student, and sportsman who had a passion for football and health. He worked hard in school and graduated as one of the top students in his class. From there, Brad attended the University of Kentucky to study Kinesiology and Exercise Science and finished his studies at Northern Colorado University, before being drafted into the NFL. He has spent his entire career promoting the benefits of staying healthy and created his health and wellness company from the garage of his home, and when he left, the company was selling more than 180 million products per year. When not working, Brad Pyatt is volunteering as a football coach, loves playing golf, spending time with his family, watching his favorite shows, and enjoying movies such as The Wedding Crashers. He has stated that his parents inspired him to play sports and to focus on his health and well-being.

Well, I am interested in the health and well-being of everyone, so I wanted to start a company that would promote healthy living. From there I got together with my former partners and some health experts and had created a line of products that focused on precise macros to balance one’s diet. The whole thing began in my garage as a side project, and now it is a multi-million dollar corporation, who has helped millions of customers around the world.

I made money from several lines of supplements, which ranged from protein bars to whey protein shakes, and everything in between. The products are sold at a variety of retailers, including Walmart, GNC, The Vitamin Shoppe and several others. We follow strict FDA practices and are tested by a series of independent labs to ensure that each product is pure and does not consist of anything that is deemed illegal by the FDA and that they follow strict manufacturing practices.

The company was not profitable right away, as the health and wellness industry is a very competitive field. I say it took about a year or so, to start seeing the numbers grow and turn a decent profit. But to me, profit is not about how much you make from a sale, because so much goes into the production of each product, and you have to factor that into your profits.

Of course, there were times when I thought that the company wasn’t going to work out, because like I was saying before, health and wellness products are a huge industry and there are so many brands out there to choose from. Then you have to make sure that everything that is produced follows the guidelines of the FDA or they can shut you down as fast as the business begins. I handled it by believing in what I was offering and focused on how each product would help customers achieve their health goals, and from there my optimism worked in my favor.

Well….that’s a tough question. Because the products are sold in retailers around the country, my first customers came from there. Now if you are talking about personally, I had friends in the NFL, and other health and wellness influencers try the products to see how well they worked and if they were something that was going to sell, during the humble beginnings of my former company. So it depends on what angle you want to look at when it comes to customers and if they tried the products before they were released to the public or if someone purchased after its release.

Several methods have been used since the beginning when it comes to getting the name out there, that has worked well. We have had ads in various health and fitness magazines over the years and advertisements on the web that have helped us in the past. Social media has been a great tool as well to drum up new customers and to get the products out there. Influencers, whether social media or blogging have been a constant strategy too when it comes to marketing and also the awards that have been won over the years from major retailers and outlets in the industry has been a great way to market everything.

As you know, with any venture it can be challenging to find the best work-life balance, so your time is spent on doing what you love and spending crucial moments with those you love and care about. When running a company, time is money, and so I want to pack in as much of my work as possible, so things are going smoothly. So I am working on a plan that will help me do both, and it hasn’t been easy because hard work certainly pays off, but all the hours I spend in the office can also hinder things.

Pure determination to make things work and has pushed me to become successful. I have always been passionate about the health, wellness, and fitness, so that is a huge part of my success. I learned at a young age that nothing falls into your lap, so I worked hard to achieve every one of my goals, which has paid off with a successful NFL and AFL career, and a company that completely took off from its humble beginnings. Another thing is never to forget where you come from when success hits and that has always stayed with me. Even though I’ve made my name, Brad Pyatt, mean something, I can never forget where I came from nor my roots from back home.

The most satisfying moment for me has nothing to do with business. About three years ago, I headed back to my hometown of Arvada, Colorado and started volunteering as a high school football coach at my alma mater. I wanted to do this as a way to give back to the place which helped me achieve my dreams and to remember where I came from. I have taught these kids the value of teamwork, sportsmanship, and how to perfect their game on the football field. For me, that is satisfying because I am helping by molding these kids to become valued members of the community.

I think there is going to be positive growth, as millions of people worldwide are looking at hacking their wellness routines to not only live longer but to protect themselves from disease. I have been excited at the growing trend of using more natural and sustainable forms of proteins and other types of clean eating in health products, rather than use the synthetic junk that has other companies in this industry have used in the past. Millenials are more conscious about what they’re eating, and how it sustains them, so I see more products leaning in that direction, from protein shakes, to nutrition bars and supplements.

The one book which has inspired me throughout most of my post-NFL career has been Mastering Your Wellness Business: Helping You Put the Pieces Together, by Gail Sophia Edgel and Traci Brosman. This book has inspired me because it gives you a blueprint for how to market your wellness business to what to do if you run into an obstacle. It has helped me fine tune each aspect of my former company and turned it into a financial powerhouse.

There are a few things that I have purchased for business purposes recently. The first purchase was a new laptop, to do business on. I am the type who likes to use something until I need to replace it, so I ended up getting an HP Spectre x360 2-in-1. Not only can I use it as a computer, but when I need to show a presentation to potential new partners or businesses I can flip it over, and the computer will turn into a tablet. It has some pretty high specs, so I can perform all my business needs without it lagging. Another purchase I made recently, as I ended up partnering with a printing company to create all of my marketing materials. The company I went with before was not just up to par with my needs anymore, so I found another company that not only can handle the workload I give them, but I also got a better price for their services.