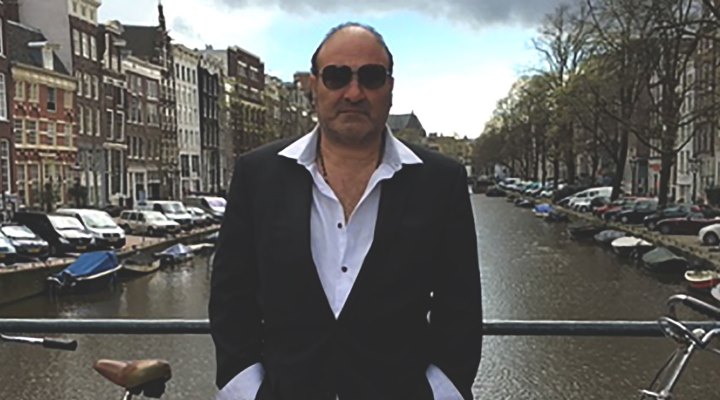 Beni Atoori has been an influential member of the independent film industry for over twenty-five years.  After graduating from the American Film Institute in 1993, Beni has been a major part on numerous successful films as everything from Director, to Producer, to Writer and everything in between. Atoori has developed a respectable collection of award-winning films such as “Thirteen Conversation About One Thing” starring Mathew McConaughey and Alan Arkin, as well as his most recent release, “The Last Movie Star”, starring the late, great, US cinema phenom, Burt Reynolds.

Atoori, the founder of Stonelock Pictures and Visionary Artists is currently developing his next major project, Wonderland Studios in the greater Los Angeles Area. Beni is anticipating that Wonderland Studios will become an entertainment hub that supports the independent film industry and the creators that work within. On top of the film influence Beni is hoping to break into various entertainment industries around the world including specialty foods and festivals.

Besides his work in the independent film industry, Atoori has received several recognitions for his humanitarian work outside of film including a $1.5 million sponsorship to the Baghdad Museum Project to encourage community outreach and cultural expansion.

From when I was just a young boy, I knew that I had a passion for cinema and even more so a passion for creativity. From a very young age, I realized that I had a “vision” that Hollywood elites always talk about when describing what it takes to make it in Hollywood. I studied hard, went to school to become a director and here I am on the cusp of starting one of the largest independent film studios in the world. I hope Wonderland Studios becomes the hub of independent film. I hope Wonderland Studios can give new artists a way to bring their ideas to life.

I think every entrepreneur, businessperson or regular Joe go through times of doubt, and the hard to swallow feeling of wanting to give up on a dream. If you are around long enough, it is bound to happen, and after 25 plus years in this industry it is nice to reflect on those moments and see how far I have come since doubting I could do one thing or another. Independent film is a challenge in and of itself, being successful in this industry can be even harder but my mentality rests on one sort of mantra, “If at first you do not succeed, try, try again”. I am a firm believer that we are created by our mistakes and our accomplishments. To me, making a mistake is not failure, instead, it is a time to reflect, grow a little, and try again.

My first “customer” came out of school. At the American Film Institute, your culminating project is a film, or an aspect of a film depending on your specialization. I produced the short film, Tis a Gift to Be Simple. I had to sell the idea to director James Burke and each of the stars. I had to sell the vision… and it ultimately worked.

Although referrals and word of mouth is the most powerful form of advertising in LA, I think my work speaks for itself. I produce films that I am passionate about and in most cases I find new projects come my way when others in the industry see and identify with the messages in my films. Those are the people I want to work with because we come to the table with a mutual understanding of vision, inspiration, and dedication.

Changing the vision from Stonelock Pictures to Wonderland Studios was an extremely tough decision. I had built Stonelock from the ground up, to hit pause, and start the process again on a much large scale is a challenge. But it is a challenge I am grateful to have and excited to overcome.

I think my attitude gives me an advantage in this industry. As I mentioned, I am a firm believer that mistakes are not failures but opportunities to grow and improve. In the film industry you are going to have a lot of losses, and some of them will be tough. But the important thing is you bounce back, learn from your mistakes and not only do you overcome that challenge, but you have more tools in the toolbox to tackle the next challenge. Keep going, regardless of how many steps back you may take.

I am honored with the chance to get that satisfied feeling every single time one of my films is complete. The final viewing of a film, when all the pieces come together, and everything is finalized is just as magical the 20th time as it was the first time. Watching the final version is like seeing the whole process, all the hard work, the sweat, the time, and the vision conclude. It is something you can be truly proud to be a part of.

I recently purchased the rights to the Wonderland Studios domain and essentially any presence of it online. With the online world rapidly expanding I know how important it is to get ahead of these things. I am hoping to develop an online presence that is just as big as my dream for the studio and this is a great start.

I get to bring ideas, visions and inspirations to life for millions of people to see. To me, nothing can top that.