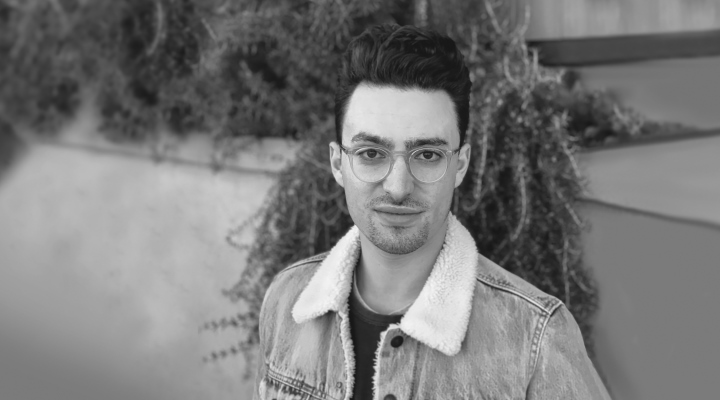 Born and raised in the heart of Silicon Valley, Avi Horowitz is a business-focused, futurist entrepreneur with a passion for frontier technologies that will change the way we work and live.

Early in his career, Avi Horowitz was accepted into a prestigious internship program at UBS in the company’s Private Wealth Management division. Avi spearheaded the implementation of UBS’ newly-refined goals-based wealth/portfolio management program for ultra-high net worth clientele.

Right out of high school, Avi received a graduate-level opportunity to be brought on as an innovation specialist for the U.S. Small Business Administration’s Office of Investment and Innovation in Washington D.C. Avi Horowitz worked directly under the SBA’s Chief Technologist and quickly became the chief technology officer’s right hand, ideating and creating an international symposium, “Enabling Transatlantic Collaboration Through Research & Innovation for Small Businesses”,  held at the Italian Embassy. The event was keynoted by the Italian Ambassador and Obama Cabinet Member Maria Contreras-Sweet, the Administrator of the SBA.

After attending the world-renowned top-ranked business program at Brandeis University where he also double-majored in Political Science, Avi Horowitz left school to pursue an opportunity to have a deep, early impact on the burgeoning virtual reality and augmented reality (XR) industry. Avi championed the building and growth of a corporation that became ranked as the third-most influential company in the VR industry, before taking leave to pursue other ventures.

Avi Horowitz now runs a large Twitter page focused on mobile augmented reality, @MadewithARKit, and consults for XR venture capital funds as a subject matter expert for frontier digital technologies. Avi is also a guest speaker for companies looking to understand the impact of XR technologies on their future business.

How did you get started in the technology industry? What inspired you?

I am specifically passionate about a distinct burgeoning technological field that will shift the paradigm of how humans interact with their digital information technology: spatial computing.

My obsession with spatial computing started in March 2014 when Facebook announced it had acquired a small kick starter virtual reality company called Oculus VR for $2 billion. At a unit price point of only $350, Oculus had successfully created a virtual reality headset leaps and bounds better than anything ever created before it during the previous unsuccessful wave of VR in the 90s. The moment the acquisition was announced, it was clear that Oculus had given birth to a future, successful immersive tech industry.

I was never into video games growing up. The degrees of disconnection from the content of the 2D games between the TV screen and the confusing handheld controller with odd buttons and joysticks turned me off from feeling any degree of immersion in the game. With VR, I became infatuated with the idea of fully immersing my sensory perception within a game. Before ever getting the chance to try Oculus firsthand and being that I was never a “gamer” myself, I immediately began thinking about other possible areas of application for providing that level of immersion and telepresence.

On the cusp of graduating high school at the time, I began contemplating how immersive digital technology could enhance learning and education. I’ve always been a visual and example-based learner; I could never grasp or understand a new concept simply by reading about it in a textbook. I began thinking, for example, what if, instead of trying to understand the inner workings of a cell from a textbook I could step inside the nucleus of a cell in VR? Look around and visualize its structure? Malleableize and play with it to understand its dynamics? Think about the innate deeper level of understanding one could garner from this visual sense of immersion. In addition to the degree of conceptual understanding, the speed of learning could drastically increase. I realized that VR could dramatically enhance our human ability to learn.

That infatuation was solidified later that year when it was announced that Google, Qualcomm, Legendary Entertainment, Kleiner Perkins Caufield & Byers, and Andreessen Horowitz lead a staggering $542 million Series B round of investment in a secretive Florida-based company called Magic Leap.   “[go] beyond the current perception of mobile computing, augmented reality, and virtual reality. We are transcending all three, and will revolutionize the way people communicate, purchase, learn, share and play.” With concept output videos and images of retinal-quality-rendered whales flying above a crowded beach and crashing through a gymnasium while stunned school children gasped in awe, my brain proverbially exploded thinking about all the ways this technology could enhance human perception.

How do you generate new ideas?

Zoom out. Take a problem or a currently inefficient method of doing something and break it down to its core necessities. Don’t get lost in the construct of whatever the current solution or offering is — really try to back out of that to gain perspective on the underlying desire. Then ask yourself: if money and current technological capabilities weren’t barriers — what would be an ideal solution? Invent a better mousetrap. Then figure out if you can make it feasible.

When you were starting out, was there ever a time you doubted yourself as a professional in the industry? If so, how did you handle that?

I entered the tech industry as an ambitious, but green teenager who’d just left a reputable university business program to encourage my impatience to start working. From a young age, I’d always been eager to start working. I was always afraid that my tender age would diminish my ability to be taken seriously. I’ve always had great email skills, but as soon as that email was ready to turn into a face-to-face meeting, I had to push down those nerves of anxiety and feign confidence. This was not easy at first and I surmise it was often fairly transparent. But with every little success, the facade was slowly replaced by genuine confidence — in my pitch, my product, and most importantly, myself.

In-person networking events. Whether it’s attending well-constructed conferences that cater to creators and consumers or organizing your own events to bring together people from all facets of your industry, nothing beats face-to-face interactions, as nearly every conversation is an opportunity to sell some aspect of your offering.

I was in a serious car accident earlier this year that made me face a question of whether or not it was time to move on from my last company. The company had experienced some internal and external turmoil that our novice co-founders chose to handle with more care for self-preservation than what was best for the company’s survival. As chief of staff and an officer of the board, I worked tirelessly with our advisory board and general council to attempt to sway the board-controlling co-founders (namely the CEO) to make different decisions that were in the best interest of the company. In the midst of all of this, I incurred debilitating physical injuries when I was involved in a vehicle-motorist accident on the city streets of San Francisco — not five blocks from my apartment. While recovering, I gained perspective on the situation, and ultimately concluded that I was fighting a losing battle and that my efforts would be better directed towards other ventures. However, days before I was going to officially resign, the company’s financials fell below the official level at which they could continue paying their employees and were forced to let go of the entire staff, and began the process of winding down. This was a devastating emotional blow, as I’d left school for the opportunity to play a pivotal role scaling the company to its position in the upper echelons of the immersive technology industry. I had two choices:  let someone else’s failures in judgement defeat my entrepreneurial passions or harness those learnings and pivot them to my advantage to pursue my next adventure. I decided the latter and haven’t looked back.

My tenacity for global and local events. There are few things I enjoy more than filling out my landscape understanding of current politics, financial markets, and existing and emerging tech industries. When I’m not staring at my laptop or phone actively working, I’m reading article after article about current events. Staying informed about political, financial, and technological activity and piecing together their potential interconnectivity can give you a unique perspective that I don’t think enough people appreciate.

What has been your most satisfying moment in the technology industry?

It’s not one single moment — but rather any time I get to give someone their first VR/AR experience, and they immediately “get” the profound implications of spatial computing like I did when I first demoed the technology.

What are you most excited about for the future of the industry?

The underlying technology required to power our vision of what we know XR’s potential could be — optics & displays, graphics, eye tracking, audio, interaction, ergonomics, and computer vision technology — unfortunately is still three to five years out from maturation. However, once those technologies meet their inflection point, we will witness the ushering of a new paradigm of human-computer interaction — one that will take society out of staring down with our heads buried in our isolating smartphones and lift our gaze back up to eye-level — having digital information unobtrusively and intelligently inlayed on top of our physical environments — enhancing our personal interactions, rather than distracting us from them. I can’t wait for this.

What business books or other media have inspired you?

Competition in business is a subject I find fascinating; I believe much can be learned from examining business competition cases and dissecting historical events that led one business to outperform its competitor. For this reason, Wondery’s “Business Wars” podcast is one of my all-time favorites.

What is a recent purchase you have made that’s helped with your ventures?

If you do any sort of management work that involves timelines and multiple stakeholders, the online project management tool “Proggio” is a game changer. It’s a collaborative and dynamically-responsive Gantt chart program that cleanly illustrates multiple projects with respective sub-deliverable and timelines in one cohesive picture that will intelligently react to updates and changes — highlighting the implications that change may have on the larger timeline scope of the project. Crucial for multitasking entrepreneurs like myself.