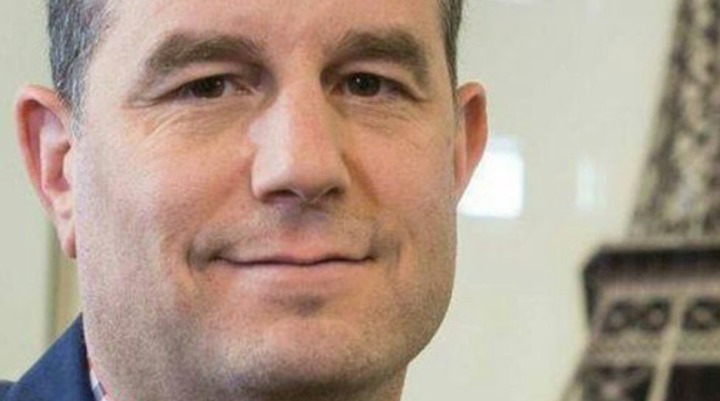 Anthony Toma is the CEO & founder of Nine9 The UnAgency, a talent services company that is revolutionizing the way actors and models are represented in the entertainment industry. A successful businessman and entrepreneur, Toma has owned multiple businesses across several industries including retail, service, and entertainment. He’s worked with influential entertainment industry leaders, and he’s passionate about opening new doors and opportunities for everyone with the heart, ambition, and willingness to believe and invest in themselves.

How did you get started in this business? What inspired you to start Nine9?

I always knew that working for someone other than myself wasn’t going to be the way things went for me. The way I got started in this business was about survival more than anything. When I was just 21 and my brother was 19, we followed in our dad’s footsteps and went into the grocery store business. Our dad helped us out with the investment to get started, and in 1988 we were the proud owners of Wonder Foods. Wonder was a small mini market tucked away in a small neighborhood on the eastside of Detroit. We owned it for almost 12 years. When my brother became the victim of an armed robbery, we decided it was time to count our blessings and move on. I started looking into franchises in the food industry, and instead found one that offered a similar service to what Nine9 is today. I bought one franchise and then another and another and another. After a couple years had passed, I ended up with an ownership interest in 26 franchises across the country. The franchises were offered by a very high profile group — one was the creator of the Backstreet Boys and NSYNC and the other is the father of Super Models Gigi and Bella Hadid. As a franchisee I didn’t have much of a say in the business practices. Unfortunately that company eventually dissolved, leaving the franchisees out to dry. So I guess you could say that is what inspired me. I saw the potential in that business model, and decided with a few adjustments, it could change the way the entertainment industry works.

Unlike an agency that funds the development and the test shoots and charges models a commission on everything they make, we charge a nominal fee to get setup with Nine9. We also charge a monthly maintenance fee that the talent have the flexibility to stop and start anytime.

It took almost two years to become profitable. It was a rocky start but a couple of years in, we got clarity and into a groove.

I came from a franchisee’s role, which is essentially just sales. When I started Nine9 I suddenly became responsible for the office day-to-day plus the corporate entity and its functions including, marketing, legal, PR, finance, tech and more. We stumbled the first year and my investor and partner wanted out of the business. Instead of giving up, I doubled down and bought them out. Becoming solely responsible for all of the decisions made things more stressful, but also easier in a way. My first order of business was to plant the Nine9 flag in the heart New York City. Nine9’s Times Square location was the start of our rise.

The first customer was actually recruited by one of our talent scouts. When we first started in 2003, the internet, advertising, and social media did not really offer the reach they do today. We actually had to physically go out and find people that were interested in modeling and acting. Today people find us.

Facebook is where we get the best results for our money. We were previously heavily dependent on Adwords (Google paid search), but recently shifted our advertising budget to Facebook ads, and have seen excellent ROI. If you are looking for comprehensive YouTube videos offering Facebook advertising advice, Miles Beckler is your guy.

I do not know that any decision I’ve ever had to make for the business was “tough.” I rely on past experiences and data and lean on my team to make the big decisions. If you want to be a successful entrepreneur you have to be decisive and somewhat able to anticipate what’s coming next.

Experience and continuously educating myself. Taking lessons learned in the past and applying them to new problems and pain points. Surrounding yourself with good people is also incredibly important.

Waking up every day to a new challenge. To use a football analogy: being the quarterback, general manager, and coach of such a great company and team that is in a position to help people find their place in the entertainment industry. Most of all, when I am able to sit back and think about how I built something really cool.

Of course,  continued growth and expansion will always be in our future, but the thing that most excites me is our app that is currently in development. The Nine9 Scouting App is being designed with the intent to Gamify the scouting industry. The app, will further improve our client experience while helping us reach more talent.

Sell or Be Sold and Be Obsessed or Be Average by Grant Cardone. Crush It and #AskGaryVee: One Entrepreneur’s Take on Leadership, Social Media and Self-Awareness by Gary Vaynerchuk.

It was actually another book called “Traction: Get a Grip on Your Business” by Gino Wickman. It’s led to the biggest positive shift in the culture of Nine9. After reading it, I was intrigued by a processes it details called, “EOS – The Entrepreneurial Operating System.” Implementing the system has been one of the best business decisions I’ve made for Nine9, its customers, and employees.