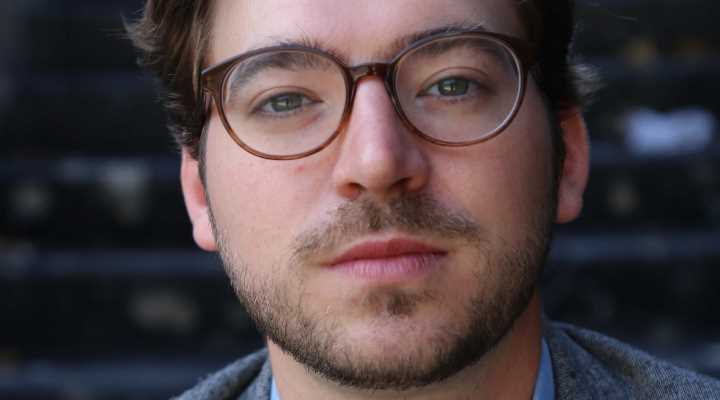 Anthony Mattana Founder of Hooke Audio, graduated from Carnegie Mellon University with a degree in Theatrical Sound Design. With professional work as a Broadway sound designer, composer-musician, and inventor, it is clear why he was cited by Live Design Magazine as a “Young Designer to Watch”.

Mattana is a professional at telling stories through audio in both large and small-scale productions. Inspired by the professional audio tools he had access to in the theater, he invented Hooke Audio, a 3D audio recording platform designed to change the way people can record using just their smartphones. Since Hooke Audio’s launch, Anthony has been recognized as one of the key audio thought leaders in VR and the 3D audio space and has gone on to speak about the growing spatial audio market at globally recognized events like Midem, SXSW, Northside Festival, NYVR Expo, MWC, NAMM, CES, and Taiwan Beats. Mimicking the way our ears hear naturally, 3D or spatial audio allows people to hear sounds all around them in more accurate detail than stereo. 3D audio creates a clear pinpoint to where sound is coming from in an acoustic space which enables better listening.

Do you remember the exact moment when you had the idea for your business? What inspired you to actualize it?

When I was working as a sound designer on Broadway, I witnessed firsthand the very limited knowledge both my audiences and collaborators had of the power that great audio brings to storytelling. I would watch my directors and producers talk intelligibly about color temperature, saturation, and brightness with the scenic, costume and lighting designers. But when it came to sound they would just ask for a big wind blow sound to close out the act like every other show. I realized that my directors had dimmers on the chandeliers above their dining room tables, autofocus on their phones and color balance on their social media posts, but very little control over sound on their consumer devices. I realized that if people had a better ability to be creative with sound on their consumer devices, then they would care about it. And thus, Hooke Audio was born! We aim to give you that control over sound without adding an additional piece of gear to your life. Hooke Verse is headphones upgraded, a simple, portable and durable pair of headphones that can record sound in 3D, ultimately changing the way you record the world.

What were some of the highlights in your first year?

One day while we were still in development on the Verse, I received a Twitter notification from a user asking me what the headphones looked like. I was surprised by this question since there are photos of Hooke Verse all over the internet. When I responded by directing him to a site, the user told me he was 100% blind. Within 5 minutes I had over 40 replies and retweets from other blind Twitter users. To my surprise, Hooke Verse has been posted on an accessibility forum and the blind community was ecstatic to hear about it. Blind users have used binaural mics for decades, they’ve just never had the ability to record it to their phones. For them, audio that sheds directionality is useless. So, we then set off on a journey to make the Hooke 3D Audio recording app completely accessible to blind users. How do you design a mic adjustment fader on a touch screen for someone who can’t see?! It was a crazy unexpected trip, but one that I am so grateful we took on. One user told me “I can finally record my home videos on my smartphone”. The story inspired an article on the Observer.

In terms of your product, what excites you the most?

All of the amazing and inspiring work that is coming from our customers. I’ve always believed firmly in the idea that if you make something in which someone much smarter and crazier than you can use in a way you never even thought of, then you have a product. I am in awe every day at the amazing stories people are telling in binaural audio.

How do you design a mic adjustment fader on a touch screen for someone who can’t see?! It was a crazy unexpected trip, but one that I am so grateful we took on.

Do you think there will be mass-adoption of binaural audio or do you think it will remain more niche?

It will undoubtedly become mass adopted. The 3D Audio Market is Projected to Touch US$ 12,340.7 Million by 2025. The number of mobile devices in our lives increases every year. With more content being consumed on mobile than ever, it’s only natural that this content is consumed on headphones. The beauty of binaural is that it can be experienced on any two-channel audio system, no special algorithms or adapters required; just your headphones. More mobile headphone content = a wide open door for creating in binaural audio.

What are some interesting use cases for your product that may not be immediately apparent?

We have one user recording men catcalling her walking the streets of NYC. The binaural brings a sense of empathy to the woman, you’re able to feel just how close they are and how invasive their calling is. I hope it brings attention to what women in NYC, unfortunately, face daily. I have one user who is a front of house mixer on a touring musical wearing the Verse from his mixing position, allowing anyone from all over the world to hear what he does during the performance. We have one user reviewing cars by recording himself driving and wearing the Verse so you can hear how the loud the car is in 4th 5th or 6th gear. We also have a mom recording her sons first piano recitals. A beautiful way to remember a special moment and relive it again and again.

Were there any unique legal challenges related to your product that you feel comfortable sharing?

I wouldn’t call it a “by the book” legal challenge, but after going through it, it certainly felt legal to me. Our Hooke Verse uses a proprietary codec that allows us to stream dual channel high-quality audio to iPhones and Android devices. In order for this codec to be received from iPhones and Android phones, we use a mobile app to record the audio. Our Android app was accepted into the Google Play store the week we submitted, but Apple was not so easy. We were forced to receive an Apple MFi certification in order for our app to become available on the App store.

What seemed like a simple approval process turned out to be incredibly arduous, under-supported and at times diabolical scheme by Apple to keep their stronghold on the consumer electronics market.

What seemed like a simple approval process turned out to be an incredibly arduous, under-supported and at times diabolical scheme by Apple to keep their stronghold on the consumer electronics market. They force you to hand all over all of your IP, all of your code and adhere to their standards of what they believe is a “quality headset”.  At one point, they wouldn’t approve our headset because it didn’t have a 3-button array. I had to fly to Cupertino, file an official exception request and plead my case as to why the Hooke Verse was specifically designed without a 3-button array. After almost two years of back and forth, they approved our Hooke Verse under the condition that it did not support hands-free calling. According to Apple, only iOS headsets with a 3-button array can support hands-free calling.

We released the Verse and 4 months later they released the AirPods, headphones that support hands-free calling without a 3-button array. When I brought this up to Apple, they approved the Verse to support hands-free calling almost instantaneously as if they hadn’t just wasted the last two years of Hooke Audio’s life and thousands of dollars trying to get our app into the app store. It was insane and felt very corporate. It inspired me to create a blog post to help other makers pass the MFi certification process. It is a very hush hush affair, everyone goes through Hell trying to get it and no one wants to share their war stories for fear of competition. I don’t believe in that.

What was an obstacle to bringing your product to market and how did you overcome it?

Do you have any advice to share with other entrepreneurs who want to bring their own innovative hardware products to market?

If you can make something that someone much smarter and crazier than you uses in a way you never even dreamed of, then you have a product.