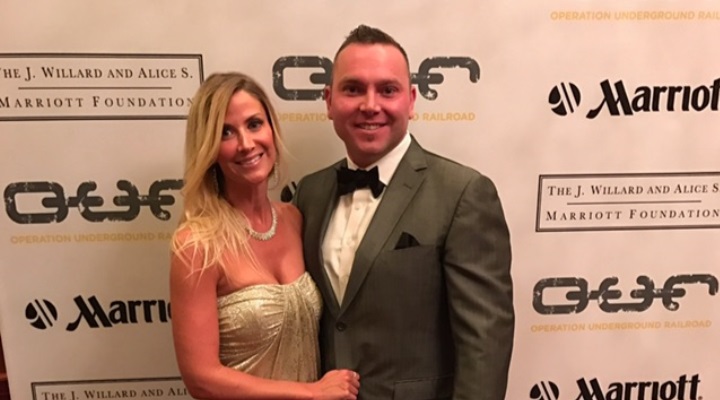 Andrew McCubbins is an entrepreneur/investor/philanthropist who has started and operated multiple multimillion-dollar businesses since 2007 ranging from internet sales and marketing companies to medical software and tech companies.  He is currently the founder and CEO of Bronson Medical, a medical tech company that has revolutionized the healthcare industry by providing chronic care patients 24/7 access to healthcare providers in their area from the comfort of their own home via telemedicine technology.

Andrew McCubbins has invested in several multi-billion dollar companies as an early stage investor using the same principles he applies to his own companies in early-stage investing, even getting involved in Bitcoin several years ago when Bitcoin was under $60.00 per coin.  (Currently $4,650.00) When asked what Andrew’s secrets to early-stage investing are, with a smile he simply replies “Run against the crowd, not with the crowd.”  Andrew McCubbins is unlike any entrepreneur or philanthropist we’ve ever met.  He’s actively involved in Operation Underground Railroad, a non-profit organization whose mission is rescuing child trafficking victims who have been kidnapped from all over the world.

As opposed to most wealthy individuals who simply write checks to fund noble causes, Andrew spent years vigorously training with Navy SEALS and other Special Forces organizations honing his skills such as hostage rescue and escape, room clearing, tactical driving techniques, weapons training, surveillance and counter-surveillance, and hand to hand combat training currently taught to the CIA and Homeland Security.  He uses these skills to participate in the actual undercover and rescue operations throughout Mexico, Haiti, and the Dominican Republic.  To date, he has personally been involved in the rescue of 74 children and the arrest of 24 traffickers and pedophiles.  For more information about the rescue efforts currently underway, please visit www.OURRESCUE.org

I have always had the entrepreneurial “bug” in me since I was a child.  I remember the first time my parents told me they knew I would be an entrepreneur.  I was in the second grade and there were these gummy candies called “SlimeSlurps”.  My brother who was much older than I worked for a bulk foods distribution company much like Costco is today which would purchase food from several different manufacturers at wholesale and sell them in their retail stores.  Oftentimes, they had items that would get damaged during transport and would then offer to their employees (my brother) at a heavily discounted or even sometimes free price.  In most cases, the exterior packaging would be damaged while the individually wrapped items would be perfectly intact.  Having been a gummy candy connoisseur, (and young entrepreneur) I approached my 20-year-old brother with a business plan.  He’d buy all the damaged boxes of 50 individually wrapped SlimeSlurps and I’d buy them from him for 5 dollars a box.  Little did he know I was selling the individually wrapped packages (50 count) at a minimum price of .50 cents all the way up to $1.50 to everyone in not only my elementary school, but all of the elementary schools in the surrounding cities.  I was making more money than I could literally count at the time.  My mother recounted how every day I would come home with pockets stuffed full of dollar bills and quarters and ask her to count my daily income.  Ultimately, I had a product, my sugar loving elementary aged peers created the demand, and I had the entrepreneurial spirit to capitalize.  It was at that early age my parents knew I danced to a different beat than most other kids.  I may or may not be the reason food manufacturers started printing “individual items may NOT be sold separately” on each individually packaged goodie sold within a box of goodies.  J

What inspired me to start Bronson Medical was the desire to simplify the whole “seeing a doctor” process.  I have 2 children, a boy and a girl.  About 5 years ago, my 7-year-old daughter at the time woke up one Saturday morning complaining of a severe sore throat. My daughter had gotten strep throat several times over the years and as a parent, I was 99% confident before taking her to the local urgent care facility that she would test positive for strep throat as my son had tested positive the week prior and had stayed home from school as a result.  Rather than calling my daughter’s pediatrician on a Saturday morning only to get their ‘Nights and Weekends’ voicemail, I thought to myself “If only I could speak to her pediatrician in person without having to get her dressed, in the car and haul her into an urgent care facility only to sit in a waiting room for 3 hours exposing her to a myriad of different sicknesses to be seen by a Dr. and get the prescription I knew she needed 3.5 hours earlier” then I would not only solve a problem I’d personally faced dozens of times as a parent of two children over the years, but I’d solve a problem for the millions of other parents that MUST be going through the exact same thing I’m having to drag my daughter through. So, I did my market research and found that over 75% of all urgent care and ER visits could have been treated over the phone (telemedicine) rather than in person.  In other words, my daughter’s strep throat as well as dozens of other symptoms or ailments I’d taken my children into the Dr’s office for over the years could have been treated over the phone and without having to take them to an urgent care or ER facility only to be seen by the Dr. for an average of 3 minutes and be prescribed a simple antibiotic or told “it’s a virus and needs to run its course”.  Enter Bronson Medical.  Last year when my daughter was 11, my wife and I were on our way to Mexico to enjoy a week’s long vacation.  We had dropped my daughter and son off at their grandparent’s house the night before.  Right as my wife and I were entering the security line at the airport, my mother-in-law called and said that my daughter had woken up with a severe sore throat.  My son had strep throat the week before again and my wife and I were nervous that my daughter might have gotten exposed.  Sure enough, she had.  Rather than inconveniencing my mother-in-law by asking her to take my daughter to the local urgent care facility, I called a Bronson Medical Dr. who specializes in telemedicine and patched them in to have a brief conversation with my daughter.  The Bronson Medical Dr. determined my daughter did, in fact, have strep throat and called a prescription into a local pharmacy that was less than a mile away from my mother-in-law’s house.  This all took place within the time my wife and I were standing in the security line at the airport getting ready to board an international flight to Mexico.  How incredible is that?!  Simplifying the entire healthcare process has been long overdue and Bronson Medical has been a pioneer in that simplification process.

Bronson Medical makes money by simplifying the entire healthcare process. Rather than scheduling a time to drive all the way to a physician, go through the check-in and waiting room process, especially for chronic care patients, Bronson Medical simplifies that entire event by having a healthcare provider call you in the comfort of your own home and around YOUR schedule and if appropriate, calling in a prescription to the pharmacy of your choice.

Bronson Medical was profitable within the first 90 days.

No.  From the inception, I knew there was a tremendous need to simplify the healthcare process and whenever there is a great need or demand, there is a way to capitalize on the solution or supply.

Bronson Medical got its first customer by hiring an office full of sales representatives whose job was to “educate” the customer/patient on the concept of telemedicine and the convenience it offered.  Their job initially was not to sell, but simply educate the consumer knowing that as word got out, customers/patients would come to us for the solution as one of the first and only pioneers in the telemedicine industry.

Just as I mentioned in the last question, educating patients/customers first on the simplicity and low cost of the ability to provide accurate in-home healthcare for the majority of their symptoms has created more demand than we can almost fulfill.  There’s a saying that goes “People don’t care what you know until they know that you care” so if you focus on the customer/patient’s needs, the money will soon follow.

The most difficult decision I’ve had to make within the last few months was to turn an offer to sell one of my companies down.  The offer was a fair offer but I knew the company making the offer would try to cut costs by offering an inferior product than my customers/patients had paid for and deserved.

Persistence along with the unquenchable desire to succeed.

It’s split between being able to provide an income to over 1,000 employees and their families and turning down an offer to sell my company for more than I thought it was even worth because I knew I wasn’t done growing it.

The healthcare industry is and has been broken for many years and it needs entrepreneurial minds to fix it.  Whenever there is something that is broken, there is an opportunity which will excite any entrepreneur.

I’ve never met a truly successful entrepreneur or a truly learned individual who does not love reading.  A few that I have read and would certainly recommend are:

A Tony Robbins “Unleash the Power Within” event ticket.  I have to be honest though, I didn’t have to pay for the event.  I traveled to Haiti with Tony and Operation Underground Railroad and got to know how incredible of a man he is.  After the trip to Haiti, Tony invited a few of us out to LA for one of his events as his personal guests.  It was the first event of his I’d attended and it was unbelievably transformational.  It was amazing how inspirational it was.  Not only for me but others too.  Among his other personal guests attending the event along with us were celebrities such as Kanye West, Kim Kardashian, Kylie Jenner, Carmen Electra, supermodels, billionaires etc.  I was surprised at how inspirational the event was for them as well.

What are the three most valuable possessions, accomplishments, or treasures you possess?