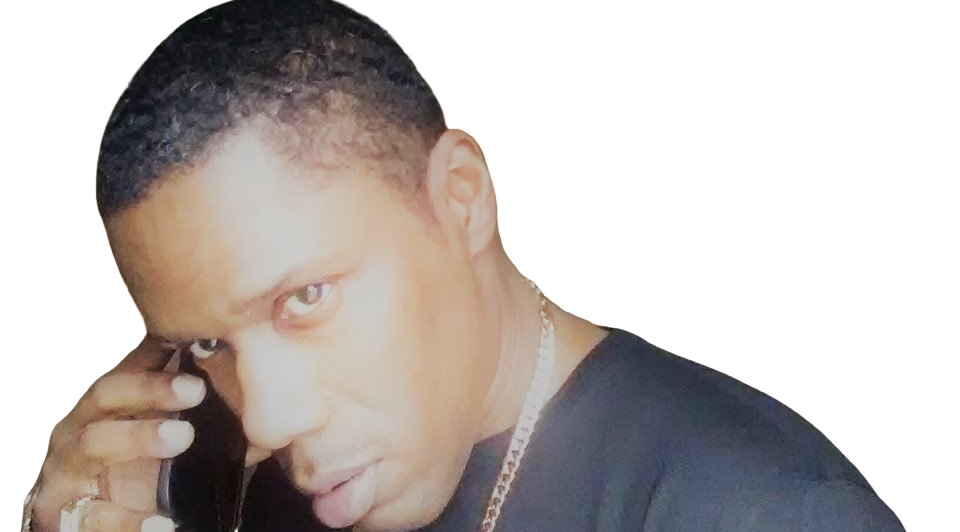 Alterik Finney is the artist known as KI Back at it. He is the CEO of Jersey We Lit Records. Since he first discovered music as an outlet, KI Back at it has been constantly releasing music. He is even known as one of the most consistent artists in New Jersey. Growing up around Newark in the 90s, KI Back at it was heavily influenced by veterans like Naz and Jay Z as he would spit rhymes in local freestyle street battles. Although he enjoyed being involved in the battles and listening to his favorite artists, being able to produce music was another story. Even though his abilities were growing, he was fine-tuning his skills and sharpening his lyrical flow, studio time was simply too expensive back then. Although he started to realize his potential, he wasn’t taking his potential for a musical career seriously yet. Even the ability to start laying down tracks onto CDs didn’t provide the exposure that KI Back at it was looking for. KI Back at it has been very transparent about his past struggles and the adversity he has overcome. He has done a lot of outreach with younger ones to help them learn from his mistakes so that they can have a more positive experience in life, specifically using music as an outlet.

One of the mistakes he has spoken about is “doing time”. It was actually while he was “doing time” that he learned how to start making songs without writing them down, as he didn’t have access to paper. Instead of letting that period of his life set him back, he chose to use it as an opportunity to hone his skills, move forward, and seek personal growth. These are all things he helps to teach others now as well. As technology started to advance along with his skills, though, a new world starts to open up before him. KI back at it worked with a few smaller labels and artists and then as the internet and streaming became more and more popular for artists, his possibilities started to become limitless.

Now making distribution much easier for KI Back at it, he could focus on his own label, Jersey We Lit Records. Once he decided to invest into the label, he mastered and perfected his own unique sound his fans have come to recognize and adore. Once he started creating music, KI back at it has been consistently releasing something new nearly daily. His latest release is a catchy James Brown sample titled “I said Dance”. His other notable works include the albums Addicted to Hip Hop and Destroy and Rebuild. KI Back at it has found a positive future for himself and a way to mentor younger ones to give their lives direction and purpose as well. He has built his own label and perfected his own sound. He does all his own recording, mixing, mastering, and creating songs using no pad. His story is a perfect example of the true entrepreneurial spirit, an individual who found their calling and paved their own way to success.

I have always had an interest in the industry. I used to participate in street battles growing up and have been creating songs and music practically all of my life. I would say that once streaming became more popular is when things really became more accessible for me and I decided to start the label. I have grown a following on the internet and used my studio to consistently create music nearly every day as well as using it to help younger ones to learn about the industry.

I make money by selling my music and I also run ads on Instagram. I am constantly seeking innovative ways to monetize my interests but at the same time, music has always been about the outlet for me. I am passionate about what I do, and that passion comes through my art. I am hoping that the passion makes a positive impact on my community and my listeners and that I can affect a positive change through my music. That is the bigger picture than just the money too. It’s an important thing to remember.

I have never run a deficit since starting Jersey We Lit Records, so I guess you could say that I have always been profitable. But I am still not at a point of doing this full- time either. I am really hoping that that is something I can accomplish in the very near future. I have many of the components necessary to do this full-time, such as a constant rate of creating music and releasing it, all of the equipment needed, and absolutely the drive needed to do so. I think what needs to come next, is just taking my exposure to the next level.

I have had times that I have doubted, especially after investing so much time and money. When you are doubting something though, I think it is important to reflect on whether or not it is something that you feel you are truly passionate about. If you find that you are, you will find the strength you need keep going, which is exactly what I did in those moments of doubt.

My first customers were friends and family. They have always been huge supporters of mine. It is very important to have a big support system and to surround yourself with positive individuals that will build you up. There’s just not enough time in life for negative or toxic people that will tear you down or tell you that you can’t achieve the things you are passionate about.

Using social media to market. Sharing links across all platforms, and monetizing ads where you can. You can not only gain exposure, but you can let social media exposure do the work for you and make some easy money if you do it right. It is also a great place to get to know your fans and to be yourself so they can get to know the real you.

I work part time dealing with a trucking business. During the pandemic it has been tough to make the decisions needed keep the business going. I know that it has been difficult for a lot of businesses, making those daily decisions on how to keep the lights on, how to keep employees on the payroll, and so many other stressful things. It can be tiring to get up at 4:30 and work this job and then come home to work my record label right after but I am so grateful for the creative outlet that my music gives me.

My drive and energy. Also, where I came from and learning from my struggle. I don’t want my son to go through that, I want him to have a 100% different life than I had, that keeps me strong and going.

Creating my label on my own and doing all of the recording, mixing, mastering, and creating songs. Also, seeing people enjoy my music and make videos dancing to it.

I think the future holds nothing but potential. I see a lot of growth for Jersey We Lit Records. I am excited to release more music, to work with the kids more and help them learn more about the business, and of course to see my son grow up.

Empire State of Mind: How Jay-Z Went from Street Corner to Corner Office by Zack O’Malley Greenburg and How To Make It in the New Music Business: Practical Tips on Building a Loyal Following and Making a Living as a Musician by Ari Herstand

Get financially literate and don’t spend your money, save it.

Absolutely! You can email me at kibackatit@gmail.com