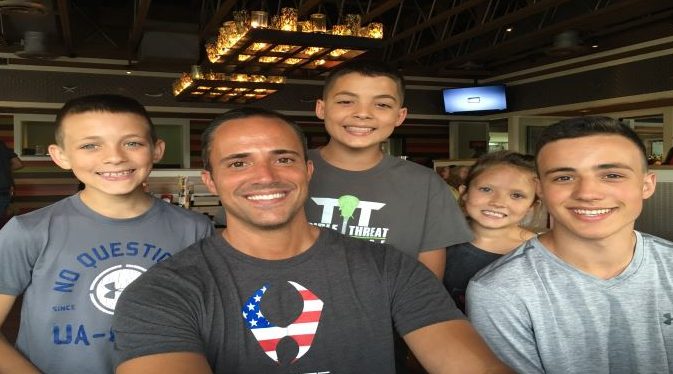 Alexi Rice of Bethel Park in Pittsburgh, Pennsylvania, is a humble man that exemplifies endurance. In his current role with PNC bank as Vice President, he has many talents that he contributes on a daily basis, working and communicating with other high-level executives.

Alexi spent five valuable years of his life in the United States Marine Corps where he excelled in his duties. During his fourth year, a professional visited him in Commercial Real Estate that had done some business with his father. The Real Estate Professional decided to come visit Alexi, where he was living at the time, in San Diego, and he and his wife and took him out to dinner. During dinner, the man proposed after Alexi left the Marine Corps, he would get in touch with him so that he could help him find a job in real estate. Nearing the end of his fifth year in the Marine Corps, Alexi decided he was no longer progressing as he wanted to be and decided it was the right time to exit. He did just as the man had requested and got in contact with him about starting a career in real estate.
Unfortunately, that person did not have a job to offer Alexi, but he did have connections, and he started to spread the word. He helped Alexi get into a job at a different company, however, where he could start his career in the real estate industry.

Over the following years, Alexi went through a few different companies where he was with the company when they went through a period of restructuring. Usually being one of the last hires, he was usually one of the first to be let go. Remarkably though, Alexi did not have to wait long for another company to hire him. He was performing well in his role, and they appreciated his incredible potential. Many companies during this time period were going through these waxing and waning periods of growth and then reduction, and many of the other companies knew that talented employees like Alexi were certainly not to blame. Nevertheless, for Alexi, these trials did foster a feeling of wondering if this industry was the right fit for him. Instead of giving in to any feeling of doubt, he perseveres and eventually continues to climb higher and higher until he reaches his current role at PNC bank.

Alexi Rice is a devoted father that works hard to take care of the people he cares about. He has set an example of endurance and perseverance for his children. He shows them that life is about following through with commitments but also about more than just work. In a world where so many forget to how to balance work and the rest of life, Alexi makes it look easy. He is an exemplary worker, but then he also enjoys his family time, sports, and many other activities outside of work. When his children were younger, he would coach their various sports games and now that they are older, he still finds other activities to enjoy with them as well as other charitable causes to devote time to. Alexi knows through experience that companies can change and so can a person’s career right along with it. So while it is important to work hard, it is all the more important to prioritize the aspects you truly care about in life as well.

After high school and attending some college, I enlisted in the United States Marine Corps where I spent a very important 5 years of my life. Somewhere around year 4, I met a professional in Commercial Real Estate that had done some business with my dad. This Real Estate Professional decided to come visit me where I was living at the time, in San Diego and my wife and I took him out to dinner. He said to me, “when you get out of the Marine Corps, let me know and I’d like to help you get into the real estate industry”. Nearing the end of my fifth year I realized that it was time for me to exit the Marine Corps. Although, I really enjoyed my time, I felt as though I wasn’t progressing as quickly as I felt I should be. When I got out, I got back in touch with that individual and that is where my journey with the different companies within the industry I worked for started before ultimately ended up here at PNC.

I have a salary and compensation plan that is very fair based on current competitive market conditions.

In my role as vice president, I was profitable from day one.

I went through many different companies before landing in the role I am in now. There was definitely a time in between where I was doubting, just because it seemed as though I was doing everything right and trying my hardest but the companies, I was working for were just not the right ones. I would be with a company for about 2 years and then they would restructure and go through a last in, first out phase and I would have to start all over again. That happened a few times. It started to feel as though I was in the wrong industry, but I had already invested a lot of effort in at that point. It was a moment where you have to make that decision to just persevere and keep going. That’s how I handled it I guess, I just kept going and it wasn’t easy, but it eventually got better.

That would have been at the first company I was working for and after a LOT of cold calling. I honestly don’t remember who it was.

I try to avoid making really tough decisions. I tend to live my life in a way that keeps things in balance as much as possible. I think if you try to keep things in perspective, nothing will become too much of a difficult decision.

I would say that my drive and persistence stems from doing what I do out of love for my family. Everyone has a motivating factor for why they get out of bed in the morning and of course my kids keep me going. I also have always been taught that if you commit to something, you follow through. Not only do I personally believe that but of course I am trying to exemplify that as well.

Finally getting to where I am, being with a great company and working with great people, is a satisfying accomplishment. I have gone through a long road to get here and so it is nice to get to a place where I can relax a little and stop worrying so much about “the climb”.

I guess I will just have to see. It will be pretty exciting to see how business change in a post covid world. Going forward, I am guessing business everywhere is going to look a lot different so we are all just going to have to wait and see how that looks and how it will affect us all.

Frederic Laloux’s Reinventing Organizations is a book about the way we manage organizations. It makes a lot of excellent observations and has some great ideas to rejuvenate the way management is looked at as a whole. It is worth a read if you are in a management position.

I would just let my younger self know that things will all work out in the end. That things may not always be easy, or that things may get a little bumpy at times too but that I still end up with 4 amazing kids at the end of it that I love so it is still going to be worth going through the tough times.

Not at this time.