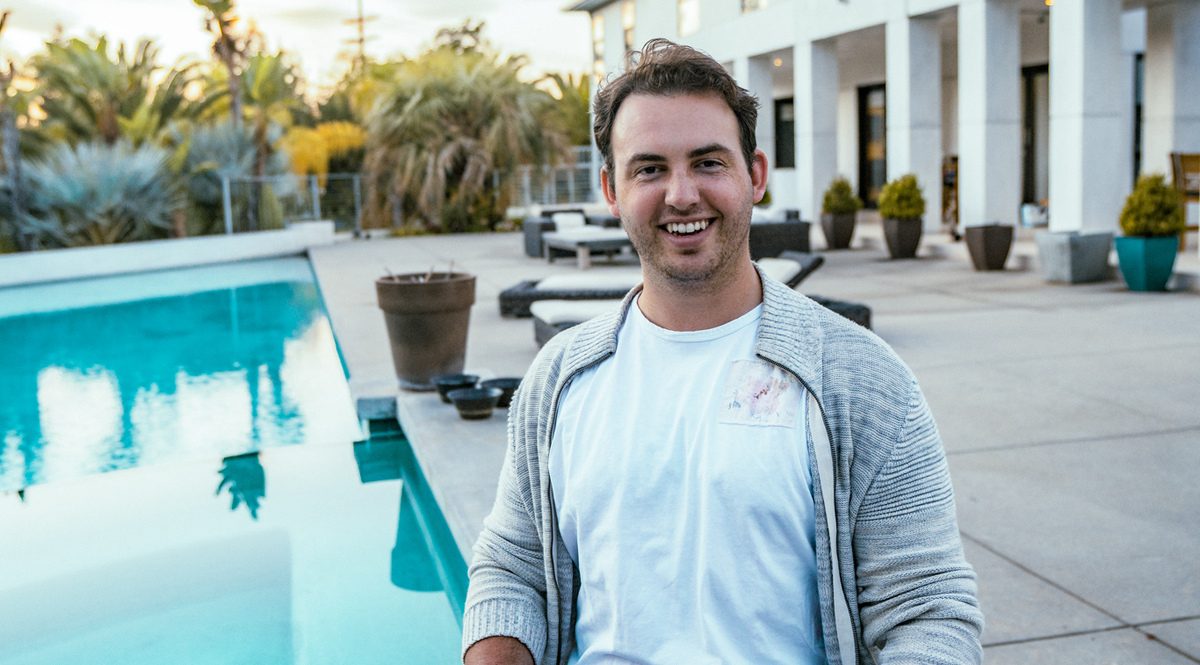 Alexander Martino is the founder and CEO of The Scaling Group, LLC; an e-commerce venture he began to supplement his income during his time at university. In only eight months since its conception, Alexander had accumulated over 1,500 clients and his company skyrocketed past 7 figures. While Alexander’s entrance into digital entrepreneurship has been fruitful, none of it happened on accident.

Alexander spent over 7 months working a corporate job for a giant franchise where he managed over half a million dollars a month on paid ads. This being Alexander’s first taste of the workforce ever, he inevitably faced burnout and was also asked to leave his college as he stopped attending classes. Alexander then invested all his time and energy into The Scaling Group, which now exceeds over a million dollars in revenue a month.

I was entirely broke in college when I left college and got a corporate job with a huge franchise, which was my first time diving into work. There, I managed half a million dollars a month doing ads on Facebook. Much of it was self-taught, but I was making more money there than I would have if I graduated college. I ended up getting burnt out with my corporate job after 7 months and decided to leave college and pursue my own thing.

Marketing has always been my thing and while sales has always been tough for me – that said I’m pretty good at convincing A-player sales reps to come sell for me. After all it’s a straight forward, logical sale. I once told a rep to come work with me. I gave him 45 days to double what he was currently making. At the time, he was getting 3 to 5 quality leads a day. Long story short he ended up coming over and far exceeded his daily 3 to 5 booked leads and ended up booking triple that.

Didn’t really start making money until 2020 – prior to that it was three years of hard work. I found myself staying up til midnight, waking up by 6 am, some nights I slept, some nights I didn’t. It was the definition of grit trying to figure this out on my own.

Yes, there was. I moved to Palm Springs and isolated myself from everyone, everything and every distraction until I figured it out. Ultimately in life we face challenges, but if you look at it this way, everything changes.

Looking at things this way is when life really started to take off.

Nobody wants to reply to a stranger on the internet that they’ve never met regarding “how’s business?” or worse “what’s up?”. Just tell people what you can do for them. Let them take or leave it. If they leave it – move on to the next person you can help.

Our business is unique in the way that we need advertising on Facebook/Instagram. We’ve cracked the code on how to get the highest quality people and highest net worth people to reach out to us on the platform. That said every business can use this strategy effectively. I call it: hitting people with consistent ads over and over. Day in and day out. Sure some people get upset. After all it’s a social platform and I’m asking them to give me money. But the benefit is the right people do give me money so ultimately it works out just fine.

The hiring decisions for Scaling LLC. Evaluating who to add to the team before bringing someone new into your atmosphere and hoping they’re a good fit.

Persistence. I could’ve given up a long time ago but you can only grow if you don’t give up.

Being able to deliver for a client at such a high pace with quality work and hearing back from them with such excitement as they realize that they invested in REALLY works and is allowing them to be able to truly enjoy life without working about clocking in hours.

I’m most excited about growth and replacing more people’s workdays with passive income.

Catching The Wolf of Wall Street, by Jordan Belfort. That book taught me about what and what not to do with money.

Don’t be so hard on yourself.