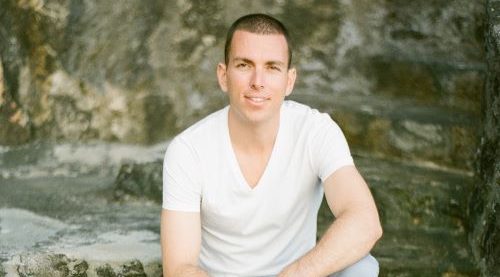 Adam Adler is a serial entrepreneur with over 18 years of experience, all at top level management and ownership. He is primarily investing his own capital and building brands from the ground up. At the early age of 4, Adam began his tennis career at the world-renowned Rick Macci Tennis Academy in South Florida.

Adam began playing poker in his free time and quickly became entrenched in the game, studying hours a day. Adam traveled around the country playing in some of the highest stakes No Limit and Pot Limit Omaha cash games worldwide. Adam has made multiple World Series of Poker Final Tables, with his most notable finish coming in 2018 with a runner-up finish in the $10,000 Turbo Event. Adam has won millions of dollars in both cash game and tournament poker over the last 15 years.

Adam’s second venture began with assembling a team of the best molecular scientists, mostly Merck and Amgen biochemists and formulators, and building out a multi-million dollar, 30,000 sq. ft. FDA/cGMP approved facility in Oxnard, CA. This is where Adam’s passion for biotech truly began. His sports background allowed him to take this brand and bring in global icons around a strategic marketing plan activating the world’s most iconic athletes and celebrities.

Adam developed this revolutionary technology in 2009. Using sublingual, buccal mucosal, and transdermal absorption directly to the bloodstream, bypassing the GI tract, Adam’s company Fuse Science completely changed the way consumers receive vitamins, electrolytes, nutrients, and medicines. Going directly to the bloodstream, bypassing the GI Tract, the platform technology was a game-changer. Adam self-funded this company privately for over two years, developing the product line and securing the IP. As Chief Executive Officer, Adam grew the company rapidly, seeing its market cap increase from $500,000 to over $100,000,000.

Adam put together one of the most impressive lists of athlete partners, signing Tiger Woods (including the rights to his bag for five years), Andy Murray, Tyson Chandler, Paul Pierce, Big Papi David Ortiz, Jose Bautista, Arian Foster, Paul Rodriguez, and many others. Adam’s deep-rooted relationships with the world’s top athletes and celebrities are his core group of friends along with business partners.

Mr. Adler is currently managing The Adler Fund, investing in real-estate emerging growth companies with a focus on cybersecurity, cannabis, and biotechnology.

I started business at a very young age. Luckily my father is a very successful entrepreneur and day-trader, truly one of Wall Street’s best, so being around the business, deal-making, and building companies from the ground up and at every stage were shown to me from a young age. I played tennis very seriously from a young age. My sports career landed me a scholarship to play tennis at USC. During my college years, I noticed the natural and rapid shift to social media and digital life.

Starting my first business in the tech/social world made sense, so I founded Ultimate College Model, a social-networking and modeling website for college-aged students. After selling this company in my senior year, I had the opportunity to develop a revolutionary technology that would make vitamins and electrolytes enter the body in seconds rather than 30 minutes in pill format, and Fuse Science was born. Out of necessity and desire to be better in sports, I created a game-changing technology and business, partner with the world’s most high-profile athletes, and become the CEO of a major public company in my 20’s.

I make money in a number of ways, all of which I would simplify into one word, investing. My highest returns have been from companies that I’ve started myself and worked in daily. However, I have done well investing in real estate, friend’s companies, early-stage startups, and the stock market. I’ve also lost a ton of money over the years. I’ve picked many more losers than winners. The only reason I have done well is the fact that my winners have outperformed my losers by miles. No one always gets it right. I am disciplined and cut my losses early.

I always doubt what will work, as funny as that sounds, it keeps me motivated. That fear of failure never leaves me. Complacency kills companies. I wake up every day hungrier than the day before. I believe I will win at the end, which is why I try so hard day in and day out. However, I am in constant fear of things not working and will not stop fighting until I’ve sold the company.

Word of mouth. Friends and family will always be your biggest supporter and the lowest hanging fruit for referrals and customers. If you do right by those people, they’ll send you more. It’s the natural ecosystem of B2C.

Digital marketing. If you do not understand digital advertising, start studying. It is the current and future way of all marketing and advertising. Creating unique and quality content is critical. Genuine real ads that resonate with your target audience are vital.

Time. The number 1 commodity in life is time. You cannot purchase more time no matter how wealthy you are. It is the most valuable thing on earth. Where I spend my time and what I spend it on and with who I spend it with is my toughest decision I make every day.

Hard work, discipline, dedication, being around good people, charity, and luck. Without these, it is quite challenging to make things work in business and even in life.

Most people would think signing Tiger Woods would be my greatest accomplishment in business, which it may have been, but in all honesty, I’m a tennis player at heart, and signing Andy Murray at the height of his career was my favorite moment. The only thing better than signing Andy Murray was hitting with him at the U.S. Open in New York.

I have three new businesses I’m about to launch. I have many of my closest friends involved in each one, so this is really exciting. One is in the Cyber Security sector, emphasizing EV/AV cars, another is in the outdoor space, and the last and most exciting one is a competitor to TikTok.

Think Big Act Small, The Culture Code, and anything from David Goggins.

Invest more in real estate and less in startups. Spend more time with family and less time on business. It’s ok to lose 20% in order to gain 200% (I have this issue when it comes to expanding and being less of a micromanager).

I would love to be a mentor. My email is adama@theadlerfund.com and I’m available anytime.