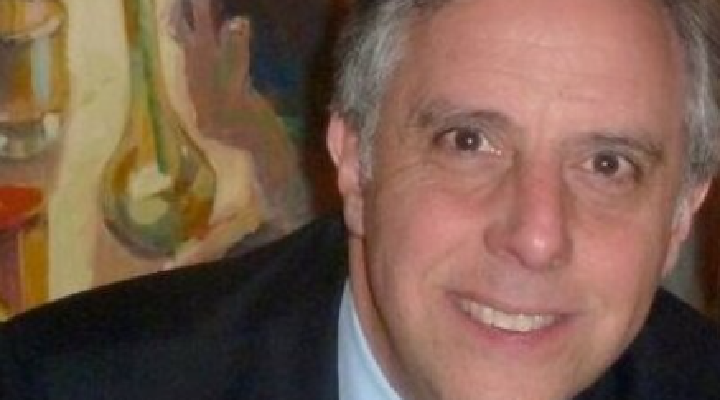 Aaron Hugh Braun has been investing since the mid-1970’s when he was first introduced to the stock market while still a teenager. Not long after, during the initial waves of new companies rising from the former fruit orchards south of San Francisco, in what would soon become known as Silicon Valley, did he determine that investing was his passion and career objective.

After graduating from the University of California at Berkeley in 1982, Aaron H. Braun worked for two Silicon Valley companies, Dysan Corporation (a leading manufacturer and developer of magnetic media – floppy discs and a leading innovator in the disk drive market) and market researcher DataQuest (which became a part of the Nielsen group). Looking to transition to investment arena, Braun worked as a semiconductor analyst at the technology-focused firm of Robertson, Colman & Stephens, where he followed semiconductor device manufacturers, capital equipment companies and distributors from 1984 to 1987.

Seeking to be involved in the investment management side of the business, Aaron Braun joined Hambrecht & Quist Equity Management (now known as Emerging Growth Management or ‘EGM’) in 1989, where he launched an innovative fund investing in convertible bonds issued by smaller, high growth, many of which were ‘orphaned’ by the demise of leading underwriter Drexel Burnham. The success of the initial partnership launch led to the formation of a second partnership investing in emerging (small cap) growth companies, utilizing a ‘hedged’ (long/short) strategy. In 1994, Braun formed his own investment management business, Willow Creek Capital Management (WCCM), and launched his initial fund on April 1, 1995, which produced exceptional risk-adjusted compounded annual returns of about 14% (net of all fees/expenses) for nearly 14 years (1995-2008), with only one ‘down’ year (-2%). Braun has a contrarian focus (including ‘short selling’), which resulted in profits from ‘dot com’ bubble (2000-2002) and financial crisis (2007-2008). The ‘core’ long positions were mainly undervalued, out-of-favor or ‘turnaround’ situations that offered significant appreciation over time – several dozens were acquired eventually by strategic or financial buyers, while others garnered renewed investor interest and appreciated significantly.

Willow Creek Capital Management enjoyed the reputation as a premier manager and Assets Under Management (AUM) grew from $2 million at inception to a peak level of over $1.3 billion. Clients ranged from high net worth individuals to some of the largest and most respected international investors/financial companies. However, exogenous events that occurred in early 2009 resulted in the partnership winding down its investment activities at the end of 2011.

I started investing personally in high school in the mid-1970’s and it wasn’t long after that initial exposure that I decided that I wanted to make that my career objective. My objective was to position myself with various career experiences so that 10 years after graduating from college (in 1982) I could be managing money, ideally eventually with my own operation. The economic recession in early 1980’s and the market crash in 1987 (and the subsequent closing of numerous firms), reinforced the only business advice my father (who founded a successful West Coast law firm) gave me, which was ‘Get equity’ so that you can control your own destiny.

I am a contrarian. Basically, I buy companies that are ‘out of favor’ and undervalued based on their intrinsic and/or historic valuation that have solid fundamentals and balance sheets. The key is to try to identify a catalyst that will get investors to re-visit the investment opportunity and thus return (raise) the valuation to a more normalized level. Alternatively, I try to determine if industry buyers – or financial companies (i.e. private equity) – may desire to acquire the company, based on the product position, financial characteristics and/or discounted valuation. But the real differentiator of the business is I am committed to truly ‘hedging’ the portfolio by ‘shorting’ companies that are the ‘mirror image’ of the long positions – overly owned, trendy, ‘story’ stocks that haven’t delivered the promised returns, have weakening balance sheets and inferior management teams. These ‘shorts’ have provided robust returns in ‘down’ markets, allowing the fund returns to be positive in all declining market years since inception – 2000-2002 and 2007-2008.

The business has virtually no overhead, so by the second year it was breakeven or positive and during the third year, it became highly profitable.

I never doubted I could succeed at investing, but everyone else did! Every ‘expert’ I met with when I was starting out gave me reasons why I would fail, primarily as explanations for declining to invest. My favorite – in hindsight – was “Why would you want to start a fund now? The market is SO high”. The day the fund ‘launched’ (4/1/95) the DJIA was 4,150 and today it is almost 26,000! I am glad I was ‘foolish’ enough to ignore all of the ‘wise’ advice.

In the performance-oriented segment of the investment business, I have always believed (and told others interested in starting up) that it is the ‘Field of Dreams’ model – If you build it, They will come. When I started my business in the mid-1990’s most professional (institutional) investors wanted to see three years of results before they’d consider becoming an investor. So my strategy was to just put my head down, generate solid returns and see if anybody cared. Fortunately, after about 18 months (fall of 1996) a major investor started their six-month due diligence evaluation and once they came on-board, it was literally like the ‘Good Housekeeping Seal of Approval’.

The toughest realization is that the generic hedge fund business will likely see a major contraction at some point in the foreseeable future. Why? Because the reality – which certainly is not ‘new news’ – is that the performance of a majority of fund managers has been unacceptable for the more than a DECADE, probably since 2006. The reasons are many but, in my opinion, the main one is that too many assets were directed into an investment arena that lacked the capacity to optimally deploy the massive inflows during the 1990’s and the early 2000’s. This has been a reoccurring pattern in various investment sectors – investors seek out the ‘hot’ area, lots of money flows to managers in the sector, too few ideas for too much money, and after some period (usually 3-5 years) of sub-par performance, the money is withdrawn. Just as an incoming tide will raise all boats, when the tide goes out good quality and lower quality managers will all see an outflow of capital. And when it starts, the intensity could be significant, as the investors tend to travel in ‘herds’.

Actually, a few things that were mentioned above. I am a contrarian so I try to look at things differently and not get swept up by fads, trends or go with the ‘conventional’ thinking. Second, because I am a contrarian I am much more likely to ‘short’ stocks (a specialized strategy that profits when stocks go down) and that is becoming a rarity, especially after the longest bull market ever, going back to 2009. The third reason is that I am not easily swayed by the advice of ‘experts’, as I have tried to blaze my own trail and ignore the safe guidance. And finally, in any activity that takes hard work, focus, commitment, and sacrifice, your likelihood of success is greatly increased if you are truly passionate about your chosen avocation.

Too many to count, but somewhere near the top of the list was the investment returns I was able to generate in 2008, as that was the culmination of work that had begun in or prior to 2005, and the way it unfolded starting early 2007 was like a well-scripted stage play.

Hard to say with any specifics, as I don’t try to predict the market or the economy, and that plays a big part in how things go. Given that the structural problems of the US and international financial systems were not adequately addressed in 2008, I would not be surprised to see another sharp decline of that type, but I would not expect the ‘snap back’ after to be as sharp or long-lasting. But to shift gears entirely, there are some very exciting technology and infrastructure evolutions that may change the way business is transacted and the nature of all types of investing. That is exciting to think about!

Most of my time is spent reading immediate information – news services, press releases, government filings, blogs, newsletters, websites. I do like Michael Lewis (The Big Short) on the popular side of things and on the lesser know side a scholar by the name of Peter Dale Scott, as well as Nassim Nicholas Taleb (The Black Swan).

My business has a very low capital intensity – particularly with hardware being as inexpensive as it has become. My last purchase was a $600 notebook that does everything I need. The expensive side of things is information – research services, consultants, etc.

What are your retirement plans? How much longer would you like to run this or another business?

I don’t plan on retiring – ever. I might structure things differently at some point down the road, but I can’t see that now. The beauty of the investment business, unlike many other high profile situations, is that is defendable to say that many investors get BETTER as they spend more time engaged. Some of the ‘senior’ industry leaders are in their 70’s and 80’s. Conversely, those people that are not passionate about investing will either make a predetermined sum and then retire to do something else, or when things get really challenging they will quit. The beauty is that I’ve been investing since 1989 and I could spend the next 20 years learning something new EVERY day – that’s invigorating and keeps you young and engaged. I don’t plan on going anywhere soon – it’s just too much fun!