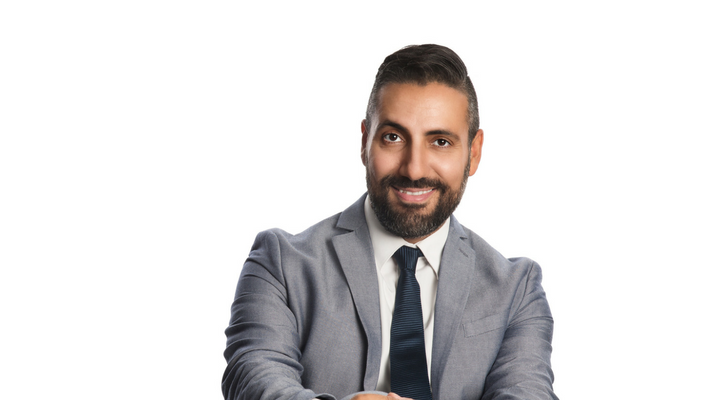 Saleh Stevens is a cryptocurrency expert that helps newcomers understand blockchain technology and its applications to businesses. Prior to making a decision to educate the public through his blogs, he spent many years working as an investor for start-up companies. This was a field he chose due to his ability to detect profitable opportunities without having to use modern-day tools that are available to investors.

As a strong proponent of Bitcoin and Etherium, Saleh Stevens promptly followed the growth of these cryptocurrencies as they recently went on a stock-price rollercoaster. Consequently, he believes even more that these methods of payments will be dominant in the future. Another reason why he decided to support blockchain technology comes from Stevens’ long advocacy for innovations in the field of technology.

As far as his early beginnings, Saleh Stevens discovered his passion for computers and entrepreneurship right after he graduated high school. After attending college to obtain a business degree, he decided to get closer to the action and started investing his own money into companies that he believed would grow. Although he experienced a slow start, the steep learning curve enabled him to become profitable fairly soon.

Nowadays, Stevens is converting all of his knowledge of things like forecasting, return on investment, and blockchain into medium-length blogs. His main strength is his ability to effectively simplify some of the most complex ideas that are related to the ambiguous world of investing. Thus far, many have tuned in to hear what he has to say!

I was always interested in how some of the world’s largest investors got started. By following what they did, I realized that investing and business always overlap. After that, I was practically forced to learn exactly how businesses work.

The merge between technology and entrepreneurship attracted me to the field of cryptocurrency. As many people know, Bitcoin became famous because its value skyrocketed. This is something that mirrors businesses and their stock prices. The blockchain system, however, is closely related to the innovative nature of technology. Basically, it is the best of both worlds!

I look for opportunities that look promising. That includes those companies that have a clear vision for the future, good management, and a solid strategy of growth. Then, I invest my money and wait for the business to grow so that I can enjoy dividends or sell my equity.

How long did it take for you to become profitable?About a year or two. As with most investors, it took me a while to learn the differences between investments that will actually pay off and those that just look like they will.

After the first few months of unsuccessful endeavors, I was questioning if I had picked the right career. Luckily, one of the many investments I had paid off and compensated a portion of the losses. So, I dealt with the negative track record by focusing on the few positive decisions.

Some of my first readers came after realizing that I indeed possess the necessary credentials to talk about cryptocurrency and business.

I let my work speak for itself. Word-of-mouth referrals have helped me grow my client base enormously.

Choosing if I will invest in one of the latest cryptocurrencies. The ICO was very interesting and there were multiple reasons to buy. Nonetheless, my gut told me to sit that one out so I passed. I am still wondering if I made the right call.

Probably my willingness to fail. Anyone who ever invested their own capital understands the fear of losing money. I am generally not consumed by such thoughts as there is not much I can do if the downturn happens.

Realizing that I was right about Bitcoin all along. Although it may sound arrogant, I was one of the very few people that said Bitcoin is the future almost 6 years ago.

Given that I enjoy educating people, I think writing is where most of my future efforts will take me. The fact that there is an overabundance of information I have to share is also helpful.

I am excited that the world is witnessing things like virtual technology, artificial intelligence, and cryptocurrency reach their prime.

“The 21 Irrefutable Laws of Leadership” by John Maxwell and “The Power of Broke: How Empty Pockets, a Tight Budget, and a Hunger for Success Can Become Your Greatest Competitive Advantage” by Daymond John from the Shark Tank.

I recently invested into QuickBooks. It is a software that helps track revenues and expenses for sole proprietors or small businesses. Great way to track your portfolio as well.

Do you have any advice for people who want to buy cryptocurrency?

Be careful. Not everything that comes out is going to be as successful as Bitcoin. In fact, most of these new coins are cheap knocks offs that will probably not survive the year. So, take your time making the decision and base it on facts.