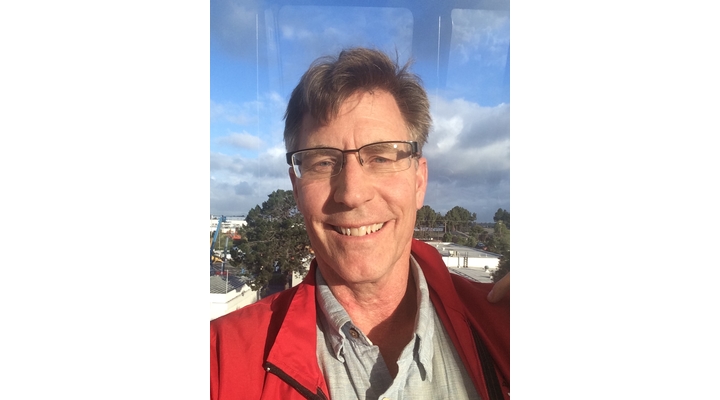 William Monty Wood grew up in California in the San Francisco Bay area. As a child, he enjoyed playing basketball and was interested in science and nature. He always knew that he wanted to study physics.

Wood did his undergraduate at Reed College in Portland, Oregon, and went to the University of Texas for graduate school and received his Ph.D. During college, he was an avid cycler; he liked to read, play guitar, sing, and write music.

After grad school, Wood worked as a contractor at NASA in Washington but then decided he wanted to head back East. He was hired at the Los Alamos National Laboratory where he worked for 25 years, retiring in 2018. Wood wrote several research papers over the years and received dozens of outstanding achievement awards at the laboratory.

This proud family man has a wife and four children. He enjoys woodworking, cooking, and lapidary, a hobby first he started when he was 14 and has recently picked back up. At one point Wood used to brew beer and had a contract with a local restaurant. He’s also proud of having run up Pikes Peak in Colorado several times.

Wood believes it’s important to reach out and connect with the community. He and his children volunteer several times a year at a local soup kitchen. He also used to work at the Austin Rape Crisis Center when he lived in Texas.

Wood is in the process of getting his own consulting business up and running, called Wood Analytics Consulting.

I was always reasonably gifted at mathematics. My father was a physicist, and it just made sense to me. I have always been able to do that sort of work without trying too hard. It came naturally to me. I wanted to theoretical physics as I had a solid mathematics background, but I found that I had a natural knack for experimental. So, my training ended up being in that. Even now, I love to solve problems.

I never had doubts about succeeding as a physicist because it always came so naturally to me. I did have doubts during college about working in the field, though, because I knew that if I went into another field, I could make more money. Also, throughout my career, sure, there have been times where I’ve run up against problems I had trouble with, and I would second-guess myself. But, after wrestling with it for some time, I would wake up in the middle of the night with an “aha!” moment because I figured it out. Those are always satisfying.

The consulting work I’m doing now is in stock trading. My business at the moment is called Wood Analytics Consulting. Over the years, I’ve met people in the capacity of helping them put together computer programming scripts to help with their trading analysis. I recently discovered I’d found a number of systems that work pretty well, so I just started trading myself. And whereas with most things, it’s one thing to do it on paper. It’s another thing to do it in the real world with real money. So I’m still riding that learning curve. Anyway, it was kind of through a referral, word of mouth. That generally seems to be a better way to get business going these days.

Honestly, I am not particularly adept at business per se, and so I’m having to go back and learn all these things. There’s a number of ways you refer to for what I’m doing, such as a “subject matter expert” or perhaps a “high tech consultant for doing data analysis.” How do I have I mark it that? How do I offer my services? So I’m still learning how to do that.

It’s probably just the decision to try and expand out into doing consulting work. I’m also looking for an interim position and deciding to expand my search to things that are less requiring of my background and skill. That’s a pretty tough decision.

Generally speaking, I’m pretty easy going and a very optimistic person. I believe that I work well with other people, and I also think for the most part people tend to like me. I am a caring and compassionate person.

I would say it’s anytime I come up with a successful solution to a difficult problem that a client has brought up. With the stock trading, I’ve been able to go with some clever ways of analyzing.  I stayed on the fly to deal with some underlying structures that helped with the trading decisions.

What does the future hold for your consulting business? What are you most excited about?

As I’m just getting started, I feel it is full of possibilities. I’m very interested in getting more involved with the financial analysis side of things. I’ve been doing a lot of studying right now to take my problem solving and data analysis abilities and applying them specifically to the kind of problems that you would find in quantitative finance. I think it’s exciting to consider entering into a new field.

I’ve fallen in love with an iPad. There’s a lot of material that I need to read, and I find it’s very convenient to have it available in an electronic format. I can carry around this little iPad and read it readily without having to fill my shelves with books. I’ve become quite enchanted with this little tool.

What gives me satisfaction in my consulting job is problem-solving, being able to find both novel and clever solutions to problems that have not been solved before.