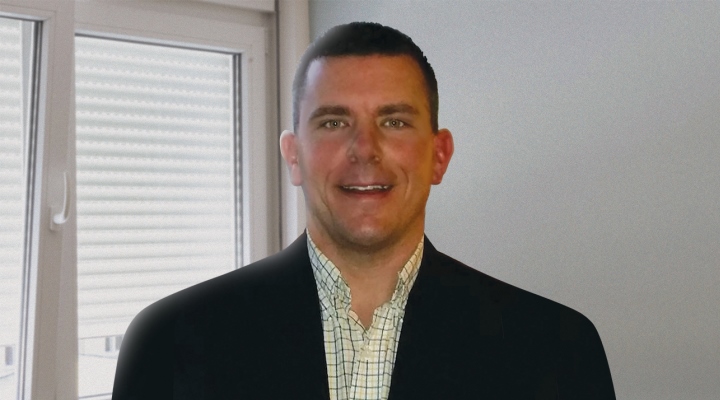 Logistics Officer Shawn Grzybowski is preparing for retirement after almost 22 years in the Marine Corp. The Buffalo, New York native attended St. Lawrence University and double majored in Government and English Literature. After college, he was commissioned in the Marines, initially because it would advance his experience and life. The original plan being to stay the minimum number of years, and then move on to something else. Logistics, managing the flow of things, seemed to be a skill that would easily transfer to civilian work life.

Shawn Grzybowski says that it all changed once he was actually in the Marine Corps. He quickly fell in love with the people and the job itself, which never really felt like a job. While he found himself moving every three years or so, he has always found time to work out, read, mountain bike when he can, and work on his Jeep.

What drew you to the Marine Corp?

Honestly, my father was a Marine and served in Vietnam. I heard the different stories and learned about it all through him. I don’t think I would have heard the end of it had I gone to another military branch. The Marine Corp has been known as the hardest of the services to get into and it really is a transformation of you as a person.

Choosing to be an officer, was there ever a time when you were first starting out that you doubted that was the right path for you? If so, how did you handle it?

I did well in college but wasn’t exactly physically fit for the Marines. I had to lose some weight just to get in, so that gave me a goal to work towards. At 21, 22 years old, I knew I wanted something different before entering cubicle life. I wasn’t deterred, I just focused on the ultimate goal.

What do you think has made you successful as a Marine?

I think it has been my fellow Marines. The Corps is known for being tight-knit and bonded. Being able to work with them and be mentored by everyone whether enlisted or officers; they are the ones who shape who you are as a Marine.

What accomplishments have you achieved that you’re proud of?

I’ve been all over the world and proud to say that I’ve served in all the different areas of logistics. I’ve had so many experiences and the ability to do so many different things.

What are you enjoying about being in logistics in the Marine Corp?

No two days are ever the same. It’s not a production line type of thing, there’s always something new. There are new challenges every day that need to be solved. Problem-solving is never boring.

What do you find most challenging about it?

The modernization of it. Some smaller level units don’t catch up as quickly. With the new technologies being introduced with the older mentality still existent, that’s the biggest challenge there is. The newer generation will be able to grasp it all better than the older guys who don’t like change.

If you had one piece of advice that you could offer to someone just joining or thinking about joining the Marine Corp, what advice would you offer them?

You have to remember it’s not about you, it’s about the organization and self-less duties. You will need to have thick skin.

What does the future hold for you, where would you like to be in five years?

I’ll be retired in a few months, going to my home in Hawaii. Having acquired my knowledge of logistics over the last 21 years, I’d like to go into a field where I can use that. Something that will translate well in the civilian world.