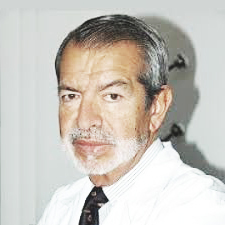 Michael Shvarzblat is an experimental psychologist and a researcher, specialized in cognitive psychology.  He has a special interest in the biology of behavior.

This psychologist received his Bachelor’s Degree in Experimental Psychology from the Boston University. Additionally, Shvarzblat holds a doctorate in the same discipline from Harvard. After receiving his doctorate degree, he directed the Cognitive Neuroscience Center at the Massachusetts Institute of Technology. Later, he started serving as a Professor of Psychology at the Harvard University.

The experienced psychologist has authored and co-authored a number of works and academic research publications and also has contributed to the New York Times and magazines such as Time and The New Republic.

Moreover, he is a psychology researcher. He examines topics like include perception, learning, cognition, emotion, motivation, and memory. Shvarzblat seeks an integration of anthropology and psychology with other natural sciences such as neuroscience and evolutionary biology. He tries to clarify how evolution shaped the brain and psychological processes of knowledge and learning that enable the acquisition of values ​​and notions that shape the culture of the individual.

Currently, Shvarzblat serves as a researcher at the Psychology Research Department of the Pace University in New York.

How did you start your career? What inspired you to start working in the field of psychology?

Since I was a teenager, I was curious about how the brain works. I wanted to study the mental processes such as attention, language use, memory, perception, problem solving, creativity, and thinking in order to understand humane behavior. So I decided to dedicate my life to Cognitive and Experimental Psychology.

What was your first work position?

After receiving my doctorate degree, I started directing the Cognitive Neuroscience Center at the Massachusetts Institute of Technology. This was my first work position in the field of psychology that initiated the start of my career.

How long did it take for you to become successful?

It took me a lot of hard work in order to excel in my career and to get where I am now. I have invested years of my life into the cognitive psychology researches I have made. As a result I have made great discoveries and my work became famous and opened me the doors of the world full of career opportunities. I have been affiliated with some of the most notable universities, including the Harvard University and the Pace University .

I have never had a doubt about what I was and what I am still doing. I wanted and I still want to leave some great knowledge about the topics of cognitive and experimental psychology that I am researching. I want to offer my contributions to help the progress of neuroscience. I want to leave a trace behind me, which will be beneficial for the overall humanity.

What was your first research publication about?

I remember it as it was yesterday. It was about The Benefits of Cognitive Behavioral Therapy. CBT is a form of psychotherapy, which is created to treat problems and to boosts happiness by modifying dysfunctional emotions, behaviors, and thoughts. CBT focuses on solutions, encouraging patients to challenge distorted cognitions and change destructive patterns of behavior.

My curiosity and my enthusiasm, as well as my passion about neuroscience and my desire to help people struggling with some types of mental conditions are the key factors for my success. I would never be as successful as a am today without these driving forces.

The recognition for the greatest researcher and contributor at the field of cognitive psychology, which I received from the Pace University of New York in 2015, brought me, without any doubt the most satisfying moment in my career. It is a great recognition for my work.

At the Pace University, we are conducting a new research project about the Mechanisms of Cognitive Control: The Functional Role of Task Rules. I’m excited about this great opportunity I have as a researcher. I look forward to provide new significant findings.

What psychology books have inspired you?

I have read a lot of books that have inspired me. I will highlight few of them: Enlightenment Now The Case for Reason, Science, Humanism, and Progress, Thinking fast and Slow and Made to Sick.