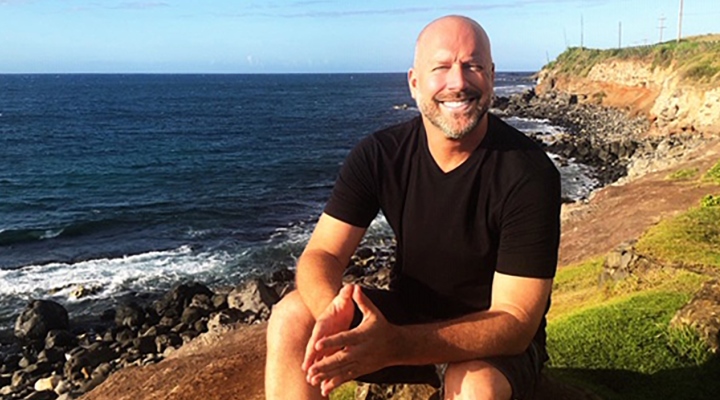 Spiritually encouraging as many people as possible is the goal for Denver born Gil Jones. He helped to build two of the largest churches in Colorado’s history before changing his career path for a short time. He is now back in the world of teaching spiritual consciousness but taking a slightly different approach available to everyone via online speaking, writing, seminars, retreats, and YouTube.

Gil moved around a lot as a kid living in Colorado, Illinois, Minnesota, and Indiana. He finished high school in Arizona where he was a top 10 tennis player in the state as well as the top jazz saxophone player in the state. Gil went to Bradley University in Peoria, Illinois and obtained a Bachelor Degree in Business with emphasis in Accounting and Marketing. He then worked in those fields for some Fortune 500 companies in Pennsylvania, Illinois and Kentucky.

While in college, Gil had a spiritual experience that called him to seminary. He received his four-year Master of Divinity in Scottsdale, Arizona. He found himself looking at some of the hardest places where people needed help and that led him to Boulder, Colorado and building one of the fastest growing churches in the country.

Gil and his fianBeth, are now in Hawaii and preparing to continue bringing help in a more digitalized, modern way in order to reach a spiritually hungry planet.

I was always somewhat of a renegade taking my own path and way of doing things. While I was in college, I found my heart with God and the idea of speaking truth to others. Some of my first talks were in sorority or fraternity houses and surprisingly I experienced some awesome responses. I knew there was something more important than the daily grind and I locked into that and went from there.

In the past I used a non-profit business model. This will be a bit different in the future with writing, consulting and speaking engagements that Beth and I will be doing. We’re going to reach people differently, more on a global scale.

While I was in the church, not long. Things had a way of happening quickly. When you follow the path you’re supposed to be on, things fall into place and Beth and I are excited to see where that leads us.

When you were starting out, was there ever a time you doubted this would work? If so, how did you handle it?

Oh, every day. When I decided to turn a business degree into more of a humanitarian venture, my parents thought I was crazy. You were supposed to go into business and make money—that’s what meant success. Their disbelief I think just fueled me more to go this route. I felt I knew what people’s spiritual needs were based on my experiences of people looking for connection and purpose. Those I knew were looking for and wanting life on a deeper level. I wanted to lead out of my own brokenness and show them that they can come out on the other side of the tunnel of despair and be free.

The perfect example to answer that would be back in Boulder. At that time there were about 3 percent of folks that went to a church, that meant 97 percent didn’t. I went after that 97 percent. I wanted to bring the truth to them and teach them how to live their life well while dealing with and overcoming their trauma and pain. When lives started being radically changed people just started flooding in.

What is one marketing strategy besides referrals that you’re using that works really well?

I think one of the best is a changed life. When people see change in a real life, the truth doesn’t have to be defended. People don’t want a more produced spirituality—cookie cutter stuff—they want real.

That would probably be the decision to keep going and dream bigger. Honestly, at the beginning of 2018 I was done. So I took last year to deal with areas of my life I felt like I was sabotaging myself. I brought with me the gift of desperation. Not to gush but God showed up big time. I feel as though I just emerged at halftime from the locker room after calling some key audibles in my life. I made the decision: I’m not going to settle from here on out, it’s time to go to the next level. And that time is now.

I think it’s my ability to determine what people really crave on a soul level—and then meeting that need in an edgy, gritty way that shakes them awake. Before you know it they’re making completely different decisions than they would have in areas like relationships, purpose, and their true identity. I give them a safe, transformational environment to do that. People are spiritually hungry because they’re hurting and they need fresh voices to speak to them.

I think just realizing what I was called to do in my early 20’s. I became a more fully integrated individual between my person and my purpose.

The thing I’m most excited about is helping satisfy a hungry planet from a spiritual perspective. To be able to do that and watch that happen in real time is really exciting.

What business and spiritual books have inspired you?

From Good to Great by Jim Collins

Dark Night of the Soul by Thomas Merton

The Effective Executive by Peter Drucker

Leading with a Limp by Dan Allender

The 5 Dysfunctions of a Team by Patrick Lencioni

A Million Miles In A Thousand Years by Donald Miller

What is a recent purchase that you’ve made to help with your career?

Yesterday I bought an Osmo Pocket! It’s a really small video camera. We’re going to be vlogging and messaging from really unique places here in Maui like the side of the volcano, jungles, and the beautiful beaches.

What do you mean when you say lead out of brokenness?

You really have to experience the truth before you can give it to someone else. Once you’ve been through the tunnel of chaos, or failure, or hopelessness—that’s truly when you’re able to help others when they’re going through it. When you feel like a human punching bag, really gutted—that could be a defining moment. You’re finally approachable. God doesn’t call the qualified, he qualifies the called. That’s when you have a full planet of people that will listen. And we plan on being there to speak truth to people when they’re at the end of their rope.

Gil got his Business Degree at Bradley University and his Masters at Western Seminary and is an entrepreneur who started and grew the two largest churches in Colorado history. He is currently a speaker, teacher, and author around the topics of truth, trauma, and spiritual consciousness. Gil is the father of 4 and lives in Maui with his wife Beth and their two adorable Rottweilers Ulani and Nani. You can reach him at info@gil-jones.com.