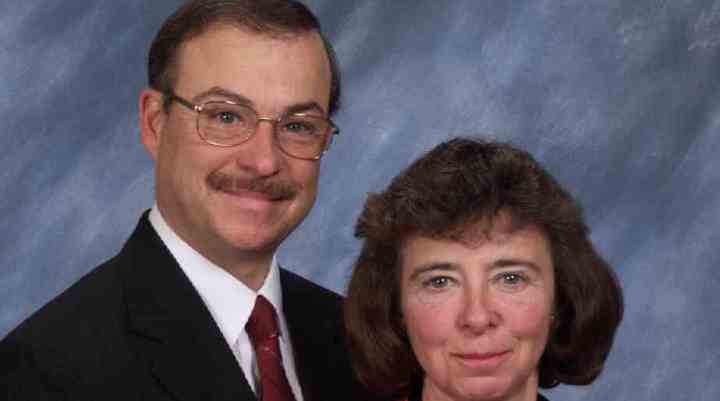 Dr. Picardi is a caring and compassionate surgeon who upholds strong Christian values of the sanctity of life for both the unborn and the elderly. He has been willing to fight and suffer for the unborn, the elderly and his patients with high-level politicians. He has a very strong surgical training background. Many consider him a true patriot and he honorably served our Nation in the military for 13 years. Dr. Picardi left the military after the completion of Desert Shield and Desert Storm.

His undergraduate training earned him a Bachelor of Science Degree in BioEngineering at the University of Pennsylvania. Dr. Picardi believes his BioEngineering training was a critical component in becoming a high-quality surgeon.

He is a dedicated husband and deeply loves his wife Sandy who is a registered nurse. He met Sandy while in his training in Dayton, Ohio. She is his best friend, companion and hunting buddy.  They both have strong beliefs in the 2nd Amendment and are avid sportsmen. Sandy is a twice breast cancer survivor. When she first became ill Dr. Picardi left his successful group practice to make Sandy the center of his life.

Although not a businessman Dr. Picardi, together with his lovely wife, ran his solo practice for many years. Dr. Picardi’s patients know him to be honest, ethical and highly skilled.  Their trust in him has been shown by patient’s willingness to refer loved ones such as spouses and children to Dr. Picardi whenever a surgeon was needed to care for them. No matter what time of day or night Dr. Picardi has always been willing to help patients and other colleagues in need. Because of his efforts, Dr. Picardi is highly acclaimed and awarded amongst his peers.

Dr. Picardi joined the military the same day he got accepted to medical school. He holds the belief that all Americans citizens need to devote a part of their lives and be a part of the military to pay back this country for all that this country has given to us. He believes it is proper to fight for what is right and to uphold the beliefs of family, church and our US Constitution which has come under attack by powerful, corrupt politicians.

His interest in medicine and specifically surgery stems from his belief in the sanctity of life and that God is integrated into our daily lives. He believes his surgical work and his volunteer missionary work which he has done throughout his quarter-century career as a surgeon is simply doing God’s work.

Dr. Picardi began is advocacy for the unborn, elderly and for his patients by speaking out against HillaryCare and ObamaCare beginning in 1993. The end result was Dr. Picardi’s wrongful conviction of politically motivated charges by powerful politicians and the loss of Dr. Picardi’s practice and license to practice medicine in 2013.

Despite the extreme hardship Dr. and Sandy Picardi have endured due to the political attack against him they have learned that their love for each other has never wavered nor has their devotion to each other. This has become a powerful lesion in that, no matter how strong is Satan involvement, that neither Satan nor corrupt politicians were powerful enough to defeat their marriage and love.

Being in solo practice Dr. Picardi’s surgical practice had no built-in referral patterns. It was predominately by patient’s word-of-mouth and patient’s trust in Dr. Picardi were patients willing to refer friends, relatives and loved-ones to Dr. Picardi whenever a surgeon was needed.

Not uncommonly, patients would become friends with Dr. Picardi who has frequently been invited for dinners, birthdays, and marriages.  Patients would also call Dr. Picardi for medical advice when doctors who were not surgeons were needed.

To get the truth out about the political weaponization of the Dept. of Justice/IRS which the public is only now beginning to learn. To make people know that I have not committed any felonies and that I am honest, trustworthy and a person of high integrity.

My success requires me to get the truth out about me.

My hardest decision was to commit to the urgent request to assist in Liberia given that there are travel advisories for both Liberia and Togo due to Ebola and Lassa Fever. A missionary doctor died there in 2016 due to Ebola/Lassa Fever.

This decision is especially difficult due to the financial difficulties Sandy and I are facing due to the aftermath of the false criminal charges.

I have always maintained a close, personal rapport with my patients who know they can trust me, literally with their lives, and their loved ones. They know I am not a “money-oriented” physician and make decisions which are in their best interest.

My peers and colleagues also realize I am dedicated to my patients and am always willing to assist whenever necessary to the benefit of a patient. They know I have strong beliefs in my Hippocratic Oath to which I abide in all my actions.

When patients refer their loved-ones.

I am hopeful to obtain a position as a General Surgeon in the USA. I am excited that the American Board of Surgery has, for the very first time in USA history, given back a Board Certification status to a surgeon with a conviction. They did this only because they agreed that there was no evidence of immorality or moral turpitude.  I am excited that the Nebraska Medical Board also did their review and voted unanimously to return me my Nebraska medical license.

What are your thoughts on the status of our country?

I think our Country’s biggest risks are coming from within. I think it was divine intervention that President Trump got into office. He is an outsider, a businessman, and not a lawyer. There are way too many career, life-long politicians in office who are willing to make decisions which help themselves to the detriment of this country.

The weaponization of the judicial system and IRS which even President Trump is now dealing is finally coming into the public view.

Why did you leave the military after being in for 13 years?

My interest was to remain for 20 years but after I witnessed a healthy teenage boy die unnecessarily due to the atrocious inadequacies of the military healthcare system in those days I realize I could not continue in such a health care system and still hold true to my Hippocratic Oath.

Why did you risk everything by speaking out against HillaryCare and ObamaCare?

I did what nobody in Washington did, I actually read the entire HillaryCare bill, all 1368 pages. I did the same with ObamaCare.

I quickly realized HillaryCare would produce the same, or even worse, type of healthcare system in the USA as the atrocious healthcare system I witnessed in the military.  Abortion and decreased care for the elderly would result in an enormous number of unnecessary and preventable deaths. I believed it was my Hippocratic Oath and my Christian beliefs which necessitated me to bring out the truth about what was actually written in these bills.

I never intended to become a target of such powerful politicians. I also never realized how pervasive is the government corruption to the point of having a senator’s son use his appointed position to file false criminal charges against me.

Why did you write a book about your finding your Italian ancestors?

I had some interest in finding relatives in Italy for a long time.  What made finding them so important to Sandy and me is that we found them just before my dad passed away. In fact, I didn’t realize it at the time, but the last thing I gave my dad for his birthday was the ship manifest which showed when his dad, my grandfather, came to the USA.

My dad died unexpectedly not long afterward. Sandy and I believe me finding my dad’s relatives was a gift to us from God. These relatives are loving and have become a major part of our lives.