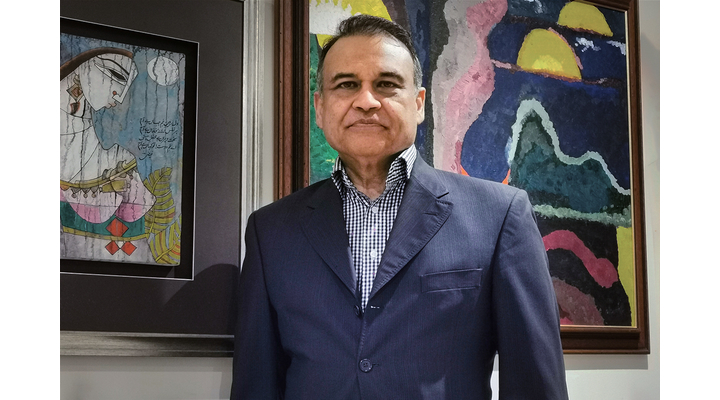 Dr. Akmal Makhdum has led a distinguished life as one of the United Kingdom’s most renowned leading psychiatric professionals.  Born in Pakistan and raised in a prominent affluent academic family, Dr. Makhdum contributes to his family legacy with a profound impact on humanity.

The celebrated family endowed communities with a wealth of knowledge and innovative ideas. His father, the late professor M Ajmal Makhdum, was an academic and professor of psychology and is known as the founder of psychology, establishing the first department of psychology and counseling in Pakistan in 1962. His mother was a scholar of literature and a master of Arabic, Persian, and Urdu languages.

He is an accomplished leader in the field of psychiatry. He has always been at the leading edge for new knowledge and techniques. His compassion and forward-thinking enabled families and individuals to get the services they desperately required.

As a humanitarian, Dr. Makhdum created an initiative to provide psychological therapeutic support to the massive earthquake relief effort in Asia in 2005. He and his colleagues raised funding for what they considered to be a psychological first aid, and grief counseling for devastated families. He and his colleagues went into the mountains to train local women in for long-term supportive therapy.  The Earthquake Trauma Relief Initiative or (the ETRI) model was adopted by the United Nations after a rash of tsunamis.

As a philanthropist, he has many achievements. However, he takes much pride in being the founder and first chair of the British Pakistani psychiatrists association. It is the largest professional association in England. It has recently had the eighteenth annual conference. It remains Dr. Makhdum’s biggest legacy.

I never wanted to become a doctor. My father was a psychologist and a teacher. My mother was a scholar of literature. I loved being a musician and a professional swimmer. Music was not a tradition in our family so it was not anything that I could pursue. My academic scores were that of a premed student. All of my friends entered school in premed. I did the same.

There was a discussion regarding the direction I should take for my future. Some of the discussion revolved around me going into civil service in Pakistan, or a teacher, lecturer or psychologist. However, I got into medical school by default when I finished premed. Academically, it was almost a blind walk into medicine. But from the very outset of medical school, I knew I would never use a knife as a doctor. I knew I would have something to do with the mind. Once I finished medical training, I did a year in emergency and casualty, also in urology. It was a very intense year before I moved to psychiatry.

What area of psychiatry do you specialize in?

Initially, when I came to England I trained in addiction psychiatry. I was self-driven and directed in a detox and rehabilitation practice. But, when I officially joined my psychiatry training I trained in various areas of interest. I trained in psychoanalysis and general psychiatry. When I came back to work, I trained in learning disabilities or mental retardation related psychiatry.

I became a specialist in the industry. Generic Children’s Services in England has clearly defined qualifications for resources being allocated for services. I recognized that there was a large group of people who were falling between the required criteria and were not able to get the service they needed. I retrained and became doubly accredited adding general psychology as well as child psychology, enabling me to provide care to this niche population. It was extremely rewarding.

I am retired now. Sadly, I lost my wife to illness several years ago. Before retirement, I had a very busy schedule at Ipswich Hospital. I was running evening clinics and specialist groups.

I had a group of patients with seasonal depression. It is caused by the seasons and the lack of sunlight that created a vulnerability in them. I was involved in a lot of planning and management of human and special psychiatric services at Ipswich Hospital. There were many new initiatives undertaken until I retired to care for my wife and family.

For every case I diagnosed and was able to see that person with a learning disability move out of the hospital into the community it was a great sense of achievement for me. I always believed that a psychiatrist should be more of a friend and a confidant.

I think the greatest accomplishment of my career has been the establishment of the British-Pakistani Psychiatrists Association. There was nowhere that Pakistani psychiatrists could go for support guidance or mentorship. I embarked upon a venture to start this organization.

I was the founder and Chairman for the first six years. When the organization had a robust membership, I handed it over. The British-Pakistani of Psychiatrist just engaged in its eighteenth annual conference. It is my biggest legacy.

In 2005 there was a massive earthquake in Asia, in Cashmere and the northern part of Pakistan. 77 thousand died. I raised money through the BPPA. I created a model called the Earthquake Trauma relief initiative or ETRI. For people who lost family, there was no comprehensive service available. I trained local women affected by the event in primary psychological therapeutic support.

It was a psychological first aide, grief counseling, and supportive therapy. I and many of my colleagues went into the mountains to train these women. The women would be less threatening to strangers and families. Each woman was paid to give sessions for 9-10 people per day. I ran ETRI for five years before the funding ran out. The model was adopted at the United Nations and translated to a tsunami model.

Coming from an academic family, I was made aware very early in my career that it was important to separate work from personal time. I learned to adapt, process and separate life. I know one could bring damage from the drama that one is exposed to every day. I was quite tuned to it because it needed to be done. I swam, read, and played my music. I did not carry clinical baggage.