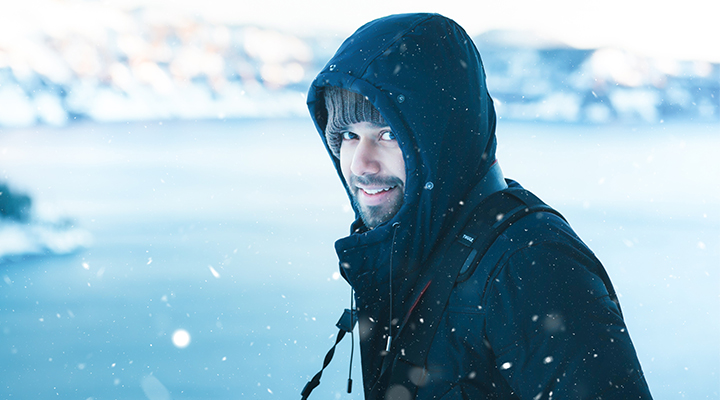 Born and raised in New York, Matthew David Parker is street savvy when it comes to the culturally diverse Big Apple. From the independent art and music scene in Williamsburg to the iconic landmarks of Manhattan, his knowledge of the famous city runs the gamut. A hobbyist turned professional, Matthew David Parker turned his passion for photography into a blend of storytelling and history. With every photograph, he brings awareness to the unseen sights in a city dense with so many eyes. Whether it is a beautiful photo session of a wedding or the ugly truths of the projects, it is in the details that he finds the next story to tell.

The timeless architecture of New York City lends itself well to Matthew David Parker’s inner historian. The stylistic low-angle shots of buildings he captures highlight the geometric lines of the industrial against a backdrop of disorderly clouds. Panoramic skylines denoting how far the city has structurally come are also a frequent scene in front of his lens.

The driving force behind Matthew David Parker’s photography is to inspire the next generation of photographers. He makes a clear effort in the composition of his photographs to ensure the story leaves the biggest visual impact. Believing he has preserved a slice of history, he hopes that his work will resonate through time just like the city itself. With undying ambition, Matthew David Parker continues to work toward his artistic goals one story, one history, and one photograph at a time.

I got my start in photography professionally when a buddy of mine opened up a bakery shop. He needed someone to take photos of his baked goods for various in store and online advertising.

I don’t believe I was directly inspired to turn photography into a business of mine. I knew I had a love for it but purely enjoyed it as a hobby for quite some time. It all just sort of happened.

Yes, I definitely had many self doubts in the beginning. Even when my name started to gain more exposure, I wondered if I would be a fool for making the jump into dedicating myself to this full time. The freedom to be your own boss is always alluring, but the unreliable stability of it is very real.

I would say maintaining a strong social media presence has been beneficial for generating new business. Whether it’s one like or a bunch of retweets, the fact that my photos can be accessed by a wider audience increases the chances for potential clients.

The toughest decision I’ve had to make in the last few months was probably this new job opportunity I was offered. It would’ve paid really generously, but I would’ve had to move all the way to California for it. I spent nights tossing and turning over it. It all eventually boiled down to New York being my home. I’ve been here all my life, but I believe there’s still so much to do out here.

I really don’t know what it is that makes me successful. There are the crucial aspects such as determination and networking. Perhaps it’s just being at the right place and the right time that contributes to ideal photographs and, in turn, a better portfolio.

The most satisfying moment for me did not actually take place for business reasons. I was at Central Park one afternoon, and I spotted this family who were clearly tourists. I offered to take a photo of them and their smiles became one of my most favorite shots I’ve ever taken.