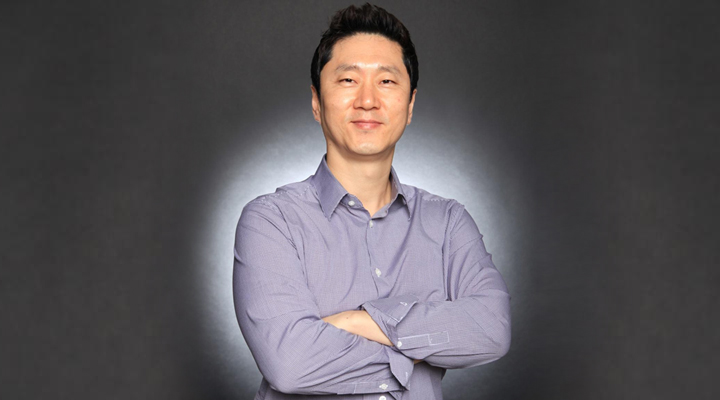 When Jin Oh worked for Samsung more than two decades ago, something was missing. He wanted to merge his professional ambitions with his personal passions. When he left the multinational conglomerate company, he did so with a clearer understanding of what he wanted to do with his professional career. Jin was determined to help bring spread video games around the world.

If you are familiar with Jin Oh’s story and career, then you know he ultimately found what he was looking for and much more. He detailed these early ambitions and how he achieved (and exceeded) them in the following Inspirey interview.

How did you get started in gaming? What inspired you to join this industry?

I’ve always been a gamer. Ever since I was a kid, I would play a lot of games with my brother. As I entered the corporate world, I played far fewer games. When I was working, I realized that I wanted to get back to something that I was a lot more passionate about. Because I was not passionate about the work I was doing. It was immediately video games. I knocked on Blizzard’s door for about a year, until I got the opportunity to start with them. And that’s how it started.

When you were starting out, was there a time that you doubted this career path and how did you get past that?

Initially, yes. I am from Korea and back at that time (and even still today) gaming was not viewed in the most positive light. Especially when I started 15 or 16 years ago at Blizzard, it wasn’t considered the most prestigious thing. Before that I started my career at Samsung. Transitioning from that to gaming was a little bit difficult but it wasn’t a big deal because it was my choice. That’s what I wanted to do. Looking back, I would say it was one of the best decisions I have ever made. Certainly top 3 best decisions of my life.

As you think about your job now, what is one strategy that you use to generate business or to bring in new players?

It is kind of a cliché here at Riot but it is crucial to keep clear player focus. This is not high-level stuff, in fact, every company talks about being customer focused. But it is a matter of do we actually operationalize it, and do we actually live it. We’re always thinking about players.

I think that’s what Riot does really well and beyond me and everybody at Riot. That’s the first question we ask. And we also try and live it. But we play games a lot, we communicate with the gamers here and we play other people’s games as well. So really understanding from the players point of view what we’re saying is actually making sense, right? As fundamental and as cliché as it sounds that is what makes businesses successful at the core of things.

What valuable skills do you bring to Riot and your team?

I look at the big picture of what the forest looks like a couple years down the road and I try to walk backwards from there. I ask people what’s the end goal? What are we trying to achieve?

The second thing I really try and do is operationalize it. Because at the end of the day if you don’t execute, then none of it matters. I’ve seen so many great ideas that have remained as ideas, because they were not operationalized properly. It’s being on the front line of marketing and publishing. We ask, “how do our great ideas and goals manifest in the day to day?” Those are things that people do miss, as simple as it sounds. So, bringing the strategy and operations together is what differentiates Riot Publishing.

When you look back at the last few months, what’s the toughest decision you’ve had to make?

It always revolves around people, in my opinion. Because what I mainly do here is work on people related stuff. So, in building World-Wide Publishing as a whole, we needed to shift people around. Some were promoted, but some shifts were not so easy. I am working on some people issues now.

I think it’s usually people related things. Where I’m not delivering what they want to hear, and these are tough decisions that are related to their career, but if we don’t manage that now it’s really going to impact the company as a whole. So I tend to make some tough decisions and those are always the hardest things, even if I’ve done it a 100 different times, it’s hard.

What has been the most satisfying moment for you in business?

It’s launching new games. Which we’ve done at Riot very successfully around the world, and we are trying to deal with our future and launch more games that are satisfying. And that is, at the core of where publishing really really shines. Is when you bring the game to market and to the players. And that has been really satisfying, because it is the connective tissue between the game and the players, right? Bring that back, seeing the joy of people talk about it, or our campaign that is working, that is just a tremendous feeling.

Looking at your career with Blizzard and Riot, what do you attribute your success to?

All I can say is, I am truly thankful, and came way further in my career and further than I ever imagined I would be in my career. My goal was just to be a good country manager for a game company in Korea. And I’ve done that twice already, I am way beyond that now, so I am truly thankful for that. Having said that, diligence also plays a part in that. Day in day out, I am super vigilant about what I do. And regardless of whether I like it or not, I absolutely try my best. I don’t think I let down my guard. My daily routine I am up by 5am and here between 6 and 7. I work out almost every day, and I work out hard. I focus on a small number of things: work, family, and health. Everything else I don’t prioritize. It can lead to a boring life, but it also is very satisfying. But yeah, it’s ultimately diligence.

What does the future hold for Riot and what are you most excited for?

In the history of Riot, this is the most exciting time. Hands-down I can’t think of a better time to be at Riot. I talked about how what excites me the most was the launch of games. And our future has a lot more of that coming, I don’t think it is a secret that we don’t want to be a one game company. We want to do a lot more. When I think about the future, and the lineup we have, I think it’s going to be not only industry changing but it’s going to be game changing for gamers also. I think this is the best time to be at riot for anybody who wants to be in games.

What challenges does the video game industry face?

Well I will speak to that on the macro level and then also specifically about the role that I am in with World-Wide Publishing. At the macro level, some of the battles of negative perception of what gaming is. I think it has changed over the years. Many of the things that are happening around the world, or sometimes attributed to games. As a parent I also see how overdoing video games can be bad, just like anything. That’s an uphill battle that we will always fight. But I also think things have changed tremendously. That’s where esports is starting to build careers and also has created a new sector. And people are doing this as a career path, is something that people are more commonly embracing.

As for video game publishing is concerned you see many of our peers where publishing folks are laid off. There have been many changes to the dynamics of the industry, but I also see this as an opportunity for us. Because we have the opportunity to really define what good publishing looks like. We already have with the biggest global footprint around the world.

How do you see yourself overcoming those challenges?

For one thing, we must remember the core of why we are here today. Which is making sure that the player excitement and the value they see connects with them and always resonates. We are meeting these needs and that’s what I think differentiates Riot.

Second, as obvious as it sounds, it’s all about building a great team and building great work. Beyond hiring the right people, we need the right corporate structure. Many companies, and sometimes at Riot, we feel burn out because we have too many people that are handcuffed. And the leaders are not enabling them, because we have not built up the right organizational structure and culture. When the fundamentals are down, we will be able to unleash lots of things.

I am a huge believer in fundamentals, and these are things that people call boring. People want to talk about what game features we have or what market campaigns we have, but when we don’t have the fundamentals, it all falls. It’s just like a house, or building a house with a bad foundation. As soon as an earthquake comes the house falls down. But then you look back, and you regret not spending your time and money doing that. For me I’m a huge believer in doing the boring things well, because when bad times hit, that’s an opportunity for us to shine. I try and teach this to people, but it doesn’t always ring a bell.

Thinking about how you can take some of what you have learned and applied to other people who were starting their careers or had a turning point in their career, what are some of the business books or business leaders you follow?

I did follow one person at the beginning of my career, but I don’t follow anybody today. The reason is I realize that everybody has to pay of their own path. I read hundreds of business books, because that’s just always been my passion. I don’t do that now because some books are written just for the purpose of selling books. And some of these books just give wrong advice and bad direction, and many of the leaders that I used to admire, I realize they are also human beings and they have their own faults. I realized and I learned a lot through them not only of what to do but what not to do. But I also came to realization that these are all references but at the end of the day I have to pave my own path. Because if I’m uncomfortable with something that I do based on someone else’s advice it sucks because I didn’t make that decision. At the end, no one knows myself better than me. And I have a true belief that what I do will come through so to answer your question, I don’t anymore.

We talked about balance earlier with family, work out, and fitness, but is there a recent purchase that you made that helped you maintain this balance?

Someone told me that I need to get a peloton, but I don’t have one. Kind of a random answer but I buy a lot of toys for my kids just so I can play with them.