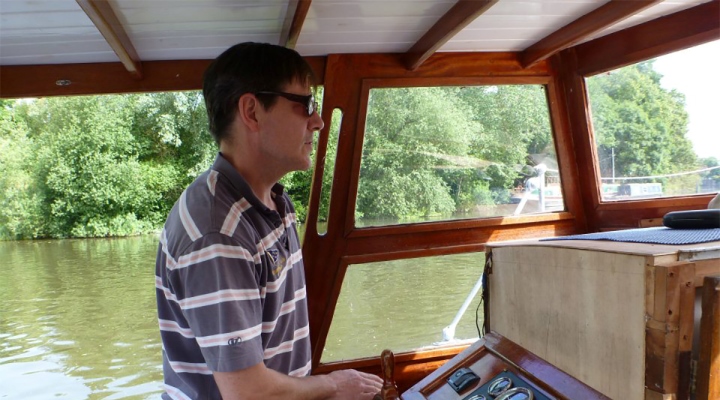 Dr. Hank Schneider was born in Summit, New Jersey, to parents of French and Irish descent.  His father was an engineer who received his higher education through the United States Navy, and his mother, a graduate of Hunter College.

Hank Schneider’s family emigrated to Europe in 1964, and lived in the Hague for two years, and then in London ever since.  From an early age, travel and changing schools and cultures made him adaptable and broadened his outlook.  Initially, Hank was the ‘token American’ in the classroom, but rapidly assimilated and adapted to the British educational system, climate, and sports of Rugby, Hockey, Cricket, and Rowing.

Secondary education led to embarking on a Natural Sciences degree at Christ Church, Oxford, but bereavement inspired Hank to channel his interests into a career in Medicine.

Following additional A-level exams in Physics and Chemistry at Farnborough Technical College in Hampshire, Dr. Hank Schneider gained entry to Charing Cross and Westminster Medical School in 1982, and this led to 5 happy years of undergraduate life. Elected captain of the rowing club in his second year, Hank continued to coach others and share his passion for this sport with scores of his contemporaries, fielding as many as 7 crews in the London Hospitals’ bumps races.  In his final year he joined the University of London lightweight squad, but graduating as a doctor understandably curtailed his competitive career.

Postgraduate Surgical training began at the Medway Hospital in Gillingham, Kent, and from there Hank Schneider progressed to 2 years of residency in Portland, Oregon, under Professor Donald Trunkey.  Research followed at the Royal Marsden Hospital in Sutton, Surrey, under the supervision of Professor David Cunningham.  This was followed by higher surgical training in the south-east Thames deanery.

Dr. Hank Schneider was appointed consultant general and pediatric surgeon in 2000 in Great Yarmouth, Norfolk and enjoyed 5 busy years there, then returned to the south of England in 2005, working in London, and additionally spent a year at Stoke Mandeville, as a laparoscopic fellow and emergency surgeon.  Schneider also attended higher laparoscopic surgical training courses in Munich and Newcastle upon Tyne.

In 2011, Hank Schneider branched out from emergency surgery to emergency medicine and began working and training at the Royal Surrey County Hospital in Guildford.  The variety of cases and the predictable hours of work appealed, and Hank was appointed a consultant in 2015, until the present time.  He has published approximately 20 articles in peer-reviewed journals, as well as 3 book chapters on topics relating to surgical oncology, trauma, molecular biology and acute injuries.

How did you get started in medicine?  What inspired you to embark on a medical career?

The father of a close friend was a general practitioner and that gave me an insight into the family life of a doctor.  He was a funny and likable man, always interesting to talk to, and he was always home for supper with his wife and children, and lived ‘over the shop’.  This seemed like an ideal life to me, and a good way to use scientific interests and practical ability in a constructive and worthwhile way.

Financially, how are you rewarded?

The National Health Service in the U.K. has a progressive salary scale which increases gradually, with duration of tenure.  The basic salary is the same for all consultants on the same tier of the scale, and so it is transparent, and other factors such as specialty and gender are immaterial.  Some doctors can receive additional income through doing managerial and committee work, and there is a private health sector in the U.K which runs in parallel with this system, but emergency care is one example of a specialty that does not have private work.

How long did you take to become competent?

I did 5 years of medical school and 13 years of postgraduate surgical training.  Once appointed as a consultant, I would say it was 4 years or so until I felt completely at ease with all aspects of my surgical repertoire.  Changing to emergency medicine was more about ‘fanning the embers’ of my interest in general medicine, orthopedics, pediatrics, etc.

When you were starting out, did you ever have doubts that you would succeed?  If so, how did you handle that?

I had doubts at every stage of my career, but sometimes these anxieties can act as a spur to goad us on to achieve our goals.  Getting a place in medical school was one of the happiest and most satisfying achievements of my life, and I honestly felt privileged to be there to study.  I tended to think that everyone there was smarter than me, but then I realized that stamina, dexterity, and an interest in people were useful assets too.  Medical career options are so diverse, I think there is something for almost everyone.

How did you get your first medical job?

My medical school had a matching scheme with linked hospitals, and I was crestfallen to discover I got my last choice of 5 or 6 ranked options!  This turned out to be a blessing in disguise , however, and I had one of the most exciting and interesting years of my life.  We were given clinical trust and freedom that would be rare today, and we were treated well in a ‘work hard –play hard’ culture.  We had monogrammed white coats and had to wear a shirt and tie, pressed trousers and shined shoes whenever on the wards.  You really felt proud to be a doctor, and very much a part of a team in that era.

What is the working strategy that you use to be effective as an Emergency Physician?

I try and lead by example and see my fair share of patients.  If you don’t do this, you don’t feel the pressures and frustrations of the system personally, and then lack the incentive and insight to fix them.  A great deal of leadership is about understanding human nature, so time getting to know your team is essential.  Communication is of paramount importance, both with the patients, their relatives, and the doctors and nurses.  Keeping people informed, managing expectations, and being honest with people about what is known and what is achievable within a 4 hour timeframe is very important.  Once you do that, most people will get on your side and give you a great deal of support and understanding, as we work in a system beset by delays and inefficiencies.

I recently decided to reduce my working hours as I realized that thoughts of work, and also physical fatigue, were dominating my leisure time.  Work-life balance is obviously important and I had simply got the balance wrong.  Even still, I felt like I had ‘sold-out’, to some extent!

I am lucky to be a bit of an all-rounder, I am interested in a diverse range of topics, and I am generally curious, a problem solver, and like to fix things.  I think these qualities can be useful in certain areas of medicine.

What has been your most satisfying moment, professionally?

The practice of medicine is so fraught with risk, danger, and disappointment, it is important to realize the truth that any day that you and your patients walk away unscathed, is a good day.

What does the future hold for emergency medicine?  What are you most excited about?

Emergency Medicine has been a ‘Cinderella’ speciality but thankfully, this image is gradually changing.  I can honestly say that some busy night shifts in the E.R. have been among the most taxing events of my 30 year career.  The issue of patients ‘breaching’ the 4 hour target is widely assumed to begin and end in the E.D., however the hospital culture, the management, and hopefully the public at large are gradually realising that patient flow is a societal problem, from the front door of the hospital to the discharge lounge, and onwards to community care.  I am excited at the prospect of this problem being properly understood, because, only then, can it be fixed.

What medical books have inspired you?

I recently read ‘On the move’ by Oliver Sacks.  It is autobiographical, and he is very open and honest about his own demons, flaws, injuries, and battles.  There are so many great aspects of this book, including his professional rivalries, his sensitivity to criticism, his interest in people, and his scientific integrity.  You finish that book wishing you could have met him!