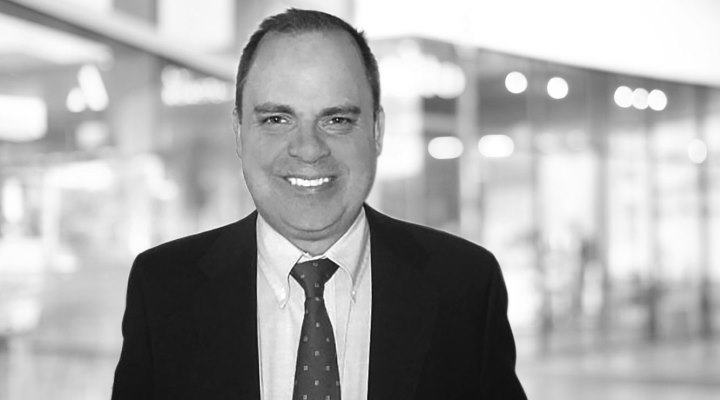 Robert Berwick originally grew up in Valhalla, New York but moved to Greenwich, Connecticut in 1989. He has three master’s degrees from Pace University, an MS in information systems (2004), an MBA in finance (2008), and an MS in accounting (2012).

His career in accounting began at Heineken USA in 2006. When he left in 2011, he got his MS in accounting and worked as a financial analyst and then as a staff accountant, until Robert Berwick got his State of New Hampshire CPA license in 2016. Since then he has been working as a senior accountant.

An avid sports fan, Robert Berwick loves baseball, basketball, and football. On Sunday mornings he plays on the Greenwich Tribe baseball team for the Westchester Putnam Men’s Senior Baseball League (West-Put MSBL). He first joined the team in 1999, and then he ran the team in 2005 to 2009 and again since 2016.

How did you get started in this industry? What inspired you to get your CPA?

I was working as an accounting and tax coordinator at Heineken USA when I decided I wanted to get my CPA. I had an MBA in finance, but I wanted to also get my MS in accounting and then sit for the CPA. I remember when people would ask me what I do for a living and I would tell them I’m an accountant, they would immediately ask me if I was a CPA. And I would say no, but I remember thinking, “well, why not? Why am I not a CPA? Why shouldn’t I be a CPA?” I’ve always liked numbers and I knew the CPA was very challenging, so I set it as my goal.

I decided on a career change, got my MS in accounting, and in 2015 I began working at a small CPA firm in Greenwich, CT. At that point, I began sitting for the CPA exam. In December of 2016, I received my CPA license.

How do you find new clients?

A lot of clients come from networking and referrals. When we have a satisfied client, often they will refer someone to us. It’s also common for CPA firms to merge, so that could be another way to get clients because you’d be combining two client bases together.

How long did it take for you to become profitable as a CPA?

Since adding my CPA license to my resume I’ve been given a lot more opportunities, so it didn’t take long at all. Before I got my license I was already doing CPA work, so I had that experience behind me when I did get it. The license gave me more credibility.

When you were starting out, was there ever a time you doubted you could get your CPA license? If so, how did you handle that?

In the beginning, I often questioned whether I’d be able to pass the exam and work at the same time because you have to pass all four sections of the exam within an 18 month period. Ultimately, I felt I could pass all the parts, but I wasn’t sure if I could do it within the 18 months. There’s not a lot of time to prepare for each section of the exam when you’re also working full time. I used to find myself staying up really late at night, studying more in the morning before I went into work, studying during lunch, and even sitting in doctor office waiting rooms. Any spare time I had was spent studying.

Thankfully, I love a challenge and that is how I saw the CPA exam. I viewed it as the last major academic challenge in my life. Obviously, you never finish learning, but in terms of having to take and study for a structured exam. And also, the woman I was dating at the time was also studying for the exam so we would study together. It was like a healthy competition. That motivated me as well.

What is one marketing strategy (other than referrals) that you’re using that works really well to generate new clients?

We have a good website. People that live in the area are going to search Google for local certified public accountants, so having a good website will help them find us.

I think it’s my competitive nature and my drive to succeed. I think that helped me in school significantly because I always want to do my best and come out on top. It was my nature that drove me to get three master’s degrees and then my CPA. I can also be a perfectionist, which led to wanting to have perfect marks.

What has been the most satisfying moment in your career so far?

So far, it was definitely getting my CPA license because of the credibility it gives me in this industry.

I haven’t read many books outside of textbooks for school, but I do regularly read the Journal of Accountancy online because it talks about trends in the industry. It’s a great resource for CPAs.

What is a recent purchase you have made that’s helped your career?

If I hadn’t purchased the Becker CPA software, I would have never passed the CPA exam.

What is the best part about being a CPA?

In terms of taxes, it’s the variety of the different scenarios that I deal with. I might do two or three returns a day and each one of them is different, each one will have different aspects to it. Some returns will be much more complex than others. Some will have elements another return doesn’t have. For example, for a personal return, one might have rental properties, one might have their own business, and one might have multiple broker statements with thousands of trades that need to be incorporated. And just like every return is different, every client is also different, too. So, it’s definitely the variety.

What advice would you give to someone considering taking the CPA exams?

I would tell that person that it’s definitely something worth investing the time in because of how in demand CPAs are and how much credibility and respect it will give you in the industry. It’s absolutely worth giving up 18 months of your social life to pass it. Remember, you only ever have to take that exam once. Once you’ve received your license, you just have to keep up on your CPD (continuing professional development) requirements but those are nothing compared to the exam. Eighteen months is worth a life-long career.