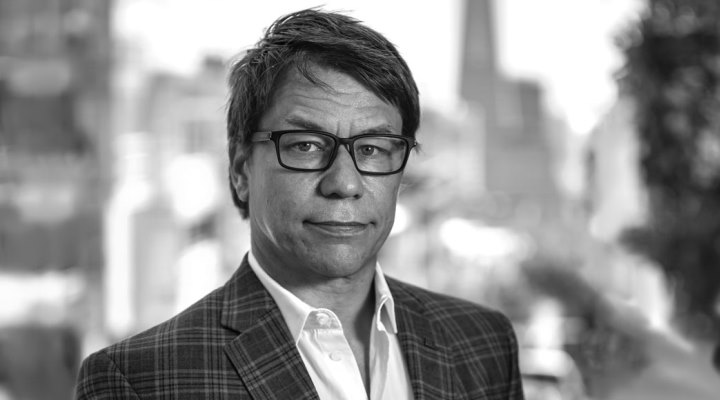 Jon Horvath was born in a University town in Northern Sweden where is father was a professor. He moved to Toronto, Canada after grade 1 and went to college at Queens University. Jon received his MBA from Northwestern University and began his career as an equity analyst at Lehman Brothers in 2001.

Starting out in computer hardware and semiconductor equity research, Jon quickly made a name for himself by dedicating himself to the learning of his new craft. After about a year, he had been promoted to a Senior Analyst and given his own coverage of stocks in the IT distribution sector. Then, when Lehman Brothers purchased asset manager Neuberger Berman, Jon was hand-picked to be an analyst in the founding team for a Neuberger Berman technology focused hedge fund.

Jon is also the founder and CEO of atan2 Corporation, a startup he created to develop an autonomous tracking camera. He also writes a blog on cryptocurrency with a focus on bitcoin price action.

In his free time, Jon cherishes the time he spends with his wife and young daughter. An avid fan of action sports, he also enjoys mountain biking, surfing, and skiing/snowboarding.

I have always been into action sports and was using do-it-yourself point-of-view (POV) cameras years before GoPro made them mainstream. I was shooting a lot of skiing and snowboarding first-person videos from a helmet mounted camera. After a couple of seasons of shooting POV, the footage became very repetitive. I came to the conclusion that athletes want to see themselves in their videos instead of endless scenery. So, I decided to create a camera that would film them from a third person perspective, centered and in focus, just like a Hollywood movie.

atan2 Corp, was created to develop and build an autonomous tracking camera for sports. The idea is that the athlete or rider would wear a tag that was located by the camera system. The camera would be in a fixed position but would pan and tilt autonomously to keep the rider centered in the frame. And, because the system was aware of the rider’s exact location zoom could be adjusted in and out keeping the rider a consistent size in the frame. There were lots of other features also designed to streamline the video capture process. The most basic one being, only record me when I’m moving. Another one is geo-fencing; you tell the camera which area to record you in. For example, if you are playing tennis you might only want the camera recording when you are on the tennis court.

I have changed focus a bit recently. I have mostly wound down atan2 Corp and am making my money mostly through trading cryptocurrencies, stocks and options.

It took a couple of years to become profitable as I have tremendous difficulty owning stocks at this point in the cycle. My background is as a fundamental investor, but trading on your own is very different as you don’t have access to the same information flow- for example frequently meeting with the c-level execs of the companies that you follow or picking up the phone to have a Wall Street analyst explain a recent call. I had to develop a new trading style that is more focused on technical analysis.

When you were starting out, was there ever a time you doubted it would work? If so, how did you handle it?

Right out of business school, as I mentioned earlier, I was doing Equity Research for Lehman Brothers in San Francisco. The issue with working in Equity Research on the West Coast is that the market opens at 630AM PT and the morning call where analysts update the sales force on their stock calls starts at the ungodly hour of 430 am.  Now, earnings season is when companies release their earnings, and most are clustered two weeks after each calendar quarter.  The process is that an earnings press release comes out, usually after market close and you update your model to reflect the reported earnings. You also tweak your earnings model to reflect the earnings outlook that the company has offered and at times you’re tweaking your stock rating plus target price. You listen to a 45 mins to one-hour long earnings call and write a multiple page report summarizing all of this. And, frequently you have multiple companies reporting the same night

In my first earnings season at Lehman Brothers, where you listen an earnings call for each company under coverage and write a report I wasn’t too efficient writing up the earnings report. I remember being in the office until 1AM to get everything squared away and of course my boss that had to be on the 430AM call was none too happy! I persevered and the next earnings season ran much more smoothly.

My startup where we were developing the tracking camera with the camera was mostly research and development but we did a Kickstarter campaign to validate the concept.

What is one marketing strategy, other than referrals, that works really well to generate new business?

So, like I mentioned, we ran a Kickstarter campaign to gauge demand for the product and validate the concept. It was great as it allowed us to get in touch with our customer base and poll them to find out what was most important to them in terms of feature set and price.

I would have to say it was winding down my company atan2. Even though we knew there was an underlying demand for our product we just couldn’t find the right product market fit. While very disappointing I think it was ultimately a necessary decision.

I have a good work ethic and am willing to learn as much as I can about whatever it is I focus on. I don’t believe in doing things halfway. From the very start of my career, I wanted to do my best and that has never changed. And, it doesn’t matter what I am doing, whether it’s trading, blogging, or cooking. The effort you put in is what measures your success.

With my startup, we went to several pitch events where you are presenting your idea in front of a crowd to a panel of investors. It’s a great way to build engagement with the startup community and get noticed. I probably did at least a dozen of these events over a couple years.  I was happy when we won runner-up at one of these events but even more satisfying when we won first place.

I recently enrolled in a data analytics boot camp. I am excited about taking the analytical skills that I honed analyzing industries and companies on Wall Street, adding some of the tools from the data analytics bootcamp and then, with access to much more information, analyzing the companies’ performance internally. I think it’s a natural progression.

I have read many books that have inspired me. The most influential I have read recently is Capital in the 21st Century by Thomas Piketty. He is the first person to ever do a study with all the historic information on wealth and income and how they develop over time. This book really shines some light on today’s extreme wealth inequality.

What is a recent purchase you have made that has helped your business?

I would say enrolling in the Data Analytics bootcamp has helped my trading already. I’m currently using some of the tools that I learned in the bootcamp to build a sentiment dashboard for trading cryptocurrencies. Cryptocurrencies, in general, have very little in terms of fundamentals that can help with forecasting price action when compared to stocks or bonds. However, there is of course technical analysis and there are some other “sentiment” indicators that are available from disparate places. These are mostly available from exchanges via API and can really help me understand how investors are positioned which helps me build conviction in my trades.